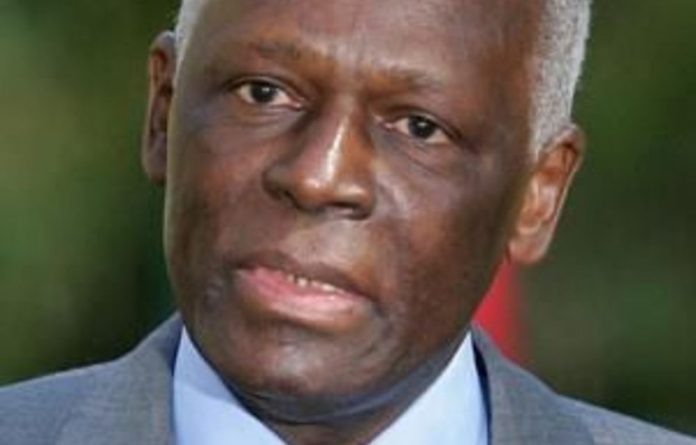 Angola will this week celebrate 10 years of peace after a devastating civil war, with parades and concerts hailing President Jose Eduardo dos Santos for ushering in an oil-fueled economic boom.

Dos Santos will unveil a peace monument in the eastern town of capital of Luena, near the site where Unita rebel leader Jonas Savimbi was killed in battle on February 22, 2002.

Savimbi’s death paved the way to a peace deal signed in the capital Luanda on April 4, 2002, ending the 27-year civil conflict that erupted soon after independence from Portugal in 1975.

But despite the parades and the peace monument, tensions remain — with not everyone content at the dominance of Dos Santos.

The president, in power for 32 years, not only dominates the political sphere but presides over a vast network of patronage, according to former prime minister Marcolino Moco accuses .

“For the international community it is very important to see that in Angola things aren’t good,” he said. “I am very concerned with the situation of human rights and problems of corruption in Angola.”

Angola is well used to international influence. Cold war powers turned the country into a proxy battle that pitted the then-communist MPLA-government against Unita and the Front for the Liberation of Angola (FNLA).

Cuba and the Soviet Union supported the MPLA, while the United States and apartheid South Africa assisted the rebels.

After the fall of the Berlin Wall, international pressure led to a peace agreement in 1991. Dos Santos won the first round of a 1992 election, but Savimbi rejected the result and pulled Angola back into war.

The conflict left an estimated 500 000 dead and displaced four million others. Roads, bridges, farms and entire towns were destroyed.

Out of the ashes
This legacy is still visible, even as Angola emerged from the ashes of war as one of the world’s fastest-growing economies.

Nearly 2.4-million people, almost a fifth of the population, still live in areas riddled with landmines, according to the International Campaign to Ban Landmines.

Angola is running behind on pledges to destroy all the landmines, and last month applied for an extension to its deadline under the Ottawa Treaty to complete de-mining by 2013.

“Another legacy of the war is a lack of efficient public policies, which weren’t a priority during the conflict,” said Markus Weimer, Angola specialist at the Chatham House think-tank in London.

Basic services are still trailing and education levels are very low because a whole generation of Angolans didn’t study during the war, he said.

Rare sign of dissent
Youth and opposition groups held several protests over the past year to demand reforms, but police quickly broke up the demonstrations. Still, they marked a rare sign of dissent under a government that allows none.

“You could say there’s a mental block against any opposing debate,” Angolan sociologist Joao Nzatuzola said.

In the the oil-rich enclave of Cabinda, a separatist uprising still rumbles.

But any organised opposition has been getting weaker. As a political party, Unita was crushed in the last elections in 2008, with Dos Santos’s MPLA taking an 80% majority.

New elections are expected later this year, despite worries about the organisation of the polls, only the third since 1975.

‘Illegal board’
“In a normal country the election would have been delayed. With five months to go, we have no infrastructure and an illegal board,” said Horacio Junjuvili, a Unita member of the electoral commission.

Suzana Ingles, formerly a top official in the MPLA women’s wing, has sparked an outcry since her appointment as head of the commission. Unita argues she doesn’t meet the legal requirements for the job.

“My advice to the opposition is I think they should stop” from taking part in the elections, Moco said.

“They should speak to the president and say there’s a lot that needs to be changed.” — Sapa-AFP

The Bertelsmann Transformation Index Africa Report 2020, A Changing of the Guards or A Change of Systems?, suggests that we should be cautious about the prospects for rapid political improvements
Read more
Analysis

"African corruption" is only African as regards its victims. Its perpetrators are institutions and individuals from across the globe who are willing to loot without conscience as they watch their offshore accounts grow.
Read more
Advertising