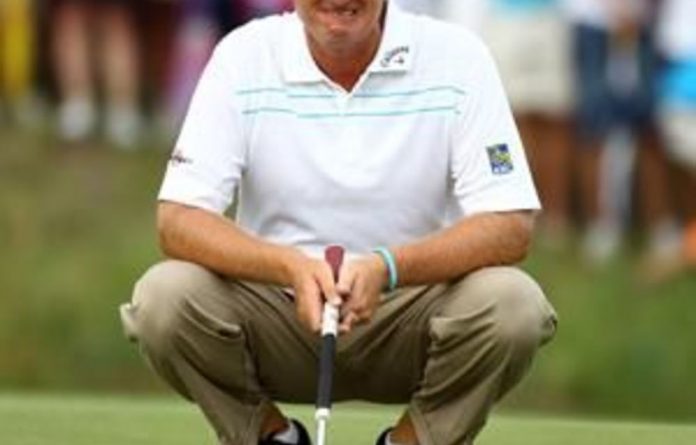 Ernie Els says he has only himself to blame after he failed to qualify for the first Major of the year.

For the first time in nearly two decades, the Big Easy will not be driving down Magnolia Lane when the Masters starts at Augusta on Thursday.

“Obviously I’m disappointed to not be in this year’s Masters,” Els said on his website.

“Since I’ve been a professional at this level I’ve always played Augusta National and enjoyed it. To be honest, it’ll be quite a weird feeling not being there,” he added.

Els needed to win last week’s Shell Houston Open on the PGA tour to get the last spot in the year’s maiden Major championship, after slipping outside of the top 50 in the world rankings.

He said earlier in the year he would attempt to qualify for the Masters, but despite an upturn in form, a dismal 2011 season left him too much to do to make it into the field.

“I put myself in this position by not playing well last year and that’s that,” he said.

“It’s not going to change my life. It’s just one of those things. I’ll be back there next year.”

The Masters committee can invite players they would like to see competing, but they have not sent one to the World Golf Hall of Fame member.

“Of course I’ll miss it, but I can’t blame the Masters committee for not inviting me … It is an invitational event and they have their reasons to invite somebody or not.

“So, yes, it’s a little bit sad that an 18-year streak has come to an end, but I have only myself to blame,” said the Big Easy.

Close to the Green Jacket
Els came closest to winning at Augusta in 2004, when American Phil Mickelson bagged his maiden Major with a putt on the 72nd hole that just managed to trickle in to deny Els the Green Jacket.

Since that crushing loss, Els has not had a top-15 finish at the event.

He finished second at the Masters for the first time in 2000 when a certain Tiger Woods romped to a 15-stroke victory.

While Els will have some feelings of disappointment, his upturn in form bodes well for the rest of the year, and missing the Masters may give him the extra motivation that may have been missing in recent times.

“As I said last week, what’s more important to me just now is the fact I’ve succeeded in turning my game around and I’ve had to dig very deep but I really feel like the hard work is paying off,” he said.

Els believed a win was not far away for the 18-time PGA tour winner.

“It’s only the first week of April and I have a long season ahead of me with lots of great tournaments to look forward to. And you know something, I genuinely feel like I can win any time I tee it up right now. That’s exciting,” said Els. — Sapa