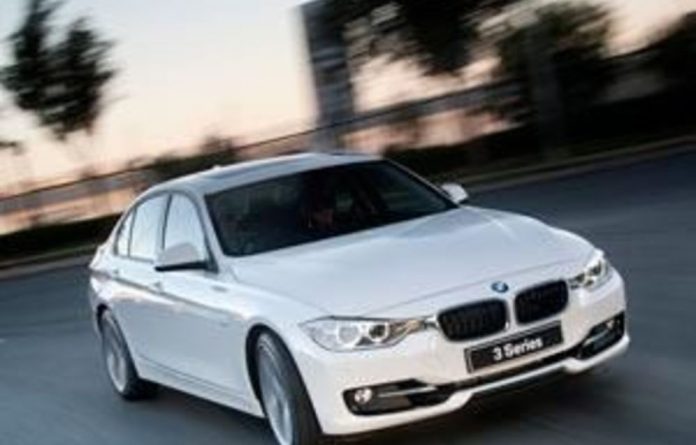 The most important quality of the new BMW 3-Series sedan is not its increased size, the additional safety features, the nifty optional extras or even the decreased CO2 emissions across the range.
The most significant aspect of BMW’s new bread-and-butter model is the fact that it’s going to create up to 600 additional jobs at BMW’s manufacturing plant in Rosslyn, Pretoria when the company adds a third shift to its operation.

In the past three years, BMW South Africa has invested R2.2-billion in its local plant to upgrade its facilities and to increase production of the 3-Series.

The Rosslyn plant (together with other vehicle manufacturing plants in South Africa) adds roughly 6.2% to South Africa’s GDP and a high percentage of the material used in the production of the 3-Series is sourced from local original equipment manufacturers.

In addition to creating new jobs, BMW South Africa’s HIV/Aids programme, which it tailor-made for its employees at Rosslyn, is going to be adopted by BMW’s other manufacturing plants across the globe. It’s also worth noting that BMW’s clinic in Rosslyn attends to 7000 patients every month.

Like most car-owners, I believe South Africans should be given discounts on cars manufactured in this country, but when one considers how many people have jobs and access to medical care as a result of these plants, I’m more inclined not to put too much of a squeeze on the manufacturers, especially given that labour is cheaper in other countries such as India and China.

Back to the car being launched.

The BMW 3-Series has entrenched itself over the years as the sporty alternative in the mid-sized luxury sedan segment and since 1974, the five generations of this car have sold over 12-million units worldwide.

Three models of the new 3-Series (known as the F30) are being launched in South Africa — a 320d (with 135kW of power and 380Nm of torque), a 328i (180kW and 350Nm) and a 335i (225kW and 400Nm). An entry-level 320i will be added to the range in May as well as an optional M Sport package, which consists of interior and exterior trim features. Why anyone would want to put an M Sport package on a car that isn’t an M derivative is beyond me, but there clearly is a demand and that’s why the much-loved M trim is being made available.

During the launch, we drove the 320d and the 328i on fairly lengthy stretches of rough single-lane roads as well as in Pretoria and on properly tarred highways, so it was a good mix to test the cars. And to make the drive even more interesting, it rained throughout the day.

Both the 320d and the 328i performed superbly. I can’t say anything about the 335i because I didn’t get to drive it as the journalists
+ driving those cars during the launch were clearly directionally challenged as they veered off course and we were unable to do the scheduled car swops, which would’ve enabled us to drive all three models being launched.

The 328i replaces the 330i and while many Beemer fans have a great affinity for the 330i, they have nothing to worry about because the new-generation turbo-charged two-litre engine is more than capable of replacing the 330i.

To further test the 328i’s abilities, we were given the chance to throw it around the Zwartkops Raceway, outside Pretoria. Despite the fine haze, which eventually turned into a downpour, the 328i was a perfectly balanced drive. In Sport mode, it felt noticeably tighter and it took on a slightly edgy demeanour as we pushed the car deeper into the corners, braking late and somehow only eliciting a smidgeon of tyre squeal.

While I was a little disappointed about not being able to drive the 335i on the track, the 328i showed us that all the enhancements to the new model range further entrenches the 3-Series as the comfortably dynamic option in this segment.

A few notable features across the new range include the fuel-saving Auto stop/start function as well as the Driving Experience Control system with an Eco Pro setting, which utilises the car’s technology — such as brake regeneration — to aid economical driving. The cars also come equipped with seven airbags, ABS brakes with dynamic traction control, a parking assist function, active cruise control and the iDrive system is now a standard feature. A particularly practical feature is the fitment of a sensor under the boot, which opens the boot if you wiggle your foot under the rear bumper. This will prove quite useful when your hands are full and you can’t reach for the keys to open the boot.

Shake off the city limits with the new Jeep Cherokee