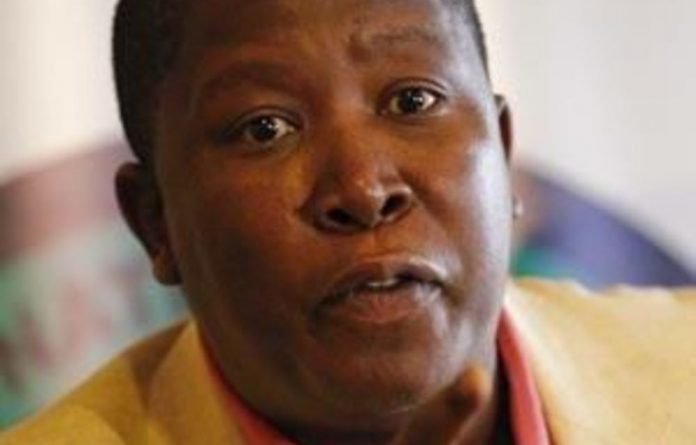 The hearing would be held on April 12 at the party’s Luthuli House headquarters, in Johannesburg, NDCA chairperson Cyril Ramaphosa said in a statement.

“The date of April 12 was suggested in a letter dated March 30 from the legal representatives to the chairperson of the NDCA.”

Malema has been expelled from the ANC for sowing division in the party and for bringing it into disrepute.

He was found to have done so by unfavourably comparing the leadership style of President Jacob Zuma to that of former president Thabo Mbeki and for remarks about bringing about regime change in Botswana.

He remains ANC Youth League president until all options to overturn his expulsion have been exhausted.

Shivambu was also found guilty of sowing division and for bringing the ANC into disrepute.

Remaining defiant
He was suspended from the ANC for three years for swearing at a journalist and for issuing a statement calling for a change of government in Botswana.

Despite Malema’s expulsion, the youth league has remained defiant, with provincial leaders insisting that he will stay league leader.

Should Malema’s appeal fail, he can ask the ANC’s national executive committee to review the matter.

Should this also fail, he can raise it on the floor of the ANC’s elective conference in Mangaung in December.

Last month, Malema said he would seek redress in the courts if his expulsion was upheld.

Until now, he has consistently rejected the idea of taking legal action against the ANC.

“I said I would not go to court but now I have decided to do so,” he said.

“I need no mandate and act as an individual whose rights have been violated.” — Sapa