Netanyahu defiant in the face of sanctions 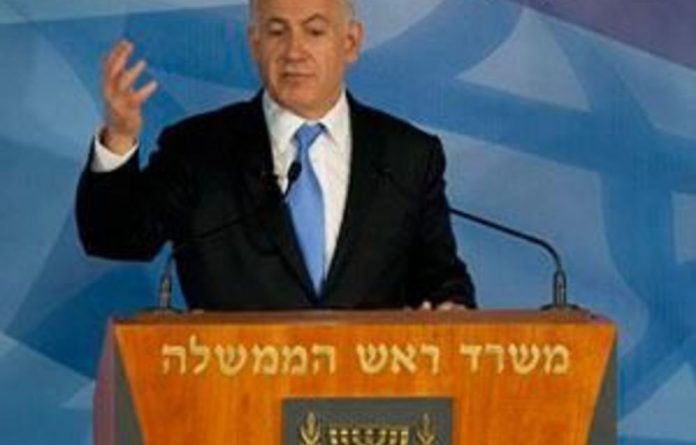 Israeli Prime Minister Benjamin Netanyahu said on Tuesday that international sanctions were hurting Iran’s economy but not enough to persuade it to curb its nuclear ambitions even slightly.

“The Iranian government … is having economic troubles but it has yet to move backward, even a millimetre, in its nuclear programme,” Netanyahu told a news conference he called to mark his right-wing government’s third anniversary in power.

“Will these difficulties bring the government in Tehran to stop its nuclear programme? Time will tell. I cannot say to you that this will happen. I know there are difficulties, but there has yet to be a change.”

His comments came after a senior Revolutionary Guards commander was quoted as saying that the US would not be safe from retaliation if Washington attacked Iran in an attempt to blunt its nuclear programme.

On Friday, US President Barack Obama vowed to press ahead with tough sanctions on Tehran, saying there was sufficient oil supply in the world market to allow countries to cut Iranian imports.

In his own remarks, Netanyahu shed no new light on how Israel might deal with what he has said is Iran’s intention to build atomic weapons that could threaten the existence of the Jewish state.

Military action
Both Israel, widely believed to be the Middle East’s only nuclear power, and its main ally, the US, have held out the prospect of military action against Iran if sanctions do not work. Iran has said it is enriching uranium for peaceful purposes.

Returning to a familiar theme in Israel’s discourse on Iran, Netanyahu contrasted the helplessness of Jews during the Nazi Holocaust to the military strength and diplomatic influence of the Jewish state founded after World War Two.

A rash of public comments two months ago by Israeli officials suggesting time was running out for Israel to mount any effective military strike against Iranian nuclear facilities, some of which have been moved underground, stoked international concern.

But more recently, Israel has cautiously welcomed the planned resumption later this month of big-power nuclear talks with Iran.

“I will do all I can to fend off this danger,” Netanyahu said in reference to Iran’s nuclear programme, “I hope we will be able to do this together with the leading players in the international community, it is a great danger to them, but first and foremost it is a danger to us.” — Reuters