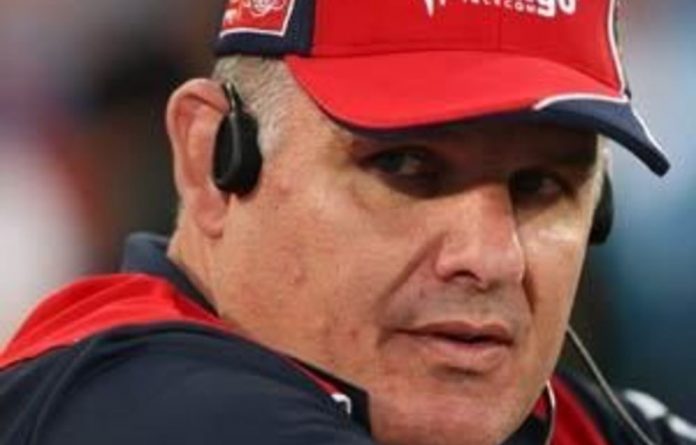 The Queensland Reds face Australian conference-leaders the ACT Brumbies in their first home match in a month in rugby’s Super 15, desperate to end a three-match losing streak and breathe life into their ailing title defence.

The injury-depleted Reds lost all three matches on their recent road trip to South Africa and Perth and their most-recent losses, by 61-8 to the Bulls and 45-19 to the Western Force, have damaged their bid to retain the championship.

A further loss on Friday would place the 2012 title almost beyond Queensland’s reach. In a compounding factor, the Otago Highlanders and the Stormers clash in Dunedin in a match on Saturday which will reveal the strength of their claims to the Reds’ crown.

The Cape Town-based Stormers will be aiming to extend their unbeaten record through five matches this season while the Highlanders will attempt to post their sixth win from seven matches, building on last week’s impressive 43-12 win over the Melbourne Rebels.

The Stormers are coming off a gritty 20-17 win over the Bulls which may have left them physically depleted as they embark on an immensely difficult tour involving matches against the Highlanders, the Canterbury Crusaders, the Reds and the Force.

But the Reds vs. Brumbies clash will set the tone for a weekend of pivotal matches within conferences and in terms of overall standings. The Brisbane match brings together the two top teams in an Australian conference mainly notable this season for under-performance.

Though the Brumbies lead the Australian standings with a 3-2 record after last week’s narrow home loss to the Durban-based Sharks, they are in sixth place overall in the championship table.

Concerns
The Reds are ninth, the New South Wales Waratahs 10th, the improving Force 11th and the Rebels are in last place, though with the same number of points as the Auckland Blues and Johannesburg-based Lions.

Not only is the Reds’ title defence flagging but the wider performance of the Australian teams has become a concern. The Brumbies are the only team to have beaten the Highlanders this season but their form has been mixed with narrow wins over the Force and Cheetahs and losses to the Waikato Chiefs and Sharks.

A win over the Reds would put them well clear of their Australian conference rivals and would leave Queensland’s campaign almost irreparably damaged. Reds coach Ewen McKenzie, lauded for his performance in taking Queensland from the bottom of the table to the top in the space of a season, remains confident his team can turn around its current form slump.

“It’s disappointing and complicated and all those things but it’s also a challenge and we’ve got a simple chance to show character and we’ll take this opportunity to demonstrate character,” he said. “The wheel will turn. There’s too much pride for it not to come together. We’ll fight our way out of it.”

The Stormers faced the toughest test of their unbeaten record when they held out the Bulls’ comeback in last week’s physical South African derby. They now face a test of their ability to win abroad.

The Stormers share the second-best defensive record in the Super 15 but coach Allister Coetzee said the development of their attacking game this season had pleased him most.

“Having a great defence is not necessarily a way to win the competition,” Coetzee said. “I thought that we were really good on attack [against the Bulls] …. We had the most tackle-breaks and most line-breaks in the game. Maybe we weren’t outstanding because we didn’t finish those opportunities. But just creating them against a quality Bulls side shows that we are at the right place.”

Best performance
The Highlanders produced their best attacking performance of the season in last week’s seven-try win over the Rebels and have the chance with a win on Saturday to take first place from the Stormers.

Otago is expected to confirm the signing of Japan-based All Blacks flyhalf Mike Delany as an injury replacement after the loss of current All Black Colin Slade with a broken leg and Lima Sopoaga with a broken collarbone.

The seventh round of the season also contains a compelling contest at Pretoria between the Bulls and the Crusaders who collectively have won 10 Super Rugby titles. Both teams have 3-2 records, are fifth and sixth respectively in the standings and are near a pivot point in their seasons.

Canterbury ground out a narrow win last week over the Lions after an equally close home win over the Cheetahs. Asked if the Crusaders could expect to beat the Bulls with a continuation of such moderate form, captain Kieran Read said “no, to put it bluntly. I don’t think so”.

“We know that and we have got a lot more in us,” he said. “We are confident we can turn it around and really up our performance.”

The seventh round, elongated over the Easter weekend holiday, begins on Thursday with a match in Melbourne between stragglers the Rebels and the Blues. In other matches, the Wellington Hurricanes play the Sharks and the Force host Waikato. — Sapa-AP