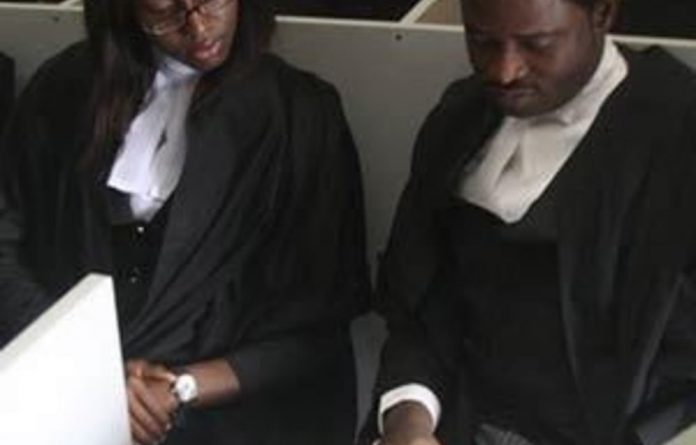 Lawyers argued on Tuesday whether Nigeria’s president had the power to use heavily armed soldiers and armoured tanks to stop a massive protest this January in the nation’s largest city over spiralling petrol prices.

The lawsuit brought by the Save Nigeria Group could be the strongest judicial test to presidential power in a nation long run by iron-fisted military rulers. The group said the government quashed the freedom of speech constitutionally guaranteed in this young democracy.

“No matter how deep they are into despotism, they still have a modicum of respect for the courts,” said Tope Adebayo, the head lawyer in the suit challenging the military deployment. “They don’t have a defence. Everybody in the whole world knows what happened.”

In its lawsuit, the Save Nigeria Group asks for $625 000 in damages and an injunction stopping Nigeria’s President Goodluck Jonathan from using the military to halt future peaceful protests. At a court hearing on Tuesday in Lagos, Adebayo told Justice Steven Adah that ruling in favour of the suit would “strengthen our democracy”.

Protests began in Nigeria after Jonathan’s administration announced on January 1 the removal of popular subsidies on petrol that keep prices low in the oil-rich nation. Overnight, the price at the pump jumped from 45 cents per litre ($1.70 per gallon) to at least 94 cents per litre ($3.50 per gallon).

Labour and trade unions announced a nationwide strike that paralysed business and daily life throughout the country. The government’s decision sparked rage as Nigerians as a whole view low fuel prices as the only benefit the average citizen sees from the nation producing about 2.4-million barrels of oil a day. Subsidies have been in place since 1973 in a nation where those who can afford it depend on diesel and petrol generators for electricity.

After a six-day strike, Jonathan announced a new, partially subsidised price of 60 cents a litre ($2.27 a gallon) to ensure the protests stopped. The president deployed soldiers into Lagos and other areas in the country who blocked demonstrators and at times fired live ammunition and tear gas at them.

Supporters
The lawsuit centres around the daily Lagos demonstrations organised by the Save Nigeria Group, an advocacy group led by organisers including Pastor Tunde Bakare, a failed vice-presidential candidate of the opposition party the Congress for Progressive Change in the 2011 election. Buoyed by support from popular musicians and actors, the gatherings at Lagos’ Gani Fawehinmi Park drew tens of thousands of people in nation once cowed into submission by military rulers.

At Jonathan’s order, soldiers swarmed the park with armoured tanks, turning away and threatening those who attempted to protest. The troops only left the park, a neatly pruned grass strip along a major highway and at the foot of the city’s massive garbage dump, weeks later.

Taiwo Abidogun, the lawyer representing Nigeria’s government, said the lawsuit should be dismissed on technicalities. The lawyer also said the Save Nigeria Group failed to showed the damage done by putting soldiers into the streets of Lagos to quell the demonstrations.

“Nobody has said he was personally harassed, wounded or injured,” Abidogun said.

But the move by Jonathan to put soldiers on the street represented the first time that a leader massively deployed soldiers on the streets across major cities since the nation became a democracy in 1999. Members of his administration went even further, warning anyone who continued protesting they would be committing a treasonable offence. That threat was last used by late military dictator Sani Abacha, a kleptocrat who organised killings of his political enemies.

For Adebayo, that’s why the lawsuit remains so important to Nigeria’s nascent democracy.

“We believe the court is still the last bastion of hope for the common man,” he said.

Justice Adah said he expects to rule on the lawsuit on May 24. — Sapa-AP