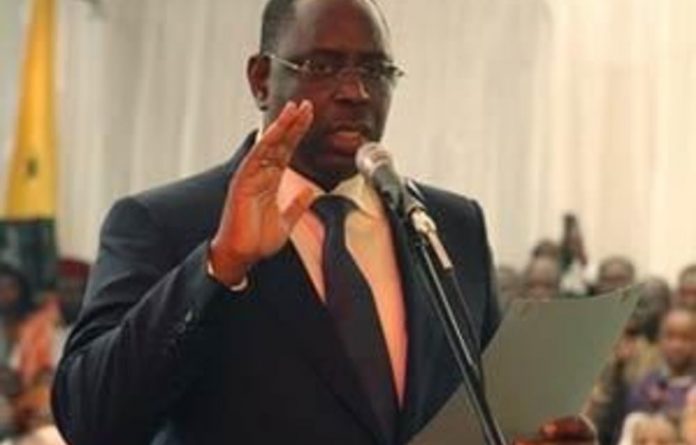 In the first three months of 2012, Senegal took Africa through a rollercoaster of electoral intrigue. The once-hailed bastion of democracy in West Africa seemed heading full steam towards the usual but deeply saddening African governance disaster. And when all hope seemed lost, the surprise concession of defeat in run-off elections on March 25 by former president Abdoulaye Wade restores Senegal’s honour. Ironically, the man who seemed to be jeopardising Senegalese democracy has given it its true birth. And while the world cheers and leaders congratulate Wade and the Senegalese people, one cannot help but feel — fragile. Let me explain.

In Wolof, Senegal’s dominant language, wax waxeet, a simple phrase has taken on gargantuan proportions. “Wax” means to speak; “waxeet” on the other hand means to undo that speech, to unspeak, literally. The Senegalese take great pride in the art of rhetoric. Complex argumentation is a skill worn prominently on the streets of Senegal. In fact, so prominently that it takes aback those Africans who come from cultures where respectable and honoured men are known by their few words breaking long silences. In Senegal you are what you say, eloquently and loudly.

This makes for fascinating discussions on airport taxi rides. It has allowed Senegalese TV and radio to develop talk shows that are among Africa’s most engaging. Senegalese music of all shades retains that striking sense of eloquence; the print media tries but unfortunately can’t deliver the same dramatic effect. Yet all this talk can also be incredibly irritating when one is trying to do some shopping in Dakar’s bustling Sandaga market. Bargaining can quickly turn into a veritable shouting match.

It is not unusual to see groups of Dakarois (meaning residents of Dakar, yet the pun is exceptionally rich because “rois” is French for “kings”) on street corners, arms flying, engrossed in animated debate. And I mean, these guys can be lanky. Most of all, never accuse a Senegalese of saying something different from what he previously said, even in casual talk. Reaction is quick and fierce; lying is considered most dishonourable.

How does this all fit into the events of the last three months? You see, Wade had promised the people of Senegal that he would not seek a third term as president. In fact, he more than promised: in 2001 he led a move to limit presidential terms to two seven-year mandates. Founding president Leopold Sedar Senghor and his successor Abdou Diouf served for two decades each. Wade had languished in the opposition since the 1970s and this was his chance to bring true democracy. The people loved him for it. He continued to spur economic growth, transforming Dakar radically: roads and other physical infrastructure are markedly different now. Taxi drivers gladly show off whole sections of Dakar that 12 or 13 years ago were mere bush.

But “something happened on the way to heaven”, as Phil Collins would say. Another constitutional amendment saw the presidential term reduced to five years. The towering “African renaissance” statute became a personal project, for which Wade was paid royalties by the state! Corruption scandals increased. When his son, Karim, failed to win the Dakar mayorship in March 2009, something unheard of for a ruling party in Senegal, he was rewarded with a Cabinet appointment. This “super-minister” was given conglomerate big-budget portfolios that had the Senegalese media openly call him “Karim buur” — Karim the King.

Ugent appeals
Moreover, the premier African Union human-rights watchdog, the African Commission on Human and Peoples’ Rights, between 2008 and 2010 issued more urgent appeals to Senegal calling for release of journalists or condemning their prosecution than that at any other time in the commission’s 25-year history. Inter-religious tensions, too, are rising in a country known for its exceptional tolerance. Senghor, a dyed-in-wool Catholic, peacefully ruled Senegal — a majority-Muslim nation — for decades.

In June 2011, the ruling party sought to pass amendments to the electoral law that would see the president and vice-president elected at an astounding 25% in the first round. Popular street protests not only forced a retreat by government on June 23, but gave birth to Mouvement 23 or M23, the loose coalition of politicians, civil-society leaders and rappers and other youth activists whose common purpose was stopping a third term for Wade.

By this time, it was clear. Wade had spoken in legalese, denying that he ever promised not to seek re-election. He claimed his first seven-year term was not covered by current constitutional provisions. To his mind, he was eligible for a second five-year term. But, to the people, Wade had wax waxeeted on his retirement promise, unsaid what he had said, done the unspeakable; the initials “www” quickly became “Wade waxoon waxeet“.

The matter of the unspeakable Wade came before Senegal’s top court, the Constitutional Council, and its verdict on January 27 affirming Wade’s eligibility for re-election threw the country into chaos. Thousands of young “kings of Dakar” and compatriots took the streets. Tens have died, thousands were injured and property worth billions of CFA lost.

But the elections went on, with the first round on February 26. Wade got 34.8%, not the majority he needed to avoid a run-off with the country’s President Macky Sall, his former prime minister (2004-2007), who garnered 26.5%. As Sall launched his run-off campaign, he promised to address electoral intrigues. He promised to respect the two-term limit of a five-year presidential term. Even more significantly, he said he would change the composition of the Constitutional Council, from five to seven, with nominees from the presidency, the National Assembly and the judiciary, thus ending presidential domination of Senegal’s highest court.

In the run-off, the opposition united behind Sall, just as it did when Wade himself defeated former Diouf in 2000. The voice of the people was clear, and in a surprise move, shortly after polls closed, Wade called Sall and conceded defeat. Huge sigh of relief.

Enter the Community Court of Justice of the Economic Community of West African States (Ecowas). In the week leading up to the first-round elections on February 26, leading Senegalese human rights NGO Raddho filed a case before the Ecowas Court, challenging the legality of the elections and accusing the state of culpability for human-rights violations in the deadly police suppression of protests. Never before has a supra-national court ruled on election legality in Senegal, nor has an Ecowas state been called to account for violation of the Ecowas Democracy Protocol, is a stringent and progressive treaty that, among other things, prohibits changes in electoral law six months before an election.

Human rights
The case had initially sought to halt the February 26 elections, but the Ecowas Court has never been known to move in a few days. Nevertheless, it has heard the case once and will hear it again on May 4. Will it find that the decision of a top national court, the Senegalese Constitutional Council, violated Ecowas laws? Will it find human-rights violations in the conduct of police in the pre-electoral period? If yes, what remedies will it order for the victims of abuses? What will it demand that Senegal ensure there is no further violation of Ecowas law? And would any such measures matter, now that the electoral intrigues have been settled by Wade’s concession?

Although not initially conceived as a human-rights court, the powerful Ecowas Court has repeatedly stood its ground in the protection of human rights. States and political commentators have been taken aback by its series of categorical decisions. It ordered the Gambia to pay $200 000 to Musa Saidykhan, a journalist who had been tortured, and a further $100 000 after the disappearance of another journalist, Chief Ebrimah Manneh. It ordered Niger to compensate Hadjatou Mani approximately $20 000 for not preventing her enslavement in its territory.

Which brings us back to fragility. Next door in Mali, a bunch of soldiers walked into the state broadcaster’s building (and the presidential palace), took the mic and announced a coup and the suspension of the Constitution, bill of rights, Parliament and all the usual stuff that comes with coups d’etat. Just like that.

In Senegal, democracy almost vaporised — until Wade chose integrity over infamy. Wade seems to be a man who was misled, who believed too much in himself, but once he understood the popular voice, he honoured it. Africans usually vote peacefully but elections degenerate into violence if blatantly rigged results start coming in.

The Senegalese drama teaches us that we need strongly rooted institutions to help govern African states, not super-centralised monoliths that sway at the whim of one man. Otherwise, in another 10 years, we may well be writing unfavourably about one Macky Sall.