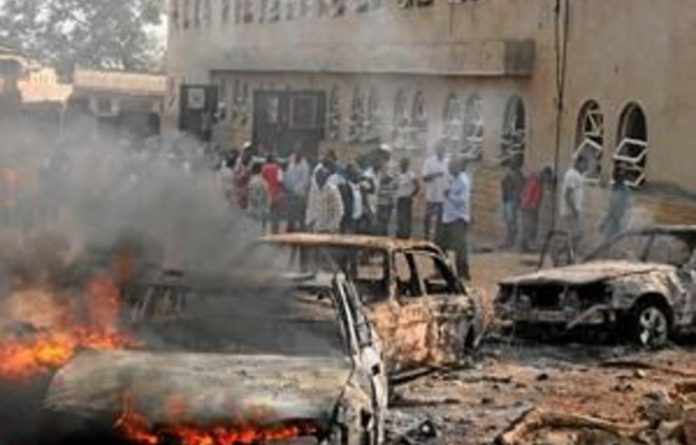 On January 20, the ancient city of Kano in Nigeria was racked by mass violence. Eight explosions across the sprawling city of more than three million people were accompanied by day-long sporadic gunfights. In the aftermath, 186 people lay dead, most of them innocent civilians.

These atrocities were claimed by the Islamist group that has gained global notoriety as Boko Haram ("Western education is sin"). Since January, Kano has suffered numerous drive-by shootings and at least four attacks on police stations, all attributed to the insurgent group.

The atrocities in Kano are just the tip of a murderous iceberg that has consumed much of northeastern and north-central Nigeria. Since 2010 numerous suicide bomb attacks on churches, the United Nations mission in Abuja and on security forces, coupled with the targeted shooting of government officials, Islamic opponents of the group and other civilians, have led to the death of at least 1 200 people.

Who is Boko Haram?
Boko Haram's active gnawing at the religious, ethnic and regional fault lines of Nigerian society threatens the existence of the state. Who then is Boko Haram? What does it stand for? And what does it want?

These are questions that Nigerians are grappling with in a rancorous debate that has generated more heat than light. If truth be told, domestic discourse on Boko Haram hardly goes beyond the peddling of unsubstantiated conspiracy theories. The dominant conspiracy theory in the south and among Christians is that Boko Haram is the handiwork of disgruntled northern Muslim politicians who want to make life unbearable for a southern Christian president. Despite being trumpeted to the whole world by the likes of Wole Soyinka, the eminent Nobel laureate, not a shred of evidence has been advanced to substantiate this claim.

In the north and among Muslims the conspiracy theory is that Boko Haram is not the doing of Muslims, but the machinations of enemies of Islam who want to discredit the religion.
Such northern denialism is quick to point out isolated instances, such as Bauchi where eight Christians were arrested allegedly for attempting to bomb their own church.

In between these conspiracy theories of domestic provenance is the claim that Boko Haram is the work of the Americans because two studies by United States institutions had predicted that Nigeria would disintegrate by 2015 and 2030, respectively.

Just as confusing are the many write-ups on Boko Haram by some insightful foreign academics, not to mention the instant experts from the world of journalism.

To cite two contrasting examples, Professor Jean Herskovits, a pre-eminent American Nigerianist, insists that there is no such thing as Boko Haram, because the military smashed the group in 2009. She suggests that what is labelled as Boko Haram is just the disjointed activities of a few criminal gangs.

The Economist of London has suggested that the group represents the attempt of disenfranchised youths in northern Nigeria to tap into the heavy amnesty funding enjoyed by Niger Delta militants and these youths may have turned to violence to get "a slice of the amnesty cake".

To get past this unhelpful cacophony of domestic and foreign noise on Boko Haram, we need to start our search for understanding by closely examining the group itself. We know, for example, that it started in its current form in about 2002 in Maiduguri. Their rural base was destroyed in an army assault in 2003, but they regrouped in Maiduguri.

Helpful?
We also know that the group provides education, basic services and informal-sector jobs to its supporters, most of whom are marginalised people with little education, or lower middle-class elements with some education but with few prospects in the oppressive competition and corruption of Nigerian society.

The 2009 clash between the group and the security forces — and the extrajudicial killings of its leaders — set the stage for the current insurgency. The disparate cells of the group in northern Nigeria are allegedly run by a shura (consultative) council under the leadership of Imam Abubakar Shekau, their fugitive leader.

We also know that the group has sponsored bank raids to raise money and claims that it established contacts with al-Qaeda in the Islamic Maghreb and al-Shabab in Somalia.

But when we come to what the group says, we begin to realise how enigmatic it remains. By its own definition it is Salafist, wedded to an austere and fundamentalist interpretation of early Islam. It is also jihadist, indicating a commitment to actively promote its cause.

The slain leader of the group, Mohammed Yusuf, was also reported to have argued that Darwin was wrong on evolution, preferring instead the creationist stories so beloved by contemporary US Christian fundamentalists. Yusuf is also reported to have argued that the Earth is flat. These latter positions and the sobriquet of Boko Haram have cemented the wrong impression in the popular imagination that this is an anti-modern movement frozen in sixth-century Islam.

With respect to wider Nigerian society, Boko Haram has advanced a number of contradictory demands. For example, demands that southerners move out of a presumably "Muslim" north sit side by side with demands for the abrogation of the republican Constitution and the democratic ­system and their replacement with an Islamic form of governance throughout the country.

There have even been calls on President Goodluck Jonathan to convert to Islam. Among these confusing demands, one that has been consistently trumpeted is the demand that the security forces stop persecuting Boko Haram's members and that those in detention be released. Unfortunately, this apparent demand for the right to worship, clearly supported by the Nigerian Constitution, is sullied by the presumed right of the group to kill its opponents.

Pulling all the diverse strands together in seeking to understand Boko Haram, we can begin to see some important features in our quest. Firstly, Boko Haram must be understood as an evolving organisation, whereas most analysts have a static view of it. Secondly, the rise of the organisation is inextricably tied to the high levels of poverty and the denial of human rights in Nigerian society.

The extremely high levels of poverty in the northern states are an important factor in the generation of an army of young men ready to kill or be killed in the name of religion.

Every social indicator you can think of puts the northern states at the bottom of the Nigerian social pile — whereas some parts of southern Nigeria have social indicators akin to those of a middle-income country, most states in the north are worse off than the poorest countries on the UN development programme scale.

Thirdly, the return to civil rule in 1999 has bred a class of unconscionable political leaders who have taken the political system hostage and diverted public funds to themselves and their cronies to the chagrin of their impoverished and hapless constituents. Conspicuous consumption of ill-gotten wealth by this elite breeds hopelessness and recklessness, and the tendency for these political godfathers to recruit and arm jobless young men as political thugs is an important factor in the spread of violence.

In the final analysis, Boko Haram is the symptom of the failure of nation-building and democratic politics in Nigeria. It is the misguided cry of a disgruntled youth crushed by the socioeconomic system on the one hand and then repressed by the state on the other. That it expresses itself in the idiom of religion and medieval thought should not confuse its social import.

Boko Haram is not about the past — it is a critique of modern Nigerian society, even if that critique does not offer a viable future. The complexity of the situation and the controversy it has generated has made it difficult to draft appropriate public policy responses. What is clear, however, is the failure of the state's age-old tactic of using repression and extrajudicial means to quell challenges to its authority.

Meanwhile, Nigerians can only be grateful that the US officials on the ground in Abuja have quite a sophisticated understanding of Boko Haram and the politics of northern Nigeria. They rightly understand that Boko Haram is mainly about the distortions and oppressions of Nigerian society, needing a response that incorporates security, development and the respect of the human rights of the citizenry.

We are thereby spared the additional horrors of a misguided US-led "war on terror" that would have further complicated an already dire situation.

Abdul Raufu Mustapha is a Nigerian and a lecturer in African politics and Kirk-Greene Fellow at the University of Oxford, England