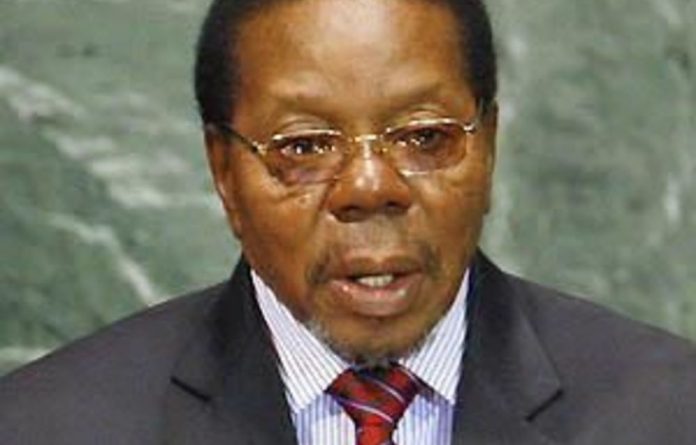 Malawian President Bingu wa Mutharika was being airlifted to South Africa on Thursday after suffering a serious heart problem earlier in the day, officials said.

“He is on his way to the Republic of South Africa for medical treatment,” a senior diplomat said, requesting anonymity.

South Africa’s medical care is often more advanced than what is available in neighbouring countries.

Earlier, Mutharika (78) was rushed to a Lilongwe hospital, with reports saying his family and some senior staff were at his side. He is believed to have gone into cardiac arrest.

“He was brought in on a convoy of three cars. His head was covered to hide his face as he was wheeled in on a wheel chair,” said one hospital source.

Mutharika has been president of the landlocked Southern African nation since 2004 and presided over more than five years of economic boom, during which Malawi became one of the world’s fastest-growing countries.

The move by Malawi’s biggest donor exacerbated an already acute dollar shortage, hampering imports of fuel, food and medicines, and leading to depreciation in the value of the local currency kwacha.

Mutharika’s diplomatic isolation and economic plight worsened in July 2011 when police killed 20 people in a crackdown on a wave of protests against the government.

In response, the US shelved a $350-million programme to overhaul the dilapidated power grid.

News of Mutharika’s hospitalisation spread quickly on the social media sites Twitter and Facebook, with many speculating about his health and what may come next.

In the commercial centre Blantyre, motorists queuing for fuel did not have any sympathy for the ailing president. “Perhaps the end of our suffering is also nigh,” said Benson Msiska, a taxi driver. — Reuters, Sapa