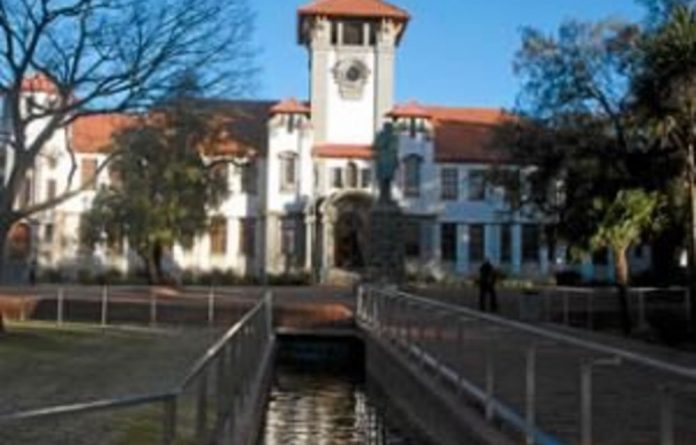 What do university students really need to know so that, when they graduate, they can participate meaningfully in our post-apartheid context?

Last month the University of the Free State gave its first classes in a now-compulsory ­undergraduate module informed by this root question.

Writing as one of the staff members who helped to design the module, I can say we started from university rector Jonathan Jansen’s premise, namely that South African students are trained too narrowly and too early in the various disciplines — law, chemistry and medicine, for example — that constitute the specialisations on which their future careers are based.

Such specialist technical training is certainly crucial for expertise in particular fields and careers, but we believe it must be complemented by a broad-based general preparation in the foundations of knowledge.

More than 2 000 first-time students in all fields are taking the module, which is now the university’s “core curriculum”. We hope to en-able students to be intellectuals, not only technicians that is, to be active ­public participants rather than disengaged members of society.

We would like our students and graduates to be knowledgeable, rather than impulsive, actors in a complex world, as Jansen suggested in one of his publications two years ago. He also guided the team I led in developing the core curriculum.

Following in the tradition of the liberal arts, the curriculum exposes students to questions aimed at disrupting existing knowledge and ways of thinking by stimulating debate on some of the “big issues” across different disciplines.

The module comprises seven units, each aimed at raising its own “big issues”:

1. How should we deal with the violent past?
“The past is not dead; it is not even past,” the well-known saying goes. In other words, the present reflects long-forgotten histories. This is a sensitive and persistent problem for South Africans: Do we forget everything about the past in order to move forward, or do we deal with that past to ensure it never comes back?

History, pedagogy and political studies are the disciplines drawn on as students consider this question in relation to themes such as reparation and reconciliation.

In this module students discuss persistent problems. For example, a black student and a white student apply for one place in a medical school. One has nine matric As, suggesting excellence; the other has three As, suggesting promise — but they have markedly different schooling backgrounds. What do we do with their applications?

2. What does it mean to be fair?
This unit introduces law as a type of authority structure needed to facilitate peaceful interaction between people in a society — the rule of law. Students consider a social contract that assumes we all agree to give up some personal freedoms in exchange for a peaceful coexistence.

The law’s attempt to portray the shared values of the majority of the population and the legitimacy crises that arise if people lose confidence in the legal system come under scrutiny when students confront questions such as: What is the law’s role in relation to society in a constitutional democracy? What is your role as a citizen in accordance with this? What is the right thing to do?

3. Are we alone?
This unit draws on physics and astronomy. Using remote access to the Boyden Observatory outside Bloemfontein, students learn about the nature of the universe and how scientists measure and make sense of the worlds around us. What are the conditions necessary for other life forms to exist elsewhere? How do we know whether such life forms exist? What counts as evidence in ­making these judgments in the arena of science? How close are we to ­making definitive conclusions about life beyond Earth?

4. Did God really say …
Misuses of God and religion from a theological perspective are undeniably part of the world in which we live. This unit is not so much concerned with whether God exists, or whether religion is good or not — the focus is rather on misuses of the “God says” discourses in all religions and in related religious texts and religious speech.
Philosophy and hermeneutics — the study of the meaning and interpretation of religious texts and creeds — are central to the unit, which asks students to examine “God said” discourses from global and local perspectives.

Major questions here include: What are the things that have been said in God’s name by various leaders and what were the implications? How are divine texts (the written word) to be understood? How do we understand forgiveness and how do we create reconciliation where there is conflict?

5. How green is green?
Going green is about being environmentally friendly. Chemistry is the connecting science, making you aware of everything around you. Green chemistry is all about cleaner ways of making chemicals and ­materials; its focus is on creating a sustainable future. Physics and nanoscience are the other two disciplines on which this unit draws.

6. Why is the financial crisis described as ‘global’?
The word “globalisation” describes an interconnectedness of the world that is crucial to understanding not only economics, but other fields as well. National borders matter, of course, but transactions take place on a global scale in real time all the time, fundamentally altering social and economic relations across the world.

How does an economic crisis in one country trigger a global collapse of interconnected financial systems? How do economists explain this phenomenon? How could so many smart people have been so wrong? And what are the limits of economics — the disciplinary basis of this unit — as an explanatory framework?

7. How do we become South African?
Inquiring into the concept of South African citizenship raises questions about how national identities are formed. Bettina von Lieres and Steven Robins on democracy and citizenship and Benedict Anderson on the nation as an imagined community are among the readings students consider. Anthropology and social psychology are the frames within which students can reflect on their civic responsibilities not only as individuals, but also as part of the South African collective.

Dr Francois Strydom is director of the University of the Free State’s centre for teaching and tearning, which oversees the compulsory first-year core curriculum he describes in this article. He also led the team that developed the new module.