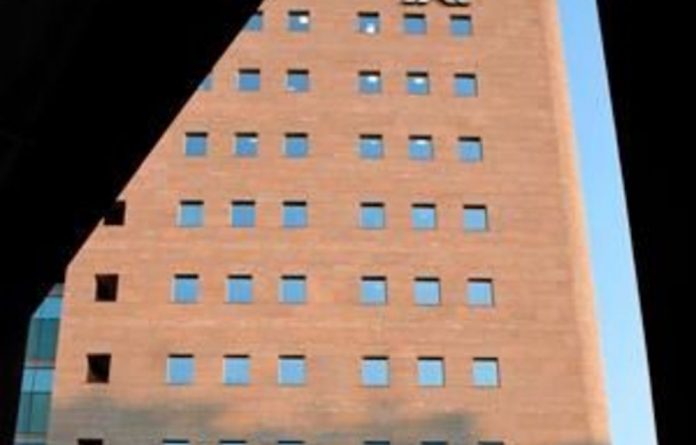 The market is bracing itself for financial transaction tax reforms that will knock the equities market. The treasury hopes to bring the reforms before Parliament by September.

The proposals, which are out of step with stamp duty taxes on financial transactions in the United States and the United Kingdom, have put the government and the financial world on a collision course. Billions are potentially at stake if the exemption is scrapped.

The treasury claims there has been “some abuse” of the exemption, hence the reforms. But the market argues that little thought has been given to the proposed reforms and it is merely a measure to increase tax revenues.

The new reforms are scheduled to be enforced in April next year.

Messing up derivatives market
But industry players said this week that the reforms, if enforced wrongly, could ruin the derivatives market and would result in liquidity being sucked out of the equities market.

Market commentators said stockbrokers were the biggest providers of liquidity on the JSE, trading about 50% of the local bourse’s turnover. This came from proprietary trading, market-making in a range of products, hedging structures and providing vital expertise in many other areas.

If the liquidity — the ability to enter and exit a market — dried up, the result would be that local and foreign investors could trade less on the JSE and seek other exchanges that provided better liquidity. It is all about hedging activity. At the moment, the brokers trade in the physical asset.

Absa Capital chief executive Stephen van Coller said: “Their profit margin on those trades is about five to 10 basis points maximum. The stamp duty is 25 basis points. If the exemption is abolished, assuming profit margins are five basis points, then government will be adding a 20% cost on these trades.

“The brokers provide a substantial amount of liquidity. If liquidity gets drained from the market, it will cause spreads in shares to be wider. Investors will not do equities hedging in South Africa. The unintended consequence is that corporates won’t want to use the JSE to raise capital because there won’t be a big pool of liquidity in the market to access.”

Van Coller said that most of the clearing houses in South Africa were international banks, which would move their trades to either New York or London where the brokers were exempt from these taxes.

“The problem is we have stocks, such as your Anglos, which trade in other jurisdictions. Gold stocks have ADRs [American depositary receipts] in New York. The liquidity will move to London or New York.

“The government has to be very careful that they don’t ruin the market. This could kill the derivatives market.”

The JSE requires brokers to be a separate ring-fenced legal entity. The problem is that asset managers want to trade with entities that have a big capital base, such as banks.

Van Coller explained how the proposed reforms would affect banks. “If you think about a bank, it sits with capital in a central centre so it can optimise it and run divisions.

Absa Capital, as a division, gets allocated a portion of capital from Absa Group.

Ismail Momoniat, deputy director general of tax and financial sector policy at the treasury, acknowledged the “sensitivities” surrounding the proposals and said the shape of the reforms were still to be decided.

He said the reforms were not motivated solely by the government wanting to rake in more tax revenue to fund its R1-trillion infrastructure plan. “There has been some abuse. Once you have an exemption, people try to fall between the exemptions. These are the kinds of issues we’re dealing with. With tax legislation, we realise it will always be very market-sensitive.”

Talks being held
He said that high-level discussions were being held by the treasury, the JSE, banks, brokers, hedge-fund managers and other parties who would be hit by the reforms.

“We understand the pros and cons of such measures, which is why we’re consulting widely with the JSE and industry,” said Momoniat.

The JSE would not be drawn on its talks with the treasury. “There are concerns, but we’re having good conversations with the treasury and we will not express this through a public forum for now,” said JSE spokesperson Michelle Joubert.

Van Coller said there had been some discussions on the topic but not enough.

“The treasury has been dragging its heels on this for over a year, which leaves the industry in limbo. It’s an extremely expensive process to implement.”

Stockbrokers, as members of the JSE, do not pay a securities transfer tax on shares they buy for their own account.

Financial commentator Bryan Hirsch said that, at first glance, this might seem unfair. “Why should we, as individuals, be charged securities transfer tax and not the stockbrokers?”

But in a recent newspaper column he explained the reasons for it. It was estimated that stockbrokers traded about 50% of the JSE’s turnover. So, if the JSE averaged about R10-billion a day, the brokers, in various forms, were providing R5-billion of liquidity.

The new proposal would apply a securities transfer tax to this R5-billion, but at a lower rate.

“Assuming a securities transfer tax rate of 0.05% for brokers and, additionally, presume the R5-billion is split equally between buys and sells, the South African Revenue Service will collect an extra R1.25-million a day, or R320-million a year, due only on the ‘buy leg’ of the trades.”

Hirsch added: “We live in a world where, globally, after-tax interest rates are well below inflation. We therefore have no choice but to invest in the equity market for growth of our capital as well as dividend income.

“The proposal to implement securities transfer tax for brokers threatens the viability of the JSE as a place to invest in the future. Investors will become hesitant.” — Sharda Naidoo