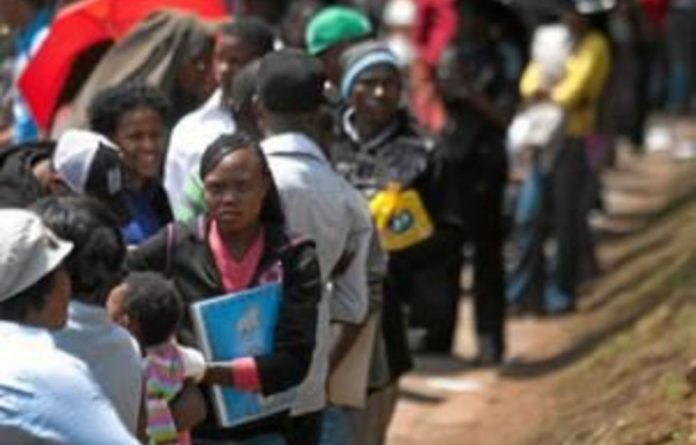 Without long-term planning and aggressive policy interventions, the tertiary education participation rate in the Southern African Development Community (SADC) region is unlikely to keep up with the demand from the region’s 276-million strong — and still growing — population, let alone match the progress of regions such as East Asia and the Pacific, or average participation rates in the rest of the world.

This key message is conveyed in a recent publication of the South African Regional Universities Association titled “Building Higher Education Scenarios 2025: A Strategic Agenda for Development in SADC”. The scenario-building workshop from which the publication derives took place late last year in Lusaka, Zambia, as part of the association’s Leadership Dialogue series.

Using “international futures”, a global assessment model or thinking tool for the analysis of alternative future scenarios, we are better able to understand global change, particularly its human dimensions. In terms of higher education, the model can simulate patterns of education participation and attainment in 183 countries over an extended period, factoring in various assumptions about uncertainties and interventions.

Because the economic development prospects of the world’s countries and regions are increasingly tied to levels of education, the information gleaned from the ­scenario-building exercise is cause for concern.

The figures
According to research predictions and even the most optimistic assumptions about the region’s future development, reduced population growth, higher economic growth — the most significant driver of a better higher education future — and high spending on education, by mid-century the SADC countries are still likely to fall short of the global average participation rate of 30%. Under prevailing conditions, the region will achieve a participation rate of 16.5% by 2050 at the current rate of enrolment in higher education (the base case scenario).

Although this rate represents a marked increase in real terms from the 2010 level of 6.3%, it still falls way below the 2010 average of 22% tertiary enrolment for North Africa, 22% for East Asia and the Pacific (which shared comparable enrolment figures with SADC in 1970) and more than 70% for Western Europe.

Although the gains in education provision in SADC have been significant in real terms, they come off a low base. The ongoing slow rate of enrolment growth becomes even more worrying when we take into account the fact that annual spending on education in the region has been between 4.55% and 5% of gross domestic product throughout the past decade, well above that spent by regions that have made similar-to-better progress, such as East and South Asia. Since 1990, it has also been even higher than high-income countries.

The situation appears to be dire, but it is not necessarily so.

Although the international-futures modelling exercise has the ability to highlight worryingly low participation growth rates across the region, it also has the capacity to place into the foreground regional exceptions or success stories — countries in the SADC region that have managed to grow their tertiary enrolment significantly and posit ways in which greater growth can be achieved.

South Africa comes out tops
South Africa too has achieved some success, boasting, as it does, the largest number of students in higher education in the SADC region — twice the number in the Democratic Republic of Congo, the country with the largest population and second-largest student body.

There has also been significant progress over the entire region in terms of female participation. Women have caught up with men at all levels of education, but especially in higher education. Although women are on average still behind men in SADC (with about three women for every four men in the region’s colleges), they are ahead of men in Botswana, Lesotho, Mauritius, Namibia and South Africa.

Under a “highly optimistic” ­scenario, the potential progress of Botswana and Mauritius stands out: both countries are able to achieve close on 60% enrolment by 2050 — the average participation rate in Organisation for Economic Co-operation and Development countries in 2010.

Among the six SADC countries that are likely to remain below 30% in 2050, according to this scenario, Malawi, Madagascar and the Democratic Republic of Congo are the lowest at below 15%.

One of the major obstacles facing low-income, high-population SADC countries is the low enrolment rate at lower-education levels. Unless countries already have high secondary-level enrolment and continue to grow it, as is the case of Botswana, there will simply not be enough students to increase tertiary enrolment, even if there are sufficient places.

Around the world the trend in tertiary enrolment shows that those countries (apart from Mauritius) that have made significant progress since 1990 were already above a 15% enrolment rate when they embarked on a path of rapid progress.

Domestically or externally driven policy measures — the emphasis of New Labour in the United Kingdom on higher education, or the European Union’s conditions for Turkey’s accession, for example — played a role in each case. But it seems that if these countries had not already reached a threshold enrolment level, such rapid progress might not have been possible.

Finding funding
Another challenge is funding. Most SADC countries face the daunting task of not only investing in tertiary education, but also of balancing a limited budget across all areas of social spending and meeting the demand for education at all levels.

What to do? A normative scenario, which incorporates enrolment growth and faster cost efficiencies at lower educational levels and takes away all budget constraints to assess what it will take for SADC countries to achieve “aggressive but reasonable” growth, shows that aggressive policy interventions would start to pay off by 2030 and start to reap substantial dividends by 2050.

In the real world such growth, of course, must come with a financial cost and a practical question is whether the SADC countries would be able to meet these costs, or whether there would be a need to involve the global community.

Some of the additional costs of ramping up tertiary education would be met by the economic growth resulting from increased tertiary education itself. However, as noted by researchers Mohammod Irfan and Eli Margolese-Malin, it is ultimately the educational attainment of adults, rather than enrolment rates, that drives economic productivity and brings socioeconomic benefits.

Because attainment levels increase more slowly than enrolment ­levels, the economic benefits to be had by increasing enrolment will take longer to be felt. Thus, according to the normative scenario, the average number of years of education for adults in the normative scenario starts to move up from the base case only after 2025.

The slow pace of transformation makes understanding the broader impact of education a challenge. With the passage of time, there are also shifts in contextual variables that make it difficult to specify the benefits derived directly from education. In addition, many of the social benefits gained from education are not quite measurable in
financial terms.

But, keeping these constraints in mind, the research predictions indicate that if the costs of achieving higher enrolment rates in the normative scenario are contrasted with the most direct benefits of such ­policies, such as changes in the size of the economy, the cumulative benefits begin to break even with cumulative costs by 2030. Then, by 2050, they “substantially” outperform the costs.

Significant benefits
It is therefore clear that, despite a time lag, the countries that have managed to conceive and implement long-term policy interventions over a sustained period have experienced significant economic and other benefits.

The Southern African Regional Universities Association is preparing a number of recommendations for the region’s education ministers arising out of the scenario-building process. If we are serious about higher education, we need to take this analysis seriously and foster the long-term commitments necessary to engender change. Not only individual states, but also the SADC region as a whole, stand to benefit from such ­purposeful planning.

Piyushi Kotecha is chief ­executive of the South African Regional ­Universities Association. ­Mohammod Irfan is a member of the Frederick S Pardee Center for ­International Futures at the Josef Korbel school of international studies at the University of Denver.