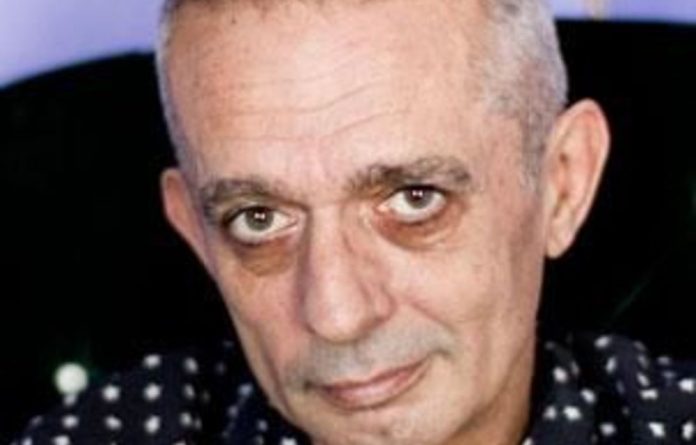 Rugby writer and Asian slasher-movie fan Louis de Villiers’s debut novel is a book you can certainly judge by its good-looking cover. There are some frames of graphic novel-style ­colourful illustrations: a flame-haired Springbok diving over the line to score a try, a ghost ship and then some ultraviolent scenes of baddies being sorted out.

Inside he has no use for the euphemistic %&^@.

As was helpfully pointed out recently in an article in Afrikaans Sunday newspaper Rapport, where De Villiers is a senior rugby writer: “In the 245 pages, ‘fuck’ and variants thereof, as in ‘sex fucking sounds’, is used 200 times. ‘Shit’ appears about 90 times. There are several bald references to the male sexual organ and seven to the female one”, plus 18 instances of blasphemy.

The review confirms the often patronising view that Afrikaans is such a lekker language to swear in by quoting a sentence it describes as “one of the roughest ‘swear sentences’ ever in any language”: “ ’You dumb, stupid, moronic, imbecilic snail-snot of a fish head of a pig arse of a orangutan cunt of an excuse for a brother,’ Australian thug Mike ­Bonavita scolds his twin brother Joey.”

De Villiers, who was initially a bit irritated by the slightly breathless shock-and-horror tone of the article, told me wryly: “I guess the shit review will probably sell several books — the market for kak and fok is probably larger than what the reviewer thought.”

Terrifying taal
And the response to the book’s violence and swearing? “I’ve had a proper earful about it. My very own Sex Pistols moment, can you believe, at age 50. Take that, midlife crisis! Anyway, some people will always complain and I wasn’t going to have bergies and Russian gangsters talk standard Afrikaans simply to assuage a moral minority that’s complicated my life since birth.”

If Tom Waits could speak Afrikaans, he would have sounded like the seriously witty and self-deprecating De Villiers, whose rugby writing has a cult following not only for its insight into and passion for the game, but also for its intelligent literary and pop-culture references and, of course, his ability to make his words sing, dance and side-step like Gio Aplon.

“Until I finished Kaapstad Karma-Polisie, my tiny degree of infamy was based on my sports reporting and semi-legendary capacity for partying, my two areas of presumed expertise,” De Villiers says.

Karma-Polisie is not his first attempt at writing a novel. “Every time I’ve fallen in love, I’ve written at least three decent opening chapters of unfinished novels to impress the woman in question. And I’ve been in love often. This time I fortunately fell for the character Sussie Middernag [Sister Midnight]. Which meant if I wanted to see her again, I had to ­finish the bloody story.”

Back to the back cover, which accurately promises that the book will make you “guffaw, shudder, cheer and vomit”. De Villiers says: “I pumped everything way up. Some of the events obviously happened in real life, but I’m hoping the cartoon vibe distracts people from attaching characters to real people. And even those scandals that did happen in real life never happened within four crazy months. But almost all the characters are completely fictional.”

“And Flip is based on my good journo buddy Dale Granger, in the years before he met his girlfriend Christina, who cleaned up his act and possibly added two decades to his life. Dale approves of Flip. And Dale actually did challenge the Wallaby wing Wendell Sailor to race the cheetah at Spier Estate. Big Dell refused, having other things on his mind at the time, such as a rugby Test.”

Different beats
Partly naming this “rugby thriller” after Karma Police, the third single on Radiohead’s album OK Computer, referencing hip-hop pioneer Afrika Bambaataa on page one, plus mentions throughout the novel of dubmeister King Tubby, jazz god Miles Davis and the Nigerian father of Afrobeat, Fela Kuti, say something about the author’s music obsession. Just how bad is it?

“I mentioned them to dissociate myself from all the crap tunes I was compelled to mention elsewhere, this being a thriller with a rugby backdrop. As far as music is concerned, I’m actually embarrassed to admit the extent of my obsession. I’m a hoarder, really, and my tastes run from Hildegard von Bingen to Zola Jesus, from Satchmo to Frank Ocean.”

Any literary influences for this rugby thriller? “I’d have loved to be Pynchon or Salinger but I’m way too dof, so I’m just hoping to make fart jokes and explosions a valid genre.”

Like any excellent thriller, Karma-Polisie moves at breakneck speed and has a cracker of a plot. It is also a very visual book.

“The directors Takashi Miike and Park Chan-Wook, who’ve both filmed manga comics mind-blowingly, influenced Kaapstad Karma-Polisie much more than any writer I could name. And, of course, Mister ­Tarantino, who pointed the way to those manic ­Oriental masters in the first place.”

It should be translated (“Yes, hopefully,” he promises) and made into a movie, say more Reservoir Boks than Invictus. “I’d love it, but it’s written for a Korean director and their rugby went down the toilet over the past 20 years. Plus, where do you find a white man that could swing a kusarigama [a martial arts weapon] and act? I don’t see it happening, sadly.”

Fans of his rugby writing and now his book are salivating at the thought of a next book — is he going to satisfy them?

“Yup, except that the sequel to Kaapstad Karma-Polisie will have to wait. My next heroes will be crap at violence and better at seduction and hopefully it also rubs off on my personal life. I am crap at violence anyway. Mind you, I’m not exactly the kingpin of brassiere
unclasping either.”