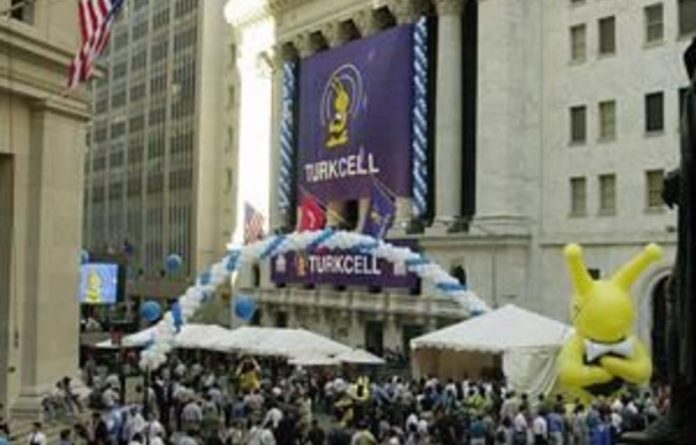 Behind the explosive MTN Irancell rumpus is a disgruntled former executive who resigned from the South African cellphone giant armed with a dossier of damning memos, invoices and contracts. These then landed up as exhibits in court papers filed by MTN’s Turkish rival, Turkcell, in the US District Court of Columbia in Washington DC last week.

The authenticity of the documents has not been established, but the court papers allege widespread skullduggery by MTN, including bribery, attempts to obtain defence equipment that is subject to American sanctions and vote-peddling at the United Nations, to grab Turkcell’s 49% stake in Irancell.

MTN’s group chief of human resources and corporate affairs, Paul Norman, said this week: “We understand that a disgruntled former employee, the former manager of MTN’s Iran branch in 2005, has been providing Turkcell with information.”

Kilowan, who is said to be in Dubai, could not be contacted.

The leaks gave Turkcell, which has a long history of litigation over the licence, what appears to be its first really effective ammunition. These were used to put strong pressure — MTN staffers privately call it blackmail — on the company to pay up.

Whistle-blower helps Turkcell
Sources close to Turkcell said that a whistle-blower approached the Turkish telecoms operator with the documents and other information in the second half of last year. For Turkcell, this lent weight to a slew of court applications the company had filed against the Iranian government since losing its licence to MTN in 2005.

Turkcell then drew up a case against MTN. In December last year, it approached MTN with the hope of negotiating a settlement.

The JSE-listed cellphone giant is said to have rejected the approach because it did not know what evidence the Turks had.

Towards the end of January this year, the Turkish company presented MTN with preliminary court documents, which it threatened to file in the US if MTN refused to settle.

According to an MTN insider, the settlement demanded ranged between $1-billion and $4-billion.

According to sources close to MTN and Turkcell, MTN did table an offer but the Turkish firm rejected it, allegedly demanding about $4-billion, and the talks fell apart on February 1. Apparently Turkcell also refused to co-operate with Lord Leonard Hoffman, appointed by the MTN board to investigate the corruption claims. MTN insiders said the management of Africa’s largest cellphone provider felt that the figure amounted to extortion.

On February 2, in a pre-emptive public relations move to limit damage to its reputation, MTN issued a statement saying the talks had collapsed and claimed Turkcell was trying to extort money from it.

Norman said: “The fact that MTN issued a SENS announcement on February 2 illustrates that we took Turkcell’s allegations and their threat to file a claim in the US courts seriously.

“We regard the claims to have no legal merit and the US courts to have no jurisdiction to hear the dispute. Moreover, the sums they seek in compensation are fantastical and unsubstantiated.”

Threatening emails
Between February 2 and March 28, when Turkcell filed its court papers, MTN insiders said that the company had received threatening emails — one through Gmail and another from a Yahoo address — warning of consequences if MTN did not “make a real offer today”.

The emails were addressed to MTN’s chief financial officer, Nazir Patel, warning that if Turkcell went ahead with litigation, the South African company would not be able to control the release of information.

They also warned that the US Senate would call for special hearings on the role MTN allegedly played in the oppression of the Iranian people and in weapons transactions. The email warned that US banking sanctions would be applied to MTN and that its global banking facilities would be frozen.

The emails also highlighted the potential political fallout, pointing to the war brewing against Iran over its nuclear programme.

“MTN will be accused in the media of having helped Iran to get nuclear weapons to kill Americans and Israelis,” they said. “As you have seen with Iraq, it will not matter if the accusations are true or not.”

But MTN hit back. “Turkcell’s approach has been to scatter accusations in the hope that some stick. We will not play that game,” said Norman.

“We have made clear our response from the start. I do not want to add to the confusion by speculating on the rights or wrongs of Turkcell’s allegations.

“Clearly the documents they provide give only a partial picture,” Norman said.

“Our approach is a measured one. We have established an independent committee under Hoffmann to investigate these allegations and we will also fight the Turkcell claim in the US law courts.”

Legal battles could drag on for years
MTN could be stuck in a legal battle over its Iran dealings for up to eight years, as lawsuits in direct and indirect forms start to pile up.

Apart from the $4.3-billion corruption claims filed by Turkcell in United States courts last week, the South African-based cellphone giant could be liable for payments in two other legal proceedings.

Over the next few weeks, the International Criminal Court is expected to make a ruling in an arbitration that relates to Iran Electronic Development Company (IEDC), MTN’s 51% partner in Irancell. Turkcell filed the arbitration against the Iranian government for allegedly blocking its acquisition of a stake in Irancell. Sources claim that MTN gave an indemnity to IEDC of up to $15-million, which it would have to pay if the court ruled against IEDC.

In a separate bilateral investment treaty arbitration in Paris courts, Turkcell is claiming $5-billion from the Iranian government. Sources close to the legal process have indicated that the Iranian government will ask MTN to pay for that because the claim arises from the granting of the second operator license to MTN.

MTN does not believe it should be liable for any payments in the arbitration cases, but said it would fight the US litigation while jurist Lord Leonard Hoffman investigates the corruption claims.

Turkcell has argued that MTN breached international law, but MTN continues to believe it can squash the case on the grounds that the US has no jurisdiction. “The first stage of the US legal process will be MTN’s application to dismiss,” it says.

But Turkcell cites many United Nations conventions and US laws that justify the jurisdiction, not least of all that Turkcell has a listing in New York and MTN’s shares also trade as American depository receipts. The US, for example, has the Foreign Corrupt Practices Act 1977, which allows for a company to be investigated and prosecuted for corrupt activities outside US borders. MTN has lawyers in both South Africa and the US to advise it.

But there are other considerations: even if the mobile operator manages to get the case thrown out, Turkcell could still bring charges against MTN in another jurisdiction if the Hoffman inquiry, which is expected to be wound up by July at the latest, is to find evidence to support Turkcell’s corruption claims.

The battle could take years. Experts in US law say complicated claims of this nature can take up eight years, up to three years just to get to some form of trial or resolution.

The first hurdle would be to substantiate the merits of a claim actually being heard in the US, which could take up to a year. — Sharda Naidoo