Rory McIroy out of the woods 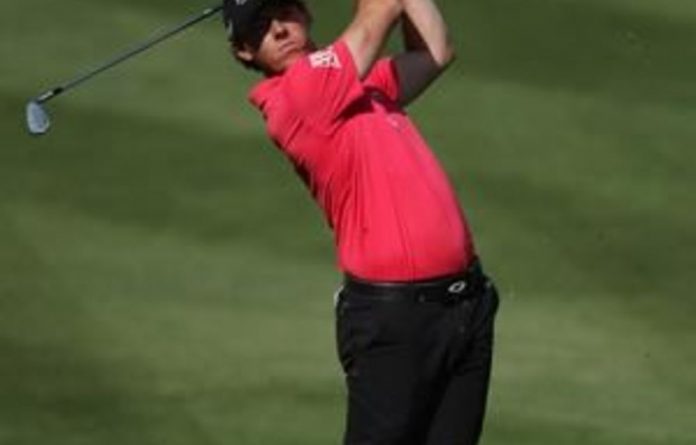 The tee shots in the woods to the right may have been something subconscious, a reflex triggered by a long year of thinking about what might have been had he not hit one tee shot so terribly far left during his last Masters.

Rory McIlroy insisted otherwise, and you have to give him his due because so far in his young career he’s been nothing but honest when it comes to his golf.

He answered every question when his meltdown on number 10 in the final round last year cost him the green jacket almost everyone thought he would win in a runaway. And he stood his ground on Thursday when his first tee shot into the trees on the right led to a double bogey and must have brought back memories of the nightmare.

Nothing more than a technical issue, he said. Just wasn’t releasing the club.

Well, except maybe the tee shot on 10, where the collapse began last year with a tee shot so far left he almost had to play it out of the living room of one of those cottages where the wealthy entertain each other. That one, it turns out, went right for a reason.

Told you the kid was honest.

“I was definitely erring more on the right-hand side,” McIlroy said. “It was nice to walk off there with a four to get that out of the way and move on.”

The player that almost everyone believes is the heir apparent to Tiger Woods played a lot like Woods in his opening round, staying patient when things seemed to be going badly almost every other hole before finishing up with a pair of birdies for an improbable 1-under 71.

Near tears
It was the kind of round he needed to grind out a year ago to close out a Masters he led by four shots, when the 80 he ended up signing for left him near tears.

Turns out, the runaway that eluded him at this major was waiting for him at the US Open. And he showed Thursday that the lessons he learned from both remain with him now.

“It comes with experience,” McIlroy said. “I’m not trying to force it knowing it’s only the first round of the tournament. There’s another 54 holes to go and you have to remember that.”

Woods was already on the back nine and a bunch of players were already in red figures when McIlroy teed off in the next-to-last group of the day. He not only hit his drive into the woods on the right, but compounded his mistake by 3-putting for a double bogey 6.

His tee shot on the second hole went even farther right, nestling on some pine needles next to a small tree. This time, though, McIlroy had an opening between two large pine trees and he slashed a 3-wood next to the green for an up-and-down birdie that helped settle him down. The rest of the round was just as erratic, including an iron into Rae’s Creek on number 13. But when it was over, he had a number in red and a rosy outlook for the rest of the week.

“Everyone starts off this tournament a bit tentative because it’s Augusta and you don’t want to miss it in the wrong places,” he said. “If I had finished over par for the day I wouldn’t be that happy. I definitely feel a lot better about tomorrow.”

He should feel better than Woods, who went in the opposite direction at the end by bogeying his last two holes for a 72. The talk coming into this Masters was all about McIlroy and Woods and the prospect of the rising superstar who briefly was number one in the world after winning the Honda Classic last month battling it out on Sunday afternoon with the greatest player of his time.

Showdown
There’s 94 other players in the field — including Lee Westwood, who leads after opening with a 67 — but McIlroy versus Woods on the back nine of Augusta National is a showdown golf fans want to see almost as much as boxing fans want to see Manny Pacquiao and Floyd Mayweather Jr.

Both players made plenty of mistakes on Thursday to stop that from happening but neither played themselves out of it. That’s a hallmark of Woods’ game over the years, but it’s something the 22-year-old from Northern Ireland is just beginning to master. Playing patiently doesn’t come easy at that age, especially on a course that demands patience.

A year ago, McIlroy fired an opening-round 65 to sprint out to the lead and become a target for the rest of the field. He held on for three rounds, but in the end it was just too much to ask.

Now he seems comfortable to be in a group of players four shots back. It’s a spot that will allow him to fire at a few flags without worrying about protecting his lead, a spot that will surely make it easier to sleep at night.

“Being in the pack is good,” he said. “I know I can go out and go about my business without thinking about the lead.”

An unusual admission, something you would never hear from Woods.

Refreshing, though, if only because the kid is honest about his golf. — Sapa-AP