Who says print is dead? 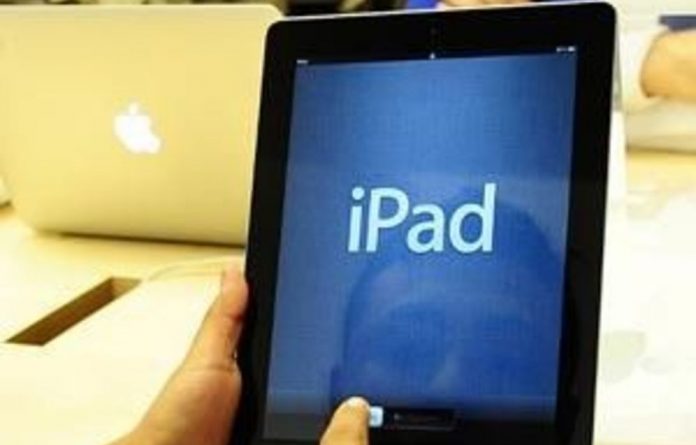 Go to efi.com, click on PrintMe and download one of the apps for the iPhone, iPad and Android devices — and there in the palm of your hand you will have what analyst Gary Peterson is describing as not merely the future of printing but the saviour of printing.

For Peterson — until recently a self-confessed print optimist — developers of these third-party apps will in the future do, he believes, what the printer manufacturers have so far failed to do and come up with a way to prevent the humble computer printing business from becoming another scalp on the late Steve Jobs’s belt.

“No one in the printing industry, or outside it, had any idea that the iPad would come along and destroy three to four-thousand-year-old human traditions concerning paper, as they didn’t realise that there was now a new generation out there who are far more prepared to read from a screen than the printed page,” says Peterson, the chief executive of San Diego-based independent research analysts Gap Intelligence.

So Peterson believes that the future of printing, if there is one, comes down to open-source third party app developers, hoping as he does that “some kid in the garage will come up with the Angry Birds of printing that will encourage people to print again”.

Despite the new apps, Peterson has now joined with many other analysts in predicting that the printer is dead or dying in a conversion that began after the “Valentine’s Day present” that Morgan Stanley gave the printer manufacturers last year in its report, Imaging and Printing: Tablets to Reduce Printing Demand, which warned that tablet ownership would accelerate the reduction in demand for printing that began in 2006 by between 8% and 15%.

His conversion was completed when this year, in an early “Easter Egg” note to investors, Morgan Stanley further warned that printing in some areas had declined by as a much as 16%, and offered other juicy stats such as the fact that 41% of tablet owners cited reduced printing as one of the benefits of tablet adoption.

These predictions gained extra traction and blog inches because they increasingly seemed to be reflecting the gut instinct of many analysts — including Peterson — that the iPad, other tablets and even smartphones must be decreasing the amount of printing that people do.

Simply by watching how people use these devices on the train or even talk about them in the pub, analysts felt they could tell that something was up, not to mention that the number of tablets and smartphones is soon set to overtake the 1.3-billion printers installed worldwide. Or even that there are new patterns emerging, such as a blurring of the home/office divide as individuals take their own iPads to previously tablet-free workplaces.

Anecdotal evidence
While sceptics were quick to point out that some of the Morgan Stanley conclusions were themselves based on anecdotal evidence and that the end of printing may prove to be about as accurate as the paperless office and other Tomorrow’s World predictions, for print pessimists — even newly minted ones like Peterson — the news that last week the formerly successful HP printer business was being merged with its PC division — owing, in part, to slowing growth, flat revenue and lower profits, seemed to validate these fears, especially as he felt there was a lack of any idea from the manufacturer as to when this might be reversed.

While Peterson claims that he would feel anxious if he was about to go into the printer-making business, Louella Fernandes has a different take on the issue, since she is not quite sure that the end of print is happening as fast as Peterson thinks, or even that tablets are the real culprit. “We are not seeing it at the moment,” she says.

Fernandes is a principal analyst at independent analysts Quocirca and co-author, along with fellow principal analyst Rob Bamforth, of a more optimistic report, dating from January 2012: The mobile print enterprise: How IT consumerisation is driving anytime, anywhere printing.

In the report she argues that while there has been a lot of talk about tablets, there is still an appetite for printing. Moreover, that appetite is fuelling an emerging market for what can be called mobile printing or cloud printing, as can be seen from the fact that 60% of the 125 businesses that responded want to print from mobiles and 25% are already looking for mobile print solutions.

Such solutions will generally involve the ability to submit print jobs directly from a smartphone or a tablet to an enabled or registered printer, often by emailing documents by Wi-Fi, and increasingly via the cloud. Hewlett-Packard, which pioneered this with ePrint, shifted 15-million web-enabled ePrinters last year alone.

However, this new market is being hampered by a lack of standards and different levels of compatibility that make it especially difficult for those companies that operate a so-called mixed fleet of printers; and there remain security issues around Wi-Fi printing.

Although Fernandes believes that the emergence of third party apps by companies such as Efi is important in overcoming these barriers as they are agonistic and able to work with printers from any manufacturer, such apps are nonetheless still embryonic. Google Cloud Print-enabled and Apple AirPrint-enabled apps in contrast let you print only to a limited range of printers from selected manufacturers.

The trend by businesses to minimise printing because of its expense was already well embedded before the arrival of the iPad, and in the end, Fernandes admits, mobile printing is not something that could revolutionise the printer industry; rather, it is just a new opportunity to displace part of it.

The smartphone difference
However, Quocirca principal analyst Rob Bamforth believes that it is different with smartphones.

“They are much harder to use to read complex documents on and more about instant access. So you are not going to using a smartphone to read a complex document and are more likely to want to access the cloud and print it.

“Rescaling info even on the iPhone’s Retina display is never easy. And with Bluetooth and Wi-Fi capability built in to most smartphones printing should in theory be easy.”

Yet in the long run he believes that even this urge to print from smartphones will disappear, as over time interfaces will look more like social media timelines than the Word documents of today.

“So it is going to be more about accessing chunks or clusters of data than large complex documents and as a result the need to print will decrease, especially when there is a new generation that is used to the e-book format,” Bamforth says.

By contrast, Angèle Boyd believes that printing is not about to die any time soon. And the group vice-president for print, imaging and document solutions at International Data Corporation (IDC) has her own figures to back this up.

In a survey of small to large companies carried out this year for the IDC’s Hardcopy Usage program and Cloud Print study that has not yet been published, most respondents say that tablets and mobiles will not decrease the amount they print and, although small to lower-medium-sized companies are more likely than others to expect a decrease, upper-medium-sized companies are actually more likely to expect an increase in printing.

“Our research shows that business users are still a bit more likely to say they need print than not to need print,” says Boyd. “Larger or complex documents are still often easier to review on paper, and many still see the printed document as the safer form of back-up, and some even feel it is more binding — though legally that is not necessarily the case.

“Indeed, US healthcare has been moving to electronic medical and health records, yet this industry is showing the highest increase in print.”

New generation
Boyd even questions the very existence of a new generation of e-book fanatics waiting to get their hands on a tablet and forget paper.

“Frankly it is hard to say if the explosive growth in digital content shown by IDC research will be offset by growth in youth in workforce and greater use of tablets,” she says.

“After all, cloud printing remains hard to use and fears remain about wireless security, so not everything is going to be moving to the cloud — so the need to support a hybrid print world will continue for some time. Moreover, there is such an explosion in digital content creation that even if we don’t print it all, some printing of such hugely growing content could actually drive print.”

The continuing challenge for any kind of print vendor — if they are to survive — is, she believes, to find growth opportunities large enough and growing fast enough to outrun any softness or decline in mainstream printing, and that may revolve around the potential to scan documents direct to the cloud.

Peterson believes that although all this talk of cloud printing is great, it is not something to get too excited about, as it is simply what the printer manufacturers have to do just to stay in the game, and that emailing documents to a printer will soon be like trying to light a fire with stones.

While he concedes that the number of smart devices sold may by sheer force of numbers increase the amount of printing, any real game changers will likely come from the third-party — and in the future — open-source apps.

One day, he believes, we will look back at Google cloud printing and see it as a rudimentary vision of the future, almost as the baby blocks of what is to come. —

Mark Piesing
Mark Piesing works from Oxford. Writing on sci, tech and the environment. Bylines include @BBC_Future @inews @UnHerd. Book due out Spring next year with @HarperCollins. Rep by @erinlcox Mark Piesing has over 2351 followers on Twitter.
Facebook
Twitter
WhatsApp
Linkedin

Google and Android system start to cut ties with Huawei

For bruised Apple, a need to go beyond the iPhone