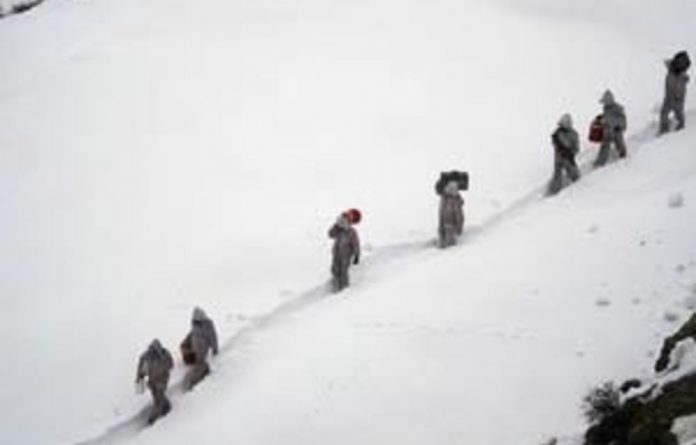 At least 100 Pakistani soldiers were buried alive in a remote area in the Himalayas when an avalanche crushed their camp, the military said on Saturday.

“More than 100 soldiers of NLI (Northern Light Infantry) including a colonel were trapped when the avalanche hit a military camp,” Abbas said.

“The rescue mission is continuing and rescuers are trying to rescue the soldiers.”

Communities isolated
State-run Pakistan television said it was in Giyari area of Siachen, where the Pakistan army has a base.

Avalanches and landslides frequently block roads and leave communities isolated in the mountains of Pakistan, neighbouring Afghanistan and in Kashmir, the Himalayan territory divided between rivals India and Pakistan.

The Kashmir region — of which Siachen is a part — is divided between Pakistan and India and is claimed by both in full.

Kashmir has caused two of the three wars between the neighbours since their independence in 1947 from Britain.

Both Pakistan and India have deployed thousands of soldiers in the disputed Himalayan territory of Kashmir but harsh weather in Siachen is said to have claimed many more lives than actual fighting.

Siachen is close to four of the world’s 14 peaks over 8 000 metres — K2, Broad Peak, Gasherbrum I and Gasherbrum II — all of which are on the Pakistani side of the frontline. — Sapa-AFP