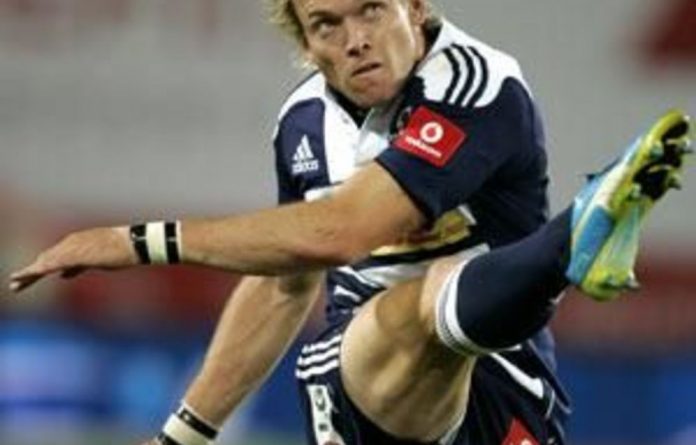 The Western Stormers remain the only unbeaten side in the Super 15 and notched up their sixth win when they out-muscled the Otago Highlanders 21-6 on Saturday.

The table-topping South Africans showed little evidence of fatigue after the long trip from Cape Town to start their Australasian tour, following a hard-fought win over the Northern Bulls.

Instead they produced a clinical performance built around a fierce defensive effort to inflict the second loss of the season on the Highlanders.

However, the competition leaders continue to find tries hard to come by and with only two against the Highlanders they are the only side in the competition without a bonus point.

However, captain Jean de Villiers said their game is about defence — which the Highlanders were unable to penetrate.

“We pride ourselves on our defence. We work terribly hard at it and we show our commitment to the team through our defence,” de Villiers said.

The Highlanders plans to play wide and tire the Stormers pack did not produce the desired result as they were stifled by close marking, and the South Africans complemented their tackling with three decisive intercepts.

The power of Pietersen
Fullback Joe Pietersen, a central figure for the Stormers, landed an early penalty before de Villiers engineered the first try, toeing the ball over the line and Gio Aplon beat Ben Smith in the race for the ball.

When the Highlanders were able to spend meaningful time in the Stormers half they never threatened the line and relied for points on the boot of Chris Noakes, who landed only two of four attempts in the first half.

The Stormers’ second try was the result of individual brilliance by Pietersen, who took the ball deep inside his own 22 and split the Highlanders defence with a run to the halfway, where he off-loaded to Juan de Jongh.

Pietersen stayed with the move to take an in-pass from Aplon and chipped past Highlanders fullback Smith to score. Peter Grant’s conversion put the Stormers ahead 15-3.

All Blacks halfback Jimmy Cowan came off the bench in the second half for his 100th Super match but not even his milestone appearance could lift the Highlanders, and the only points in the second half came from two Grant penalties to extend the Stormers’ lead. — Sapa