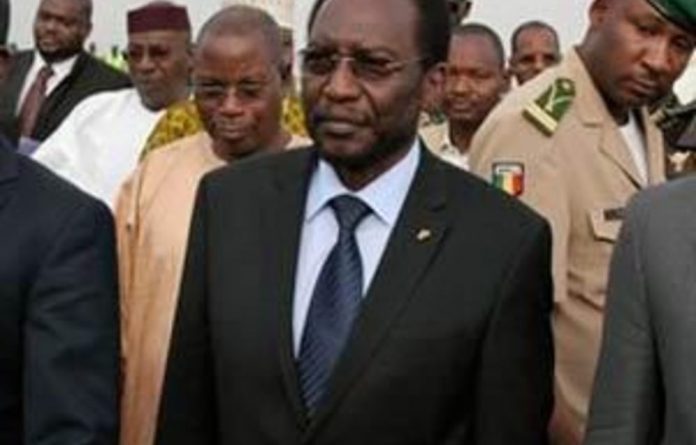 Mali’s President Amadou Toumani Toure, toppled in a military coup last month, formally resigned on Sunday, paving the way for the departure of the junta that ousted him.

Under the terms of a transition deal with the Economic Community of West African States (Ecowas), the junta’s leaders said they would allow a return to democracy once Toure formally quit.

The deal also provided for a lifting of sanctions imposed by Ecowas, already enacted, and an amnesty for those involved in the coup.

Looking tired and thin, Toure appeared in images broadcast by French international station France 24 to say the Ecowas deal was right for the country.

He had been put under no pressure to step down, he said. “More than anything I do it out of the love I have for my country.” This was his first public appearance since going into hiding following the coup.

Under the terms of the agreement, speaker of Parliament Dioncounda Traore is to become interim president with the task of organising elections, if possible within 40 days, according to the agreement.

Consequences
But Traore also has to deal with the consequences of the uprising in the north half of the country, which is now under the control of Islamist and Tuareg rebels.

Tuareg fighters there issued a declaration of independence on Friday which was rejected not just by the international community but by their former allies, the Islamist militia.

From Ouagadougou, Burkina Faso President Blaise Compaore, who played a key role in mediating the settlement, hailed the transition deal as a first step in restoring order to the troubled country.

The international community now needed to concentrate on two key issues, he said.

“It’s the return to constitutional order on one hand, and on the other, it is the preservation of Mali’s territorial integrity,” said Compaore.

“We have been able to make progress on the first, and we have in days to come to engage on the second,” he added.

Though the coup leaders justified their March 22 action by accusing Toure of incompetence in his handling the rebellion, the rebel forces made significant gains in the chaos that ensued to take control of the north.

‘Making its demands known’
Al-Qaeda-linked Islamists on Sunday claimed responsibility for the abduction on Thursday of seven Algerian diplomats from their consulate in Gao in north Mali.

A spokesperson for the Movement for Unity and Jihad in West Africa said the group would be “making its demands known”.

Traore, who flew into Mali from Burkina Faso on Saturday, said the country needed the army to recover all of its territory.

Mali’s neighbours Mauritania, Algeria and Niger called for the immediate transfer of power to the interim government.

Morocco said it would send 14 tonnes of humanitarian aid to Niger, already facing a food shortage as it struggles with drought to cope with an influx of Malian refugees.

According to the United Nations, more than 200 000 people have fled their homes in Mali since January, seeking refuge elsewhere in the nation or in neighbouring countries.

Peace
Amnesty International has warned of a major humanitarian disaster in the region.

UN secretary general Ban Ki-moon urged quick implementation of the transitional accord, and in his Easter Sunday address, Pope Benedict XVI called for peace and stability.

The three north towns of Gao, Kidal and Timbuktu were overrun by Tuareg rebels and Islamist armed fighters last week.

Residents in the region have reported systematic looting, rapes and the implementation of Sharia Islamic law in places.

A new armed group, the Azawad National Liberation Front (FLNA), meanwhile announced its presence in the north-east of the country, in a statement issued on Sunday, claiming 500 fighters.

Azawad is their name for the region of Mali they claim as their homeland. — AFP

Serge Daniel
Serge Daniel is a journalist and writer Franco-Beninese. He is the author of the best-selling book Les Routes clandestines (Hachette publishing house). He is correspondent for Radio France International and Agence France-Presse in Mali . He is the oldest post of all RFI correspondents on the African continent.
Facebook
Twitter
WhatsApp
Linkedin
ReddIt
Email
Print