‘No hope, no chance at all’ for Pakistan avalanche victims 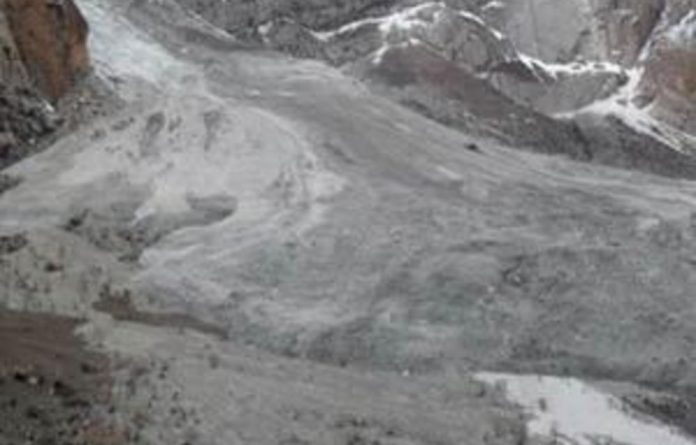 The Pakistan military on Sunday dug through snow, boulders and slush in an increasingly desperate search for 135 people buried in an avalanche, as hopes faded of finding any survivors.

Nearly 36 hours after a wall of snow crashed into a remote army camp high up in the mountains of Kashmir, rescuers were yet to recover any survivors or even bodies from the Siachen Glacier, where Pakistani and Indian troops face off.

The camp was engulfed between 5am and 6am on Saturday — perhaps when some were sleeping — by a mass of snow, stones, mud and slush more than 1 000m wide and 25m high, the military said in a statement.

About 180 military personnel and 60 civilian rescuers were braving freezing temperatures at the inhospitable site close to the de facto border with India, an area known as the world’s highest battlefield, the military said.

Experts familiar with the glacier said there was little hope of finding survivors — the military said overnight that 135 people were missing from the camp, including 124 soldiers from the sixth Northern Light Infantry battalion.

“There is no hope, there is no chance at all,” mountaineering expert Colonel Sher Khan said.

“You can survive only in the first five to 10 minutes,” said Khan. “The casualties in avalanches occur due to pressure of heavy weight, extreme cold and lack of oxygen.”

Rescue operations
The powerful army chief General Ashfaq Kayani visited the epicentre of the disaster and “supervised rescue operations himself”, the military said.

“The avalanche of such a magnitude was unprecedented in last 20 years of this Battalion Headquarters existence at Gayari,” he said.

General Kayani instructed the commanders “to optimally utilise all available resources at their disposal and leave no stone unturned to reach out to the entrapped personnel”, it said.

“Adequate medical staff has been made available for the treatment of injured persons in forward field hospitals,” it added.

‘Deep concern’
A tailor and two hairdressers were among the civilians missing in the thick snow in the militarised region of Kashmir, which has caused two of the three wars between India and Pakistan since their independence in 1947 from Britain.

The United States on Sunday expressed its “deep concern” for the soldiers trapped in the avalanche and offered assistance in the search operations, the US embassy said.

“We offer our condolences for those who have lost their lives as a result of the avalanche,” it said.

“The United States is ready to assist Pakistan in search, rescue and recovery operations.”

Siachen became a flashpoint when India occupied key areas in 1984, including the heights, prompting Pakistan to immediately respond by deploying its own forces.

The nuclear-armed rivals fought a fierce battle over Siachen in 1987, raising fears of all-out conflict, although the guns on the glacier have largely fallen silent since a slow-moving peace process was launched in 2004.

Military presence
India and Pakistan have spent heavily to keep a military presence on the glacier, where temperatures can plunge to minus 70C° (minus 95F).

New Delhi reportedly spends more than 40-million rupees ($800 000) daily on its Siachen deployment — a figure that does not include additional wages and bonuses.

Experts have previously said that India has around 5 000 troops on the glacier, while Pakistan has less than half that number. The harsh weather and altitude claim many more lives than actual fighting.

Avalanches and landslides frequently block roads and leave communities isolated in the mountains of Pakistan, neighbouring Afghanistan and in Kashmir.

In February, at least 16 Indian soldiers on duty in the mountains of Kashmir were killed when two avalanches swept through army camps.