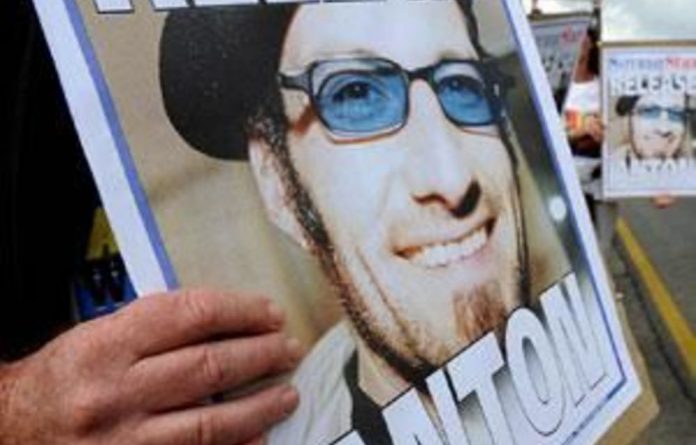 DNA taken from a coffin found in a mass grave in Libya may match that of South African photographer Anton Hammerl, according to a report on Tuesday.

As Libya does not have the capacity to do DNA testing, it was understood officials were in the process of sending the genetic material — from coffin number 57 — to the headquarters of the International Commission on Missing Persons (ICMP) in Bosnia, the Star newspaper reported.

Hammerl was covering the conflict in Libya when he was shot by militia loyal to then Libyan leader Muammar Gaddafi near the town of Brega on April 5 last year.

Brigadier Leonie Ras from the SAPS victim identification centre told the daily newspaper that the ICMP was aware of the sample but had not yet received it.

Ras was planning to send DNA samples from Hammerl’s parents to the ICMP on Tuesday in a bid to compare them with those found in coffin number 57.

“Payment of rewards to rebels have been stopped due to violations and abuses,” Mohammed Harizi, spokesperson for the ruling National Transitional Council, was quoted as saying.

“Millions of [Libyan] dinars allocated to revolutionaries were lost in [illegitimate] payments to non-beneficiaries,” he said.

The interim authorities referred the violations to the offices of the attorney general and audit bureau for investigation, the spokesperson added.

No further payments would be made until distribution mechanisms are revised and the lists of beneficiaries approved by local military councils across the country, Harizi said.

He stressed that the main purpose of bonuses was to encourage rebels to join the official institutions of the state and hand in their weapons.

Militiamen angered by non-payment have recently held small protests in front of the headquarters of the interim authorities in Tripoli and raised checkpoints blocking traffic in some neighbourhoods of the capital. — Sapa-AFP