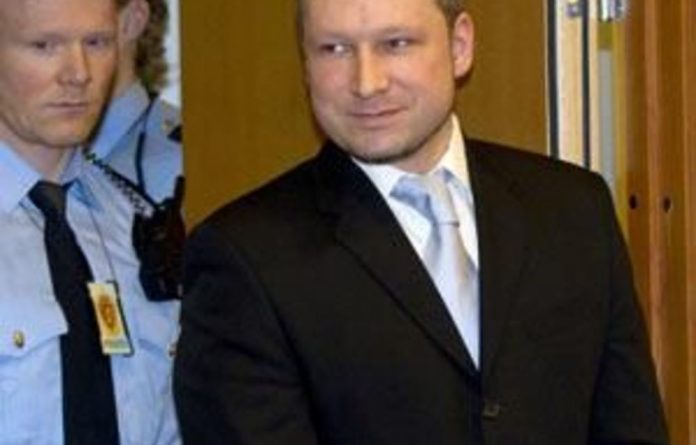 Norwegian Anders Behring Breivik was sane when he killed 77 people last summer in attacks he saw as punishing “traitors” who favoured immigration, a psychiatric team said on Tuesday, in a report contradicting an earlier one that found him psychotic.

Breivik has insisted he is mentally stable and demanded that the attacks — the most violent in Norway since World War II — be judged as a political act rather than the work of a deranged mind.

“The mental health experts’ main conclusion is that defendant Anders Behring Breivik is considered not to have been psychotic at the time of the actions on July 22 2011,” Oslo district court said in a statement.

A report completed in November found Breivik to be a psychotic who also suffered from paranoid schizophrenia during and after the July 22 attacks.

A final ruling on Breivik’s mental condition will be made by a five-judge panel near the end of his trial. The latest report could give the judges grounds to sentence Breivik to prison if found guilty.

‘War to save European culture’
His trial on terror and murder charges is due to start next week and is expected to last 10 weeks.

Breivik (33) has admitted detonating a bomb that killed eight people at government headquarters in Oslo, then massacring 69 people with gunfire at a Labour Party summer camp. Most of the summer camp victims were teenagers.

In a preliminary court hearing Breivik denied criminal guilt and suggested his actions were part of a war to save European culture.

If Breivik is found guilty and the judges side with the latest psychiatric report, he could face 21 years in prison with the potential for indefinite extensions to prevent him from repeating his crimes.

If he is eventually ruled psychotic, Breivik would likely face an indefinite period of psychiatric care in a locked facility.

Breivik’s defence team has said its primary goal at the trial would be to prove their client sane. — Reuters