The heat is on for Malawi’s new President Banda 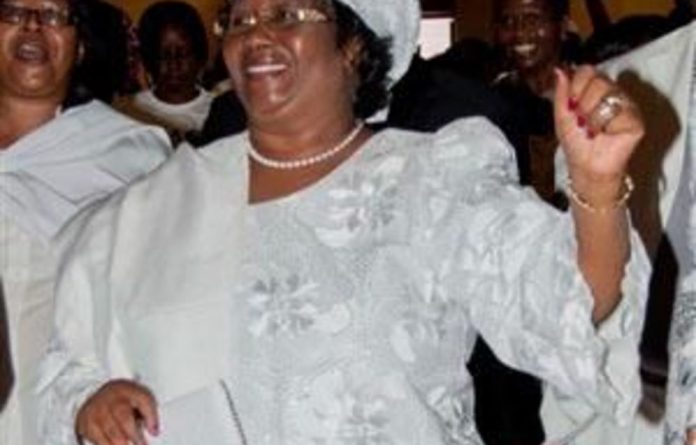 If Malawi’s new President Joyce Banda needed a sobering reminder of her daunting to-do list, a trip to a local supermarket in search of a bag of sugar is all that would be needed.

Shortages of the household staple are the latest crisis to hit the ailing economy — battered by years of daily foreign currency and fuel shortages — which Malawians expect the newly sworn-in leader to sort out.

“I have been here since six o’clock in the morning. There’s a scarcity of sugar in Malawi — it’s about one month now,” said Moses Tstate (32) after nearly four hours in a massive sugar queue.

“It’s so frustrating, just because this product is made in Malawi but it’s nowhere to be found.”

Locals see Banda as a saviour to the former British colony’s woes brought by the late Bingu wa Mutharika who oversaw a souring of donor ties, including aid cuts, curtailed freedoms and widely criticised economic policies.

Calling for unity
The 61-year-old has already scored points since taking office on Saturday by calling for unity and purging Mutharika allies from top posts, including the police chief whose force shot dead 19 people in anti-government riots last year.

But Malawians, already living in one of the world’s poorest nations, are also watching for signs of an economic turn-around from Southern Africa’s first female leader.

“The president should focus on getting business running again! That’s all,” said Daniel Dunga, chief executive of the Society of Accountants in Malawi.

“That requires a few things done together but top most are forex [foreign exchange] availability. Everything else follows that.”

Key will be repairing damaged ties with global lenders and donors who are Malawi’s biggest source of foreign exchange and who fund up to half the national budget.

The devaluation of the local kwacha and a review of an investor-hostile tax system are also needed, he said.

“The crisis is very deep,” added Dunga. “Business is grounding to a halt. The economy simply isn’t moving.”

“Right now we are no longer living in fear, in the way we used to just four, five days ago, because we have a new president who believes in democratic principles,” said Undule Mwakasungula, chair of the Human Rights Consultative Committee, which had called for Mutharika to step down.

“But I think the economy needs a long-term approach — economically we are in a mess.”

Banda has a civil society background and was a vocal Mutharika critic after the pair fell out. But her favourable early reviews are in a Malawi that is no longer prepared to silently accept poor leadership.

Frustrations in the normally peaceful Southern African nation boiled over last year into deadly riots. And Mutharika’s sudden death on Thursday, due to a heart attack, was amid furious calls for his resignation and threats of unrest.

Daily queues
One of the most visible signs of his legacy are the daily queues hoping for fuel at empty filling stations.

“I’m using the fuel which I bought from what we call black market — it’s times three the normal price at the pump,” said Lilongwe doctor Sam Kabota, packing away shopping bags full of goods — bar sugar.

Banda has made a good start, he said, but will be watched “more than closely”.

Few deny that Banda has a tough road ahead with a gross domestic product of $343 per person and sharp dips in Malawi’s top earner tobacco.

But hopes are high that Banda will be a more responsive leader than Mutharika who frequently butted heads with advice givers and critics.

“The economy is in a mess,” said Mwakasungula. “We need a very responsive government, but also listening leadership, to make sure that we get out of the problems that we are in.”

Activist’s death investigated
Banda has also announced an investigation into the 2011 death of an activist who had criticised Malawi’s late president.

Banda said she was intent on repairing relations with the country’s foreign donors and that she had fired the minister of information and the head of state broadcasting.

In speaking on Tuesday of the death of 25-year-old activist Robert Chasowa, Banda said: “I am a mother, and I spent days imagining how my fellow mother felt on the death of her son. People should not just go about murdering people anyhow and get away with it.”

Chasowa was found dead on a pavement at a Blantyre university campus. He had been very critical of the Mutharika administration. Mukhito, then the police chief, told reporters Chasowa killed himself and police released two suicide notes. But relatives and friends said Chasowa was not suicidal and that the handwriting on the notes was not his.

Autopsy bungle
Under pressure from the public, the police released an autopsy report that stated Chasowa died after a “a fall from a high place”. But pathologists denied writing such a report, and said instead that Chasowa died after being hit on the back of the head by a blunt object and that there was no sign he had fallen.

Banda said she was working on normalising relations with donors. She said she has received calls from Britain’s Africa Minister Henry Bellingham and US Secretary of State Hillary Clinton, and spoken with International Monetary Fund (IMF) officials.

Last year, Mutharika expelled Britain’s High Commissioner to Malawi after the envoy was quoted in a local newspaper as expressing concern that the president was increasingly intolerant of criticism and human rights were under attack. Britain, a former ruler of Malawi, then indefinitely suspended aid to Malawi, which in the end invited the envoy back.

Last month, a US aid agency that rewards good governance suspended $350-million worth of assistance to Malawi.

Off-track with the IMF
The IMF describes its program with Malawi as “off-track”. Mutharika had ignored IMF advice to devalue the country’s currency.

“There are certain administrative decisions that cannot wait,” Banda said at her news conference on Tuesday about the dismissal of Information Minister Patricia Kaliati, Malawi Broadcasting Corporation chief executive Bright Malopa and police chief Mukhito. She did not elaborate.

At a news conference on Friday, Kaliata had suggested Banda could not become president. Malopa was a trusted ally of Mutharika.

The Malawi government only confirmed Mutharika’s death on Saturday, two days after he died and a day after it was announced by doctors. The delay in announcing Mutharika’s death and allowing Banda to step in led to speculation politicians were squabbling over succession.

Banda had clashed with Mutharika and been expelled from his party. But she remained vice president, and under the Constitution took over to complete Mutharika’s term, due to end in early 2014. — Sapa, AP, AFP