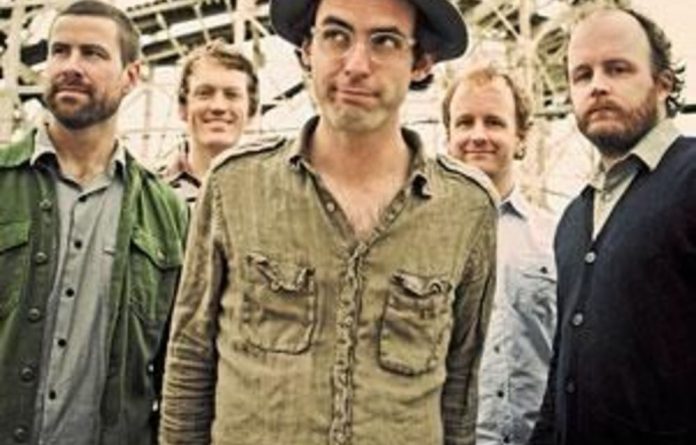 Brother Moves On is part of a growing black, urban, post-rock scene that has emerged in the wake of the BLK JKS’s success.

Like the JKS, the Brother’s sound is a tradition-trouncing Afrocentric, futuristically ancient fusion that jackknifes between spectral dub-metal, hyperrhythmic rock psychedelia, indie-township and astro afro free jazz. But Brother Moves On does not simply hijack the Jks formula. With the JKS it is all about the music, but the Brother embraces a multimedia aesthetic, challenging hip-hop’s five pillars (MCing, DJing, B-boying and graffiti writing). The group’s “conceptechnic” performance art project incorporates historical, political and sociological perspectives. Cape Town audiences will be treated to their crazy futurist music, art and polemics when they takes to the stage as part of David Krut Projects’ Sonic Suburbia event. Joining them is Machineri’s ­Sannie Fox and legendary acoustic guitar griot Derek ­Gripper.

■ Brooklyn five-piece indie rock band Clap Your Hands Say Yeah was one of the internet’s first DIY music success stories. After its 2005 self-titled debut catapulted it from nowhere to selling more than 125 000 copies without a label, it became the stuff of legend. Hailed as the poster boys of independent music’s democratic new frontier, the band proved it was possible to make it big on the merits of the music alone.

Almost a decade later, in the age of Lady Gaga and Die Antwoord, the dream has faded somewhat, but Clap Your Hands Say Yeah is still going. The band returned last year with a new album. Contrary to its title, Hysterical is a lo-fi affair on which the band returns to its old formula of brassy indie rock with off-beat exuberance. It headlines the first of the Adidas All Originals Live Performances Series this weekend.

Resilience alone in the face of crisis is not what will get us through. It needs to be coupled with intentional investment and support to address the reality of our country’s youth
Advertising