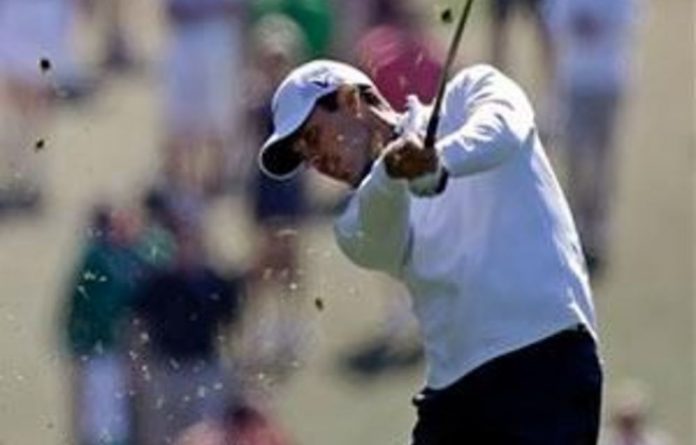 Louis Oosthuizen scythed an eagle and six birdies as he eased his US Masters play-off frustrations with a blistering six-under-par 66 first round at the Maybank Malaysian Open on Thursday.

Oosthuizen lay two shots behind provisional leader and close friend Charl Schwartzel as the South African duo shrugged off a marathon 30-hour trip from Augusta on a balmy morning at the par-72 Kuala Lumpur Golf and Country Club.

Oosthuizen (29) said his confidence was pumping despite Sunday’s agonising Masters play-off when he lost out on the second extra hole to flamboyant American Bubba Watson.

“We played well. Charl played really well, he could have shot 10, 11-under if he’d wanted to so it’s great to always see him play well and it’s just nice playing together when you’re both playing well,” Oosthuizen said.

“Any tournament where you finish well, you always take confidence out of it and I feel like I’ve been playing well for quite a while now and I just came in here trying to win this event.”

Oosthuizen and Schwartzel, playing together alongside Thailand’s Thongchai Jaidee and looking surprisingly fresh, duelled for the lead as they swept through the undulating course accompanied by a few dozen fans.

Good starts
Starting from the 10th hole, both turned at three-under before Oosthuizen drove into a flower-bed from the first tee for bogey, one of two in his round.

But Oosthuizen, who had stunned Augusta with a 253-yard albatross on Sunday, quickly recovered with an eagle on the par-five third hole after he cracked a three-iron to within 20 feet and drained a curling putt.

Meanwhile Schwartzel went on a run of five birdies up the home stretch to finish on eight-under 64, leading by one shot from India’s Jeev Milkha Singh as play continued.

Schwartzel, the 2011 Masters champion who had watched in anguish as Oosthuizen narrowly missed his second major on Sunday, said both players had fed off each other as between them they birdied all but seven holes.

“We both got off to really good starts from the beginning and it helps if you see guys making birdies. You know that they’re out there and Louis’s playing so good right now it’s nice to watch, it urged me on,” Schwartzel said.

“I felt surprisingly good. I got a good night’s sleep and I woke up before my alarm and I was ready to go. We’re going to go back and lie down for a bit,” he added.

Watney holds off Tiger to win in Malaysia