ANC must renew itself and root out sins of incumbency 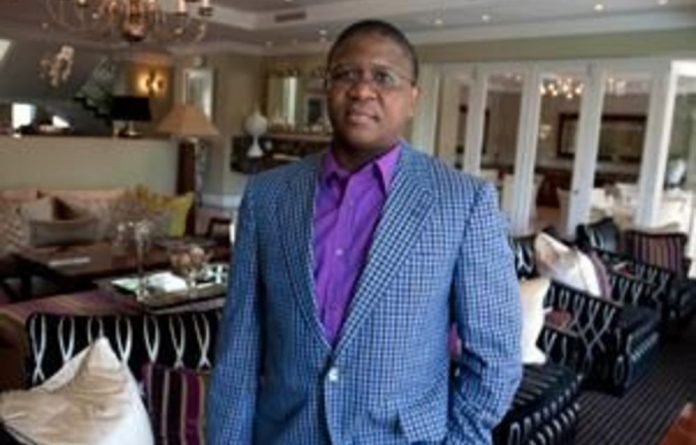 This week the ANC, in preparation for its policy conference in June, released a discussion document titled “Organisational Renewal: Building the ANC as a Movement for Transformation and a Strategic Centre of Power“.

The Mail & Guardian‘s Charles Molele and Matuma Letsoalo interviewed the ANC’s head of campaigns, Sports Minister Fikile Mbalula, about how the party plans to make itself relevant in the 21st century

Such as what?
There are numerous challenges facing the ANC, but chief among them is what we call the “sins of incumbency” and seven dangers of transition. These also include the question of social distance from the masses of our people and the rise of palace politics.

We are repositioning the ANC to be able to weather the storm and the test of time, because as much as our strategic objective is to remain in power forever, we should also be a party that is responsive to the possibilities of being out of power at some point in time.

The issue of discipline among ANC members has become a big problem. How do you plan to deal with this?
We don’t want to be a disciplining party and discipline people en masse. Discipline is a political tool and it is corrective. We only reject the incorrigible.

Political analysts say many tendencies such as ill-discipline in the ANC began in the run-up to Polokwane in 2007, with people burning T-shirts of former president Thabo Mbeki. What’s your assessment?
It is disingenuous to say problems started prior to Polokwane. The negative tendencies, such as character assassination and the sins of incumbency, have been there for some time. It is criminal to burn a T-shirt of a comrade. Thabo Mbeki is not an enemy. The enemy is the capitalist. We burned the flag of Israel and of Britain during Margaret Thatcher’s time. It is wrong to swear at Jacob Zuma or Gwede Mantashe. We have a platform to express our views during congress. If we swear at people, they will swear at us when we are in power.

Factionalism is one of the key issues you’ve identified in the discussion documents as damaging the ANC. What’s the best way to deal with this?
If you’re able to address the issue of cadre policy and refine it, you will then be able to deal with factionalism, because it usually sets in where there is a crisis of ideological depth in the party. If you’re able to deal with the question of cadre policy, then you will be able to begin to deal with the issue of factionalism. Because of the tendency of factionalism, ANC members tend to denounce the formal structures of the organisation and become accountable to a grouping rather than a collective. Factionalism is like a ghost. It is untouchable. But its distinct feature is to resort to the study of numbers.

People say, if I have these numbers, I can make a determination as to who becomes a member of the ANC. As a result, factionalism compromises quality. It embraces quantity.

The top leadership is also blamed as part of the factionalism, according to some ANC members. How do you deal with this in your organisational renewal report?
In the document we do not refer to any structure of the ANC [as responsible for factionalism]. We’re talking about factionalism in all its manifestations. Even at the highest echelons — because if you’re a leader you must be beyond reproach, you must walk the talk.

Cadre policy is seen by some as a reason for lack of service delivery. Do you agree with that?
Our strategic cadre deployment policy is not based on favouritism. We need cadres who are well-informed about our mission. We are unapologetic about the policy. In the document we talk about an all-rounded cadre of the ANC, somebody with academic excellence, we talk about track record and — somebody who is politically conscious and ideologically grounded about what is best for the people of South Africa and what the ANC seeks to do.