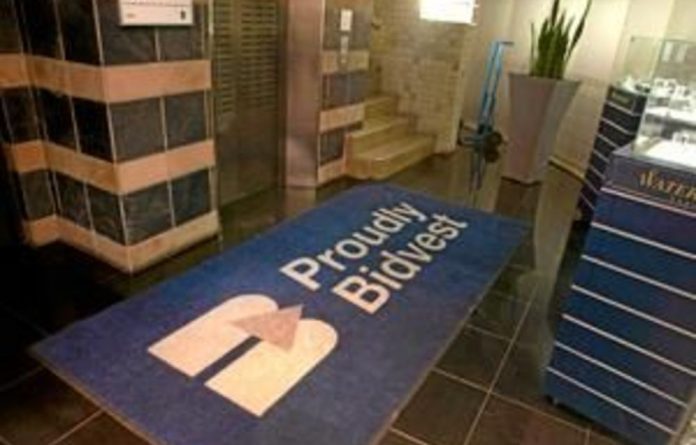 Although Bidvest Bank is adamant that it is in no way aiming to take on South Africa’s big four banks, its latest offering may just give Capitec a run for its money.

Capitec has been the whizz kid on the banking block, challenging the big four in the low-cost market. It does not have the legacy of an expensive branch network and has been able to use technology and efficiencies to lower costs and provide strong competition to the others.

Bidvest Bank is in a similar position, although its traditional client base has been built through foreign exchange rather than microloans. Like Capitec, it is offering a simple, cost-effective bank account.

Bidvest recently started advertising its transactional bank account, which has been in operation since 2009. “We identified that there was a need for customers to get a bank account on a low-cost basis but with flexibility in terms of earning interest,” said Darren Abrahams, the bank’s head of deposits and investments.

He is clear, though, that Bidvest is not interested in competing head-on with the other banks. “We have appealing deposit products and high interest rates to grow customers, but we don’t believe in entering a price war.”

Capped fees very appealing
The major selling point of the Bidvest Bank account is that fees are capped at R72 a month. It means that no matter how much banking a person do, the fees will never exceed this amount. And because it is a basic pay-as-you use bank account, the banking fees of a customer who only does a few transactions a month could be even lower.

Bidvest Bank does not have a niche target market — it services everyone. As part of its client-acquisition strategy, it waives the R15 monthly account fee for clients younger than 21, which makes it an attractive offering for a student or child, whose savings can be eaten away by monthly fees.

In addition, point-of-sale transactions are free for all customers.

But it is pensioners who really benefit, because all fees are waived for customers older than 65. This offering is combined with aggressive interest rates for fixed deposits.
Bidvest Bank has already positioned itself fairly aggressively on the deposit-taking side and its 121-day notice account, which has an effective interest rate of 6.5% a year, is one of the best on the market. Abrahams said it had attracted a great deal of deposits for the bank.

Traditionally, smaller banks have always offered better interest rates than the big four, because they price in a certain amount of risk by not having the kind of balance sheets into which the large banks can tap.

This risk was fully understood in the banking crisis in 2000, when Saambou Bank fell and BoE had to be rescued by Nedbank.

However, Abrahams said that Bidvest Bank had an A3 rating from Moody’s rating agency and the backing of the Bidvest Group, whose market capitalisation is about R59-billion. The bank, he said, was compliant with the Basel III capital requirements.

Bidvest Bank’s entry into the transactional bank account space is part of its strategy to offer “simple, competitively priced and transparent customer solutions”. It is in a position to offer cost-effective banking.

“We come from an environment where we don’t have a current client base that will be cannibalised by the new offering. We are trying to keep pricing low to build customers as part of an acquisition strategy and to develop the brand,” said Abrahams.

He added that the bank was not spending huge amounts of cash on above-the-line marketing campaigns, allowing it to keep the cost of acquisition relatively low. “We want to grow customers and for them to use it as their primary account by paying their salaries into it, but we do not offer an overdraft facility.”

So should you be banking with Bidvest Bank? It is a very compelling offer if you are looking for a children’s bank account and so is the account for customers older than 65.

Lower-income earners who have limited transactional needs may find that Capitec offers a better solution — its monthly fee is a third of Bidvest’s fee and the transactional costs are generally lower.

Interest rates on Capitec’s Global One account are also higher for lower balances, paying 6% for amounts under R10 000.

However, if you are a higher income earner who transacts frequently, the R72 cap on Bidvest’s account is appealing and could substantially cut your banking costs.

The downside is that Bidvest has a limited number of its own ATMs — only 52 — and customers would have to rely on those of other banks, which is more expensive.

Although customers would only pay R2 to draw cash at major retailers such as Pick n Pay and Checkers, it would cost about R11.40 to withdraw R500, for example, if they used another bank’s ATM. But once you reach the R72 a month limit on fees, all ATM withdrawals are free.

​What you should know when buying a car