Bok brew: Budding promise of a good crop of players 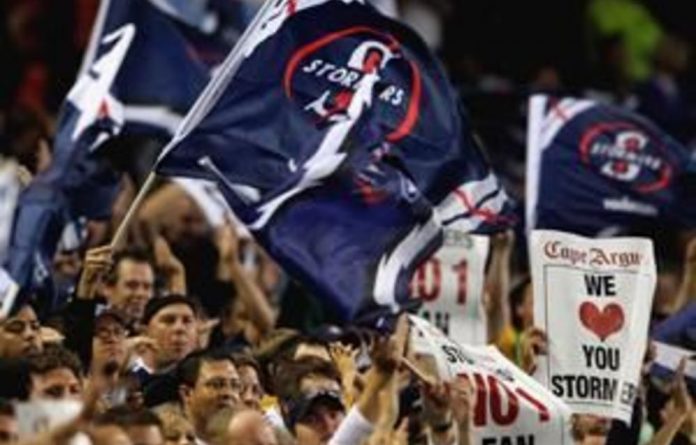 When the Stormers step on to the field to face the Crusaders in Christchurch in their Super Rugby match on Saturday, they will have an unbeaten record this season but some unwelcome memories in their heads. The Cape side played the Crusaders twice at Newlands last year and lost both times. The second of those defeats was in the semifinal and it was a bitter pill to swallow for a team whose legion of supporters believed it had a divine right to play in the final.

The fact is that although the Stormers were the best of the South African sides in 2011, there was something missing in the overall mix that made them vulnerable under pressure.

This year the problem seems to have been fixed and the Cape side put up one of the best performances ever seen by a South African side in New Zealand last week.

They made light of the longest journey Super Rugby has to offer and took on the Highlanders in Dunedin as though they had exchanged provinces rather than time zones. Their opponents this week have had to make a similar journey following their game against the Bulls at Loftus last week and it would be surprising if the Crusaders are able to perform in Christchurch the way they did at Newlands last year.

Young, gifted and black
The Stormers are a better side in 2012 for many reasons, but principal among them is an amended player base that includes a few who are young, gifted and black. The jewel in the crown is the 20-year-old flank forward, Siya Kolisi, who has adapted to life in the first team with the aplomb of one who believes he belongs. Also on tour with the Stormers are Siyabonga Ntubeni, a hooker who made his Super Rugby debut last year, and Nizaam Carr, an open-side flank forward who caught the eye in a series of dynamic performances for South Africa at last year’s under-20 World Cup in Argentina.

Kolisi’s background is of the kind that the South African Rugby Union (Saru) has been trying to foster with its development programmes for years. Born in Port Elizabeth’s Zwide township, he has rugby in his blood. He says: “I started playing when I was about eight or nine. My father and uncles all played when they were younger and I wanted to follow in their footsteps. I played for my township school until I was spotted and offered a scholarship to Grey PE for my grade seven year.”

From there he progressed through the ranks with Eastern Province and was spotted early by Saru scouts. They put him into the under-16 and then the under-18 SA Elite squads, picked him in the SA Schools team in 2008 and 2009 and then prepared him for senior rugby in the under-20 squads in 2010 and last year.

Kolisi is an example of what can happen when development systems work. He was spotted early, sent to an elite school on a bursary, kept in the system throughout his teenage years and then released into a professional environment. It is worth noting, because for every Kolisi there are a host of equally talented black kids who do not make it.

The fact that they do not make it is not necessarily because the system does not work. It merely goes to show how few sports-people from all walks of life are able to convert youthful promise into adult achievement.

Like Kolisi, Ntubeni is from the Eastern Cape, but he was plucked from Border Schools during the under-16 week and placed at King Edward School in Johannesburg. He played for South Africa Schools while at the school and then moved south to further his education at the University of Cape Town. The Varsity Cup was the next step for the youngster known as “Scarra” and he played in the same UCT teams as both Kolisi and Carr.

Kolisi is the taller and heavier of the two and it may be he who moves to the blind side to accommodate the pace and handling skills of Carr. Whatever the case, South African rugby in general, and Western Province-Stormers rugby in particular, has good reason to celebrate the simultaneous arrival of such rich talent.

Upcountry, the standard-bearers for the younger generation of black talent are two props: Caylib Oosthuizen of the Lions and Trevor Nyakane of the Cheetahs. Oosthuizen hails from Oudtshoorn but is studying at the University of Johannesburg. He gained attention earlier this season when his brief second-half appearance for the Lions was the only splash of colour in John Mitchell’s match-day squad.

Nyakane has the least conventional rugby background of any of the young guns. He was born in Bushbuckridge in Mpumalanga and started playing rugby at the Gravelotte Primary School without any family background in the game. Originally a centre, he started growing outwards at age 12 and scouts from Ben Vorster High School in Tzaneen persuaded him to join them.

Nyakane can play on both sides of the scrum but prefers loosehead. He is small 1.78m by modern standards but squarely built and powerful. He has good hands, which is one of the benefits of spending time at centre. The Cheetahs have wisely decided not to rush him, but rather to let him mature into a lasting asset instead of being an overnight sensation.

Experience tells us that it is highly unlikely all five these players will fulfil their talent. One may get seriously injured, one may stop developing and join a smaller union and another may just drop out of sight. That leaves two for future Springbok selectors to consider. Put your money on Kolisi.