Funk me to outer space 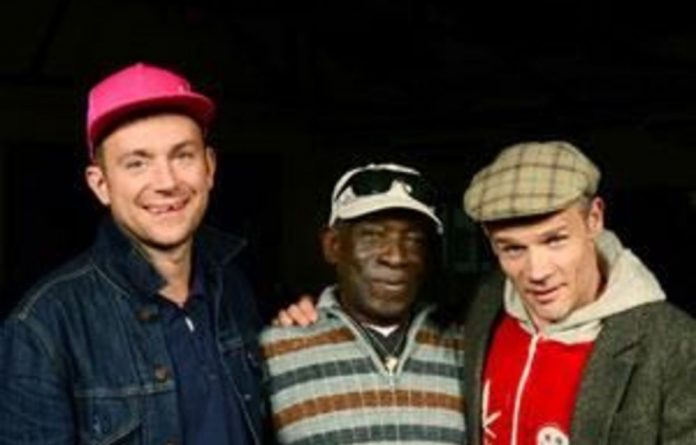 Conceived on a flight to a festival in Lagos, Nigeria, Rocket Juice and the Moon is the kind of project that had music fans salivating long before the musicians were finished in the studio.

The way the story is told, a chance meeting between Afrobeat innovator Tony Allen and Red Hot Chili Pepper bassist Flea, who sat together on the flight, morphed into a planned jam session.
Blur and Gorillaz front man Damon Albarn said recently that Flea was a big Afrobeat fan and the chance meeting was the spark that was needed to get the two in a studio together.

“He really needs a solid bass player who’s able to play within his beat and not be too flashy.

“Flea can be as flashy as you like but he’s a great musician, so he was sensitive to what he needed to do and happy just playing in Tony’s pocket.The two of them just sounded perfect immediately so we just realised we could do something.”

Others were called in to collaborate, such as soul singer Erykah Badu, two Malians — diva Fatoumata Diawara and composer and arranger Cheick Tidiane Seck — the riotous Hypnotic Brass Ensemble and Ghanaian rappers M.anifest & M3nsa.The resulting album, named after the band that recorded it, hit the shelves at the end of March, courtesy of Honest Jon’s Records, the label Albarn was involved in setting up.

But can an album with so much expectation live up to the hype?

The answer is an emphatic yes and much of the success has to do with the band’s dynamic all-star rhythm section.

Good chemistry
Flea recently told Mojo magazine that the feeling between him and Allen was special. “It is difficult to put in words but it’s a beautiful thing,” Flea said.

Allen added: “It feels like I have been playing with Flea for many years.” This chemistry is evident because running through the album are the monster-funk grooves laid down by the duo.

As Albarn told the Quietus, Allen liked “to get into the pocket and just explore that for, like, 10 minutes”. It is exactly what the Afrobeat legend does, with Flea playing a playful supporting role.

But this is not some Afrobeat update for the 21st century. Rocket Juice and the Moon blend reggae, soul, dub, hip-hop and funk with Allen’s Afrobeat rhythms to create something wholly new and fresh, a new sound for a new time.

Take the band’s first single, the magnificent Hey Shooter, in which Badu coos over a tight, horn-driven funk groove to create a psychedelic soul masterpiece.

“I wish you well on your journey to the sun,” sings Badu in that sultry voice as Allen and Flea funk out. It is a disarmingly sexy moment.

But Rocket Juice and the Moon do not let up there: the dubby funk of Lolo blends the gorgeous voice of Diawara and the hotly tipped emcee skills of M.anifest with the addictive horns of the Hypnotic Brass Ensemble to create a gem. And Chop Up, featuring M.anifest and M3nsa, combines funk drums, elastic bass and an almost palm-wine guitar riff over which the Ghanaians groove.

Albarn steps into the limelight for only one track, taking the lead vocals on the slow groove Poison, which is a great down-tempo moment on an album littered with grooves designed to make you shake your ass.

“It is all funk,” Allen told Mojo. “Groove music, music that makes you dance. The audience don’t want to sit and listen; they want to move their bodies. That is crucial — and Rocket Juice and the Moon will make them do it.”