Modise: Downs are going for broke 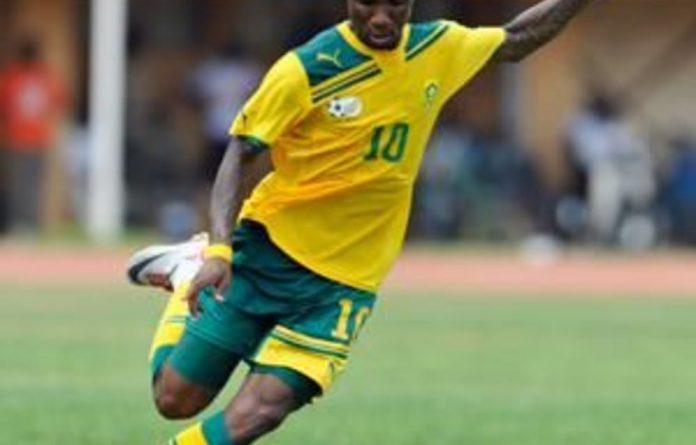 Mamelodi Sundowns are working towards a rare league and Cup double this season, according to captain Teko Modise.

The Premiership leaders will face Maritzburg United in Atteridgeville on Saturday for a berth in the Nedbank Cup semifinals.

“We want to win the league for our supporters, and maybe the Cup for ourselves,” Modise said.

“We know it won’t be easy, but the guys are working hard and taking each game as it comes until the end of season,” he added.

Sundowns will go into the match as favourites against the unpredictable KwaZulu-Natal outfit.

Modise was wary of United, last year’s semi-finalists, and their ability to cause upsets against so-called big teams.

“They will be underdogs because everyone is expecting us to win, said the Bafana Bafana player. But we will show them respect and will work hard on going through to the next stage.”

Middendorp wary of Downs
United coach Ernst Middendorp heaped praise on the formidable Brazilians squad, and said a victory would be difficult on the road.

“They have a fantastic squad, one of the best in the league, so it will be tough,” Middendorp said.

“If we can keep our structure and play the way we did in the league against SuperSport United, and in the first 35 minutes of the match against Santos, then we’ll have a chance.”

Later on Saturday, Kaizer Chiefs and Free State Stars square off in a crunch encounter at the Peter Mokaba Stadium in Polokwane.

Chiefs’ former midfield pairing of Donald Khuse and Doctor Khumalo have been tasked with coaching the team after the club parted ways with former minder Vladimir Vermezovic on Thursday.

Renowned knockout competition specialists, and having missed out on two cups this season, Chiefs have set a target on lifting the penultimate trophy on offer this season.

“It is important that we proceed to the next round of the competition and we are going to do everything to ensure that happens,” defender Lincoln Zvasiya told the club’s website on Friday.

“We want to win the cup and the most important thing will be to beat Stars and progress to the next round.”

On Sunday, AmaZulu take on league strugglers Santos in KwaMashu, with their coach, Roger Palmgren, seeking a clinical performance from his Durban charges.

SuperSport United face Jomo Cosmos, who are last in the league, in Polokwane. — Sapa