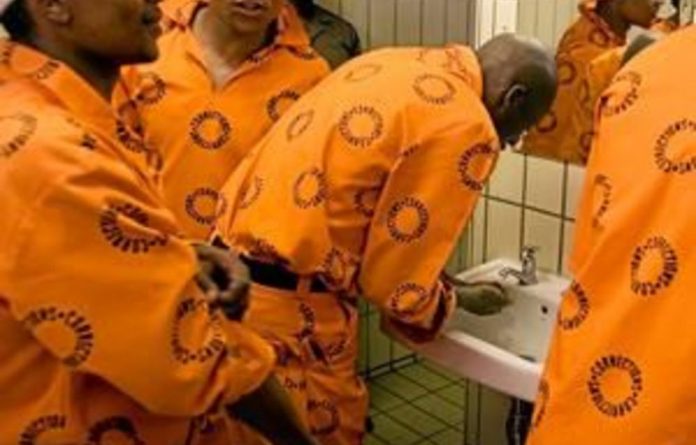 Josephine and Margaret Leping felt elated when they heard that their brother, Bobby, would be released from prison in January. But their elation quickly changed to desperation as they entered the prison compound to pick him up.

Josephine said: “He passed out on a patch of grass in front of Pretoria Local Prison. He was thin, his skin was yellow and he had a rash all over his face. A stranger had watched over him until we arrived and told us he was still breathing. Our brother went into prison a healthy man, but he came out deadly sick. He was innocent and should never have been imprisoned in the first place.”

Their brother died two weeks after his release.

Bobby Leping was sentenced in 2009 and acquitted in 2012 of possession of illegal firearms. The police were called to a family tiff and they found a gun behind his TV set. On appeal, his lawyer proved it was not his gun and all charges were dropped.

Josephine (58) and Margaret (60) took care of their brother while he was battling tuberculosis in Pretoria Local Prison’s hospital. “Bobby didn’t have to die,” said Margaret. “He had a curable disease. No one will tell us how he contracted TB.”

Unlikely suing success
The sisters plan to sue Correctional Services Minister Nosiviwe Mapisa-Nqakula for damages, but their chances of success are not great. Last week, the Supreme Court of Appeal decided that Dudley Lee, an awaiting-trial detainee who claimed he was infected with TB in Cape Town’s Pollsmoor prison, would not be compensated. He sued the minister for failing to prevent or manage the pulmonary disease while he was incarcerated from 2000 to 2004. The court found no proof that he was not infected before he came to prison.

Although the source of TB infection might be debatable, deaths because of it are a hard fact of prison life. In 2009 and 2010, the judicial inspectorate for correctional services registered about 900 natural deaths in prisons, of which more than 100 were caused by TB.

The substandard conditions in South African prisons make them a hotbed for the respiratory disease, according to the authors of an article published in the South African Medical Journal last November. They warned that systemic overcrowding, poor ventilation, chronic shortages of nurses and delays of up to four months in diagnosis and treatment had led to a TB epidemic in the prisons.

Simple measures such as increasing ventilation in cells were not being carried out. Compliance with national minimum standards relating to cell occupancy could decrease the spread of TB by 50%, according to the scientists.

Natasha Davies of the Wits Reproductive Health and HIV Institute published an article in a medical journal this month based on her research into the results of antiretroviral treatment for HIV-positive inmates in Diepkloof prison in Johannesburg.

By the end of the study, she said, 60% of the inmates enrolled had a history of TB. Although HIV treatment for inmates was effective, poor ventilation and overcrowding encouraged the spread of TB, especially to immune­compromised patients.

In February, Josephine and Margaret decided to visit Pretoria’s Local Prison to find out what had killed their brother. The nurses in the hospital bay gave them a bored look and told them to report to the director, they said. Warders led the sisters through the prison to the office of the prison director.

It was not hard to imagine disease spreading through that overcrowded prison, the sisters said. Clothes and towels hung from bedposts and windows in the communal cells, where it was common for three men to share a bed, whereas some ended up sleeping on the floor. One toilet was shared by 60 men.

“Bobby phoned us when they first locked him up in Johannesburg’s Sun City prison,” Josephine said. “He told us that everyone in his cell was smoking and coughing. He was afraid. Later, he was coughing blood. He asked the warders to transfer him to a cell with fewer inmates.”

When Bobby was transferred to Pretoria Local, his sisters travelled by taxi for four hours every day from Soweto to Pretoria and back to take care of their brother. Said Josephine: “He was given medicine on an empty stomach, so we had to bring him groceries.”

Letters to the prison authorities about the alarming state of their brother’s health and requests for medical parole went unanswered or were rejected. Bobby’s situation deteriorated further.

“He lost a lot of weight. At one point, he could hardly walk.” Finally, Bobby was admitted to Kalafong Hospital in Pretoria for treatment. His health improved in the provincial hospital. But a few weeks later he was sent back to prison, where his health lapsed. “He was really scared. I told him to have faith in God. There was not much else I could suggest,” said Josephine.

When his request for medical parole — which allows terminally ill inmates to die in peace and dignity in their homes – was also rejected, his lawyer successfully appealed his sentence. But by that time it was too little too late.

Update
In response to questions about the treatment of TB in prisons, and infection-management strategies, the department of correctional services provided the following statement:

In the department of correctional services, on admission into the correctional centre, inmates are screened to detect undiagnosed active TB and to identify patients who were receiving treatment before incarceration to ensure they are monitored and complete their treatment.

All pulmonary TB suspects (identified during the screening process, those who are HIV positive and those suspects identified during encounters with health care professionals) submit sputum samples for diagnostic smear microscopy. TB suspects are referred for X-rays for chest radiography where indicated. Based on the diagnosis made either by the smear and /or chest radiography, the patient will be isolated and /or admitted to the in-patient facility. TB intensive phase treatment will be prescribed according to patient category (such as whether new or for re-treatment, relapse) and classification of the disease (pulmonary or extra-pulmonary). The patient will be put on directly observed treatment short course) to ensure that treatment is taken as prescribed and is completed. TB patients are continuously monitored for side effects of TB treatment.

Contact investigation is also performed in correctional centres. Contacts are those persons who share the air for prolonged periods of time with an active TB case, or who could have been exposed to the patient when s/he was likely to have been infectious. All contacts of a smear positive pulmonary TB case are screened to identify and treat active cases of TB. Babies who are contacts are referred to public health facilities for diagnosis and initiation of treatment.

All the prescribed documents will be completed during all the encounters with the patient. The required documents are also submitted to the district/ sub-district within which the correctional centre is situated for capturing of the data on the electronic TB register. This is part of the monitoring and evaluation process.

Ruth Hopkins is a senior journalist at the Wits Justice Project, which investigates miscarriages of justice