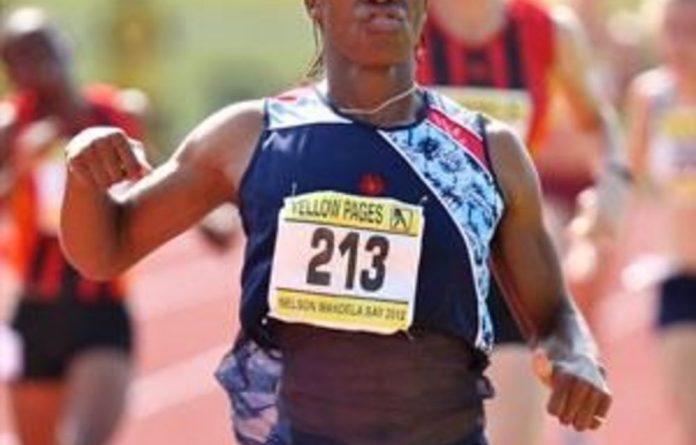 Caster Semenya, the former women’s 800 metres world champion, has still not secured a place in South Africa’s Olympic team despite victory at the national championships on Saturday, while Oscar Pistorius’s bid to be the first amputee competing on the track at the Olympic Games suffered a setback as he came seventh in the 400 metres final.

Semenya won the 800m final in a time of 2:02.68, well short of the Olympic qualification mark of 1:59.90 needed to compete in the London Games later this year.

She has until June 30 to achieve the qualifying standard.

Semenya made her mark on world athletics when she clinched the 800m world title in Berlin in August 2009 before an enforced break of almost a year following controversial gender tests.

She lost her world title last year when she finished second at the world championships in Daegu, South Korea.

The 21-year-old Semenya, running just her second two-lap race under the tutelage of her new coach Maria Mutola, led from the front throughout.

She finished comfortably ahead of the second-placed athlete Mandie Brandt, who ran a 2:04.36.

Pistorius, whose time was short of his season best 45.20, never looked in contention after starting slowly and battled to cope with the searing pace set by Moeng on a hot and breezy day.

The 25-year-old Pistorius, running in lane two, seemed to struggle over the last 100 metres and after the race he said he had felt fatigued.

“It was fine until the 300 then I just felt tired,” he told Reuters.

“I felt at that point I was second coming into the corner and then I felt like I was at the verge of pushing it into the red. I didn’t see the point of really doing that,” he added.

Pistorius shrugged off suggestions the race was a stumbling block to his Olympic qualification.

“It’s not a train-smash at all. I’m not overjoyed but I’m not prepared to get injured now for a title that doesn’t really mean much,” he added.

Pistorius beat the Olympic qualifying time of 45.30 in Pretoria last month but he must repeat that performance in an international meeting before June 30 to make the team for the London Games which start in July this year. — Reuters.

World Athletics, in its pursuit of Semenya, has destroyed anything resembling fairness. The waters have been polluted, leaving future generations to wade through a set of rules that make sense to very few people.
Read more
Sport

Wanted: A single hymn sheet from which Athletics South Africa and its athletes can sing to improve their medal haul at the upcoming Olympics in Tokyo
Read more
Sport

With the Jamaican out of the picture, South Africa’s favourite in a new generation of sprinters may just snatch the gold
Read more
National

Ford, on the road to freedom

Navigating the world as a little person is no big deal. But it can be exhausting when other people feel entitled to comment on your height
Read more
Advertising
Continue to the category
Politics