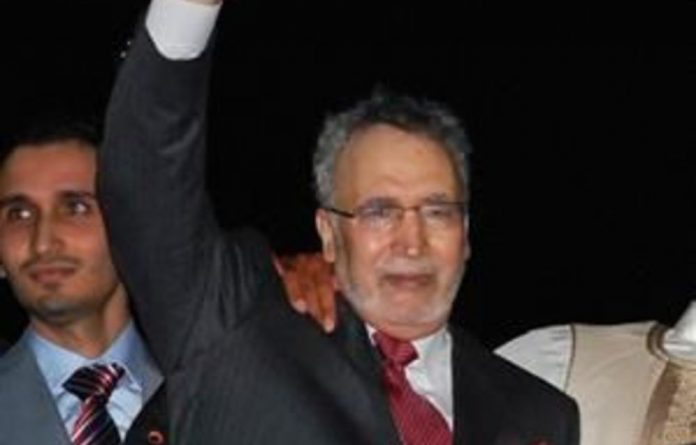 Abdelbaset Ali Mohmet al-Megrahi, the Libyan convicted of the 1988 Lockerbie plane bombing, was unconscious and in critical condition in hospital on Sunday, a close relative said.

“He is unconscious and his condition has been very critical over the last three days,” a member of the family who declined to be named said.

“Three days ago [Friday] he lost a lot of blood to the extent his life was in danger,” the relative said, adding that Megrahi was hospitalised for an emergency blood transfusion.

“He hadn’t been able to speak for 11 days so we were afraid,” he said.

In Al-Afia clinic, near Tripoli international airport, members of his family shuttled in and out of his bedroom but declined to speak to the press, an Agence France-Presse journalist at the scene said.

“We are very tired,” his brother said.

“We feel a huge loss because he was a prisoner for 10 years and then came back to us sick,” said the relative, adding that his family has since been under “huge pressure” from the press and even come to blows with reporters.

Medical officials at the hospital declined to comment on his health.

“It is against hospital policy, medical ethics and the wishes of his family,” clinic director Fawzi Addala said.

Only three months left to live
A Scottish court in 2001 convicted Megrahi of the December 1988 bombing that killed 270 people, but he was released on compassionate grounds in 2009 and allowed to return to Libya.

Doctors said at the time that he had terminal cancer and only three months left to live.

Last August, during the revolution which toppled Moamer Kadhafi, brother Abdel Nasser told reporters outside the family home in a residential district of Tripoli that Megrahi was “in and out of a coma”.

Amid the lack of law and order after the revolt which brought armed fighters out onto the streets, his medicine had been looted and no doctors were available, the family said.

Megrahi had been greeted as a hero on his return to Kadhafi’s Libya, after having served eight years of a minimum 27-year sentence for his role in the bombing of Pan Am Flight 103 in December 1988.

The fact that he has survived so long has provoked indignation in Britain and the United States.

On the second anniversary of the release of the former Libyan intelligence agent who has always maintained his innocence, the Scottish government insisted its decision to free him had been vindicated.

But British Prime Minister David Cameron has criticised the release as a “terrible mistake”, and Deputy Prime Minister Nick Clegg said he would like to see him “back in jail, behind bars”.

Most of those killed in the bombing of the Boeing 747 jet headed from London to New York were Americans. All 259 passengers and crew were killed, along with 11 people on the ground. — AFP