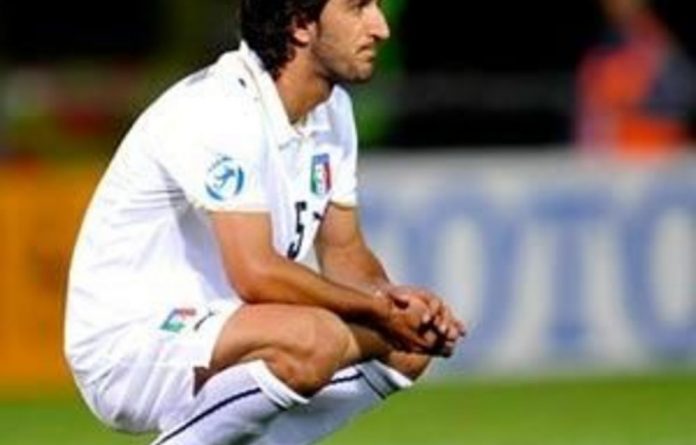 After Fabrice Muamba collapsed and almost died while playing for Bolton Wanderers a month ago, there were renewed calls for more stringent medical checks for professional athletes.

Those calls are only set to increase following the death of Italian footballer Piermario Morosini aged just 25 on Saturday after he suffered a heart-attack while playing for Livorno against Pescara.

There have been several high-profile cases of players dying while playing what is not just a sport but a form of entertainment.

Cameroon midfielder Marc-Vivien Foe is the most high-profile casualty, collapsing during the Confederations Cup in 2003.

In 2004, then Hungary international Miklos Feher and Brazilian defender Serginho both collapsed and died on a pitch.

While rare, such cases receive huge publicity due to the popularity and profile of football.

And as ever with such tragedies there are calls to improve health and safety at sports events.

Health and safety review
Such advancements happened after boxers Michael Watson, in 1991, and Gerald McClellan, four years later, were left paralysed after suffering blood clots on their brains during title fights.

The calls for a health and safety review will be made in Italy now but this is a country where such things are already taken very seriously.

Back in 1969 forward Giuliano Taccola died of heart failure in the Cagliari dressing room while Perugia striker Renato Curi died of a heart-attack during a match against Juventus in 1977.

An adult cannot even join his local martial arts or boxing club without first getting a medical check-up.

Already back in 1989 the Italians were prepared for such eventualities as ex-international Lionello Manfredonia recounts.

He suffered a cardiac arrest on the pitch in 1989 when playing for Roma against Bologna, an episode that ended his career.

‘Sad destiny’
“Professional sportsmen are always monitored, for Morosini it was a sad destiny,” said Manfredonia.

“I remember my illness, there was an ambulance in the stadium and I was lucky enough to be saved, whereas Morosini didn’t have the same luck, although it seems to me that he didn’t have enough time.

“I was watching the game because I like Pescara and it was a similar episode to mine.

“I don’t know exactly what happened to me, they said it was an infarction but further tests didn’t confirm that.

“Six months later I no longer had my playing licence and maybe that was for the best.”

In October last year when AC Milan’s Antonio Cassano complained of feeling ill after a match against Roma, he was immediately taken to hospital and underwent tests over several days.

It was discovered he’d suffered a minor stroke due to a heart defect.

He had heart surgery and spent months recovering before he was finally given the all clear to resume playing earlier this month.

But that wasn’t until he had passed a number of checks to demonstrate he was fit to undertake rigorous physical exercise that his licence was restored.

The Italians themselves insist they take every precaution necessary.

Morosini’s youth team coach at Atalanta claimed there had never been any signs of a problem during the player’s formative years.

“There was never the slightest problem in the medical tests he took,” said Mino Favini.

“We’re obliged to make annual controls and verifications and he never had a problem.”

However, the Minister for Tourism and Sport Piero Gnudi said more still needs to be done.

“The recent repetition of this type of dramatic event must alert us to the need to do everything possible to guarantee accurate and frequent medical controls to limit in every way the possibility that similar episodes happen again,” he said. — AFP

No Neymar, no problem as Brazil begin new Copa reign

Messi vows to play on after latest Argentina heartache