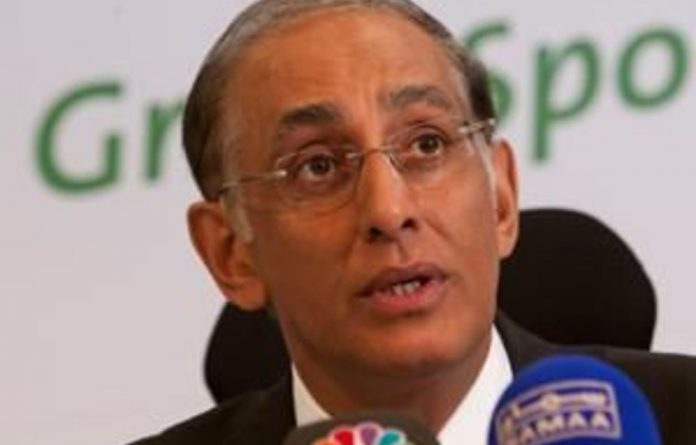 The 2014 World Twenty20 tournament in Bangladesh will be expanded from 12 to 16 teams, giving a boost to associate members who want more involvement in the shortest format of the game, the International Cricket Council (ICC) said on Monday.

The move comes less than a year after the ICC angered the associate members by refusing to expand this year’s tournament in Sri Lanka. The expanded tournament means the 10 full members will be joined by six qualifiers from the 95 remaining cricketing nations.

“What excites me is the decision to extend the World Twenty20 event, which takes place in 2014 in Bangladesh,” ICC chief executive Haroon Lorgat said. “I’m sure that is very comforting to all associate [members] … it provides them with a greater chance of competing on the global stage.”

But the board postponed a decision on the Woolf report, which calls for sweeping reforms of the ICC, until its next meeting in June.

In a statement, the board decided there is “a real need for further discussions” among the directors and members to “build a consensus”.

Lorgat agreed, saying ‘change in any form is challenging and it would be unrealistic to expect immediate decisions’.

Overhauling the cricket body
The 68-page report, which was presented to the board earlier this year, calls for overhauling the sport’s governing body to ensure the ICC is no longer “a club” for the test playing nations. Instead, the ICC should be “positioned and empowered to promote, develop and act in the best interests of the international game as a whole”, the report concludes.

Among its 65 recommendations are several that would reduce the influence of Test-playing nations.

It calls for restructuring the ICC’s executive board to make it independent and give a greater voice to associate and affiliate nations. Currently, the 10 full members are the only ones with a vote on the board but the report recommends adding three independent, voting members and an independent chairperson to lead the board.

The independent report also takes aim at the ICC’s ethics and, in effect, the Test-playing nations with a number of measures aimed at weeding out corruption. It calls for all conflicts of interest to be “declared, assessed and addressed” and that a director who has a conflict of interest and who stands to benefit should be excluded from decision-making matters.

Not everyone agrees
India have been the most vocal in opposing the report while Australia and Pakistan have called for it to at least be discussed. None of the 10 full members have come out in favour of the report’s measures being adopted.

Still, the board earlier this year approved several decisions that are in line with recommendations in the Woolf report.

It approved splitting the various roles of the presidency. Based on the Woolf recommendation, a new system starting in 2014 would limit the presidency to an ambassadorial role, while a chairperson would lead the board. It also approved a $12-million targeted assistance and performance programme aimed at developing more competitive teams.

On Monday, the board also postponed a decision to appoint a new vice-president to replace Alan Isaac, who steps down later this year. The position was supposed to go to Bangladesh Cricket Board president Mustafa Kamal — a joint nomination of the Bangladesh and Pakistan cricket boards — but the ICC board said it first wants to clarify the new role of the board president.

Under the new board structure, the vice-president position will be eliminated after 2014. — Sapa-AP