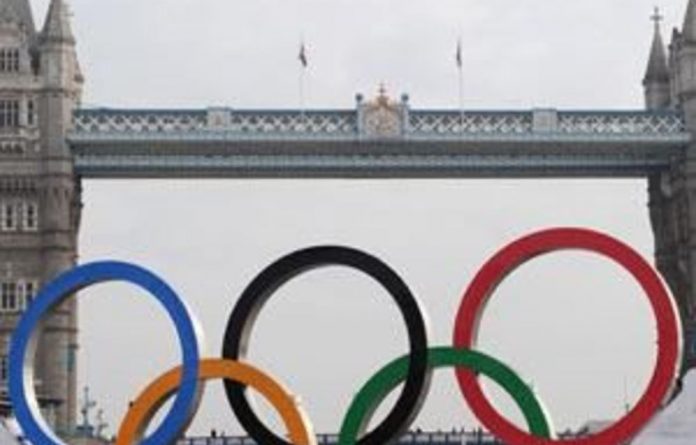 Queen Elizabeth II will declare the London Olympics open on July 27 but while the stadiums are ready with 100 days to go, question marks hang over the security of the Games and transport.

When the flame is lit, London will become the first city in the modern era to host the Olympics three times, having already had the honour in 1908 and 1948.

the last time the event came to London, Britain was still gripped by the effects of World War II which had ended barely three years earlier and the makeshift approach earned it the label the “austerity Games”.

With Britain’s economy still in the doldrums, austerity will leave its mark on these Olympics too, albeit to a far lesser extent than in 1948, when competitors were housed in military barracks and university dormitories.

Despite a budget of £9.3-billion ($14.8-billion, €11.2-billion), the Games will be on more modest scale than the spectacular 2008 Beijing Olympics at which China announced its growing global presence.

“We are not coming out as a superpower,” noted Britain’s Olympics Minister Hugh Robertson.

The job of putting the stamp of Britishness on the opening ceremony has been handed to Danny Boyle, the director of the multiple Oscar-winning Slumdog Millionaire.

With the theme Isles of Wonder, Boyle has promised a fitting curtain raiser before 10 500 competitors from 204 countries do battle.

When the sport begins, one of the big questions is whether China can maintain its performance of four years ago when on home soil it topped the medals table for the first time.

Two of the stars of those Olympics are set to make a huge impact again, with Jamaican sprinter Usain Bolt likely to be the face of the Games, closely followed by US swimmer Michael Phelps, who won eight golds in China.

London’s bid was based on the promise that hosting the Games would leave a lasting legacy for the city. The International Olympic Committee believes it has achieved its aim so far — the residents’ verdict will only come later.

Future use
Some of the venues on the Olympic Park, built in a deprived part of east London, will be maintained after the Games, while others will be retained but scaled down.

The future use of the 80 000-capacity Olympic Stadium has yet to be determined beyond hosting the 2017 world athletics championships, although West Ham United football club are among four bidders to take it over.

The long-neglected East End should continue to benefit from the new ultra-modern Stratford rail station as well as the low-cost housing made from some of the Olympic village accommodation and a nature park along the Lee Valley.

“We can already see tangible results in the remarkable regeneration of east London,” Rogge said.

The two unanswered questions are weighty ones: the ability to get spectators and athletes around an already congested city, and security, 40 years since the the bloody hostage-taking of Israeli athletes at the 1972 Munich Olympics.

Some £6.5-billion has been spent on modernising the transport system, including the world’s oldest underground train system, and 48km of Olympic road lanes should help speed the travel of VIPs.

Ordinary Londoners though are being urged to work from home or spend an extra hour in the pub after work to ease peak-time congestion.

Security
Security has cast a shadow since the day after London was awarded the Games, when suicide bombers killed 52 people on the transport system.

A combined force of more than 40 000 soldiers, police and private security guards will be mobilised for what Cameron called the “biggest and most integrated security operation in mainland Britain in our peacetime history”.

Exercises have been held to prepare for every eventuality, but the possibility of disturbances was underlined by a protest swimmer who halted the traditional Oxford-Cambridge University Boat Race this month.

London Olympics Organising Committee chairperson Sebastian Coe is confident of delivering a “safe and secure” event but acknowledges the need to avoid a suffocating security blanket.

“You want people coming to London feeling that they are coming to a city that is celebrating and not overwhelmed by security,” Coe said.

“These are an Olympic Games — they are taking place in London, not siege-town. There is a balance to be struck.” — AFP