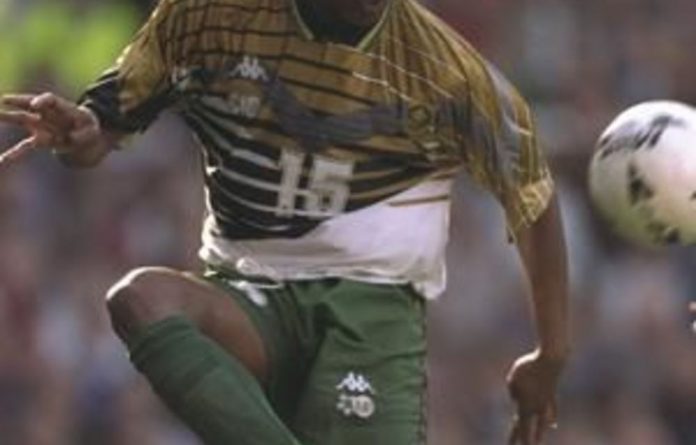 Maritzburg United piled more misery on Kaizer Chiefs as they stole a 1-0 win to dent the Glamour Boys’ Premiership aspirations in Polokwane on Tuesday night.

The sides were deadlocked at 0-0 at the interval.

Cuthbert Malajila broke Amakhosi hearts with a 76th minute strike scored against the run of play when the KwaZulu-Natal outfit looked to be settled with a point from the stalemate.

This is United’s first victory of the year having drawn five and lost four of their previous nine encounters.

It moved them away from the relegation zone area as they move up three places to 10th on the log with 29 points.

Meanwhile, it’s a second successive defeat for Chiefs, having lost by the same scoreline at the weekend to Free State Stars in the Nedbank Cup, also at the Peter Mokaba Stadium.

Change of coaches unsettling Amakhosi?
Chiefs recently had a change of coaches, with Donald Khuse and Doctor Khumalo taking charge temporarily, after the side parted ways with Vladimir Vermezovic last Thursday.

Amakhosi face a rare season without having won a trophy, the last time being in 2002.

With six games left in the campaign, Chiefs are fourth on the table with 40 points — six below log leading Mamelodi Sundowns and second-placed Orlando Pirates.

It was a disjointed Chiefs display, with little improvement from the side, which played Stars in the Cup on Saturday.

They chose to start with the more offensive Lucky Baloyi in the middle of the park ahead of Tinashe Nengomasha, while captain Itumeleng Khune returned in goal after two weeks out with injury.

Khune was tested as early as the third minute as Kurt Lentjies found the woodwork from a freekick on the edge of the box.

This was United’s only meaningful chance of the first 45 minutes, while they played one man upfront with top striker Diyo Sibisi starting from the bench.

The home team could have taken a lead through defender Dominic Isaacs, whose shot was cleared off the line a few moments after Lentjies’s effort.

Siphiwe Tshabalala found the side netting midway through with Abia Nale shaving the upright with a cracking shot in the 34th minute.

The second half started off sedately as United looked to settle for the draw to add to their 11 draws accumulated this season.

Chiefs fashioned a chance on the hour mark as Nale crossed for substitute S’thembiso Ngcobo, who was tackled as he was about to take a shot.

Late goal
Then the Team of Choice squeezed in the crucial winner to leave the hosts frantically surging forward for an equaliser.

Even Khune went forward to take a freekick on the edge of the box, which sailed narrowly wide while Isaacs headed wide with the last play of the game from a set piece.

It is a major morale boost for United, who were knocked out of the Nedbank Cup by Sundowns on Saturday. — Sapa