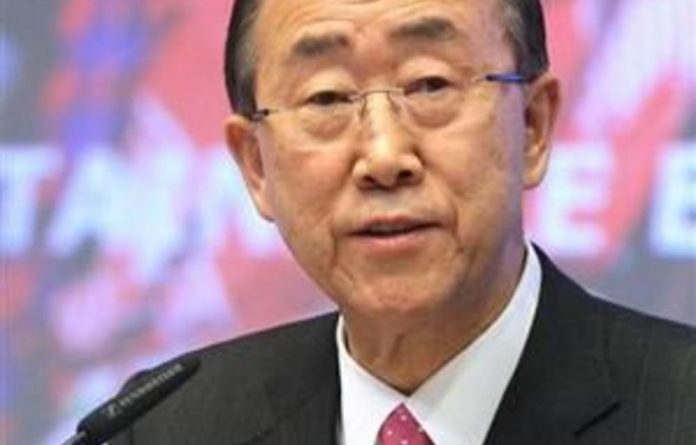 The United Nations stepped up complaints about Morocco’s actions in Western Sahara as the UN security council sought on Tuesday to find ways to end the deadlock over the territory’s future.

UN leader Ban Ki-moon told the council in a report that the UN mission’s communications from the Moroccan-controlled territory with UN headquarters have been “compromised”.

He added that various “factors have undermined the mission’s ability to monitor and report consistently on the situation” in Western Sahara and asked for the mission to be beefed up.

With years of UN-brokered talks between Morocco and Polisario Front rebels showing no sign of a breakthrough, the security council also faces growing pressure to let the mission investigate human rights violations.

Diplomats said the UN report was one of the most critical in many years on events in Western Sahara, which Morocco started to annex in 1975 after Spain withdrew. The Polisario Front started a guerrilla war and the UN brokered a ceasefire in 1991.

“Allegations of spying on the headquarters of the MINURSO mission particularly show the UN’s frustration,” said one security council diplomat. MINURSO is the official title of the UN mission.

Compromised confidentiality
Ban’s report said there have been “indications that the confidentiality of the communications between MINURSO headquarters and New York has, at least on one occasion, been compromised”.

He did not say who had interfered with UN communications. But the UN compound is a former hotel in Laayoune, the main city which is under Moroccan control.

The compound is surrounded by 21 Moroccan flags and the UN is also upset that Morocco forces UN cars to display Moroccan diplomatic plates. Elsewhere in the world, UN vehicles use a neutral UN registration. When the cars cross into areas controlled by the Polisario, they have to change to UN plates.

Ban’s report said the flags and the registration plates “create an appearance that raises doubts about the neutrality of the mission”.

“In parallel, the Moroccan police presence outside the compound discourages visitors from approaching MINURSO in an independent capacity.”

The UN leader said “MINURSO is unable to exercise fully its peacekeeping monitoring, observation and reporting functions, or to avail of the authority to reverse the erosion of its mandate implementation capabilities on its own”.

“It is a hard-hitting report,” said one Western diplomat.

‘Deplorable’
But there has also been controversy because the original version of the report was twice altered by the UN secretariat. Some diplomats and the Polisario Front said Morocco, a current council member, backed by France, had pressed for the changes.

Polisario UN representative Ahmed Boujari said Morocco and France had put “pressure” on the UN “to change or weaken the meaning” of the report.

Moroccan diplomats made no immediate comment and a French UN mission spokesperson strongly denied what he called “groundless allegations”.

Ban has asked for an extra 15 military observers to be added to the mission of 228 “to bolster its monitoring capacities”.

He has also asked again for the mission to have greater powers to look into allegations of human rights abuses.

The 15-nation security council is working on a resolution to extend the mandate of the mission in Western Sahara which has to be passed this month. — AFP