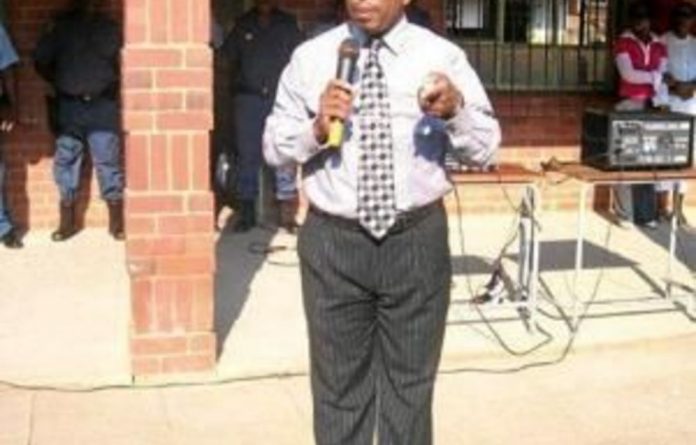 When a fish dies it rots from the head down, goes the saying, which simply means that when an organisation or state fails, it is the leader who is the root cause.

A diagnosis of the deteriorating state of education points to a serious lack of leadership and management skills among school principals in most schools across the country.

Education experts and commentators argue that schools with high learner achievements are those with dynamic leadership and motivated teaching staff. In its Strategic Plan 2010-2013 the department of basic education highlights the centrality of principals in creating an environment conducive to quality education.

Performance Solutions Africa, a consulting firm specialising in performance improvement, has developed a customised eight-month principals training course to deal with shortcomings in the system.

She said the programme was adapted from her company’s successful training methodology and the company wanted to share this with the education community.

PMDP covers six modules that deal with the core functions and elements of school management. These are: direction and planning, school governance, curriculum management, people management, resource acquisition and management and financial management.

Njapha said the company works closely with the provincial department of education, districts, teacher unions and the University of KwaZulu-Natal (UKZN) to get their buy in and also to make sure the content is of high quality and is relevant.

A financial and auditing firm, PricewaterhouseCoopers, has been brought in to help with modules on finance, while the UKZN accredits, quality assures and provides strict moderation of the participants’ portfolio of evidence. Njapha said coaching forms a critical component of the programme, in which principals work closely with mentors to ensure they implement at the school what they learn.

The programme was first piloted at 50 KwaZulu-Natal schools in 2009, with 80% of principals selected from poor rural areas. Schools that participated inthe programme, said Njapha, have recorded dramatic improvement in matric pass rates, and she reckons this shows a clear correlation between good management and matric pass rates. “We are very pleased that over the three years of delivering the programme, from 2009 to 2011, we can demonstrate an annual average improvement of 7.4% which is above the provincial average,” she said.

The project has since been extended to more than 1 200 schools and PMDP intends to roll it out to other provinces. Principals from the Free State, Eastern Cape and North West have already shown interest.

“I lacked the ability to do follow-ups. Every Wednesday I would hold meetings with my staff and agree on certain things, but in the next meeting we would start all over again. My financial management skills were also weak, but now I know how to draw proper budget plans and to present credible financial statements thanks to the programme,” said Khomo. He also praised the on-site coaching element.

Ndwalane said she had had difficulties in the same areas as Khomo. Ill-discipline among the learners was another of her biggest challenges, but after she underwent the training she learnt how best to handle such challenges.

“Thanks to the programme I feel confident about my leadership capabilities. I draw up a school plan and a proper budget and have developed a system to track and monitor the performance of both learners and teachers,” Ndwalane said.

‘This would be a very serious disincentive to investment,’ says Thabo Mbeki in a document arguing that the ANC should not proceed with the Constitutional amendment of section 25
National

Gigaba denies he allowed Gupta allies to strong-arm SAA into...

The former minister was confronted with testimony that the airline was bullied, including by his special adviser, on his watch
Advertising