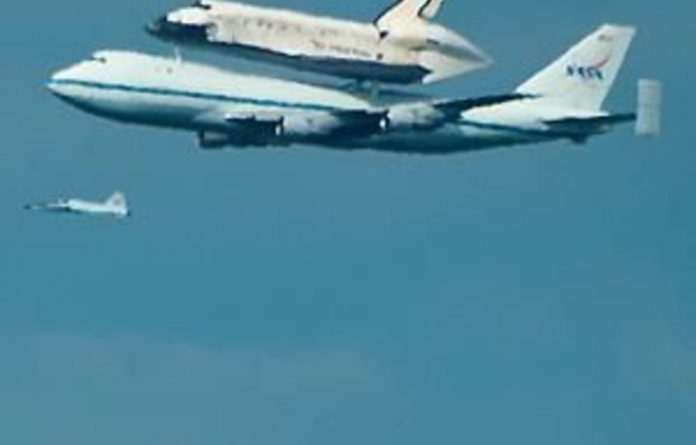 The space shuttle Discovery made its final voyage on Tuesday: a piggyback jet ride to the Smithsonian National Air and Space Museum annex in Virginia.

The United States retired its space shuttles last year after finishing construction of the $100-billion International Space Station, a project of 15 countries, to begin work on a new generation of spaceships that can carry astronauts to destinations beyond the station’s 384km orbit.

Discovery, the fleet leader of Nasa’s three surviving shuttles, completed its last spaceflight in March 2011. It was promised to the Smithsonian Institution’s National Air and Space Museum in Washington, the nation’s official repository for space artifacts.

“It’s sad to see this happening,” said Nasa astronaut Nicole Stott, a member of Discovery‘s final crew. “But you look at it and you just can’t help but be impressed by it. That’s my hope now, that every time someone looks at that vehicle they are impressed, that they feel that this is what we can do when we challenge ourselves.”

For its last ride, Discovery took off not from its seaside launch pad but atop a modified Boeing 747 carrier jet that taxied down the Kennedy Space Centre’s runway at dawn. The shuttle’s tail was capped with an aerodynamically shaped cone and its windows were covered.

“It’s a very emotional, poignant, bittersweet moment,” said former astronaut Mike Mullane, a veteran of three space shuttle missions. “When it’s all happening you think, ‘This will never end,’ but we all move on.”

After a looping around the US capital and delighting spectators on the National Mall, the shuttle carrier plane touched down at Washington Dulles International Airport shortly after 11am EDT.

Discovery, which first flew in August 1984, was to be transferred to the Smithsonian’s nearby Steven F Udvar-Hazy Center in Chantilly, Virginia.

Discovery will replace Enterprise, a prototype orbiter on display at the museum that was used for atmospheric test flights in the 1970s.

Enterprise is being transferred to the Intrepid Sea, Air and Space Museum in New York City this month.

Sisterships Endeavour and Atlantis will go on exhibit at the California Science Center in Los Angeles, and at the Kennedy Space Centre Visitor Complex in Florida, respectively, later this year.

“We need to preserve our history for future generations and send these off to museums to remember what we did,” said former astronaut Steven Lindsey, the commander of the last Discovery crew who now works with privately held Sierra Nevada Corporation, one of several firms developing commercial space taxis for Nasa and other customers.

“All the lessons learned from shuttle, we’re using in the design of our spacecraft. We’re updating the technologies, but the basic principles are the same. Every programme builds on the previous programme,” Lindsey said. — AFP