Manyi: E-Tolling protest is democracy being rolled out 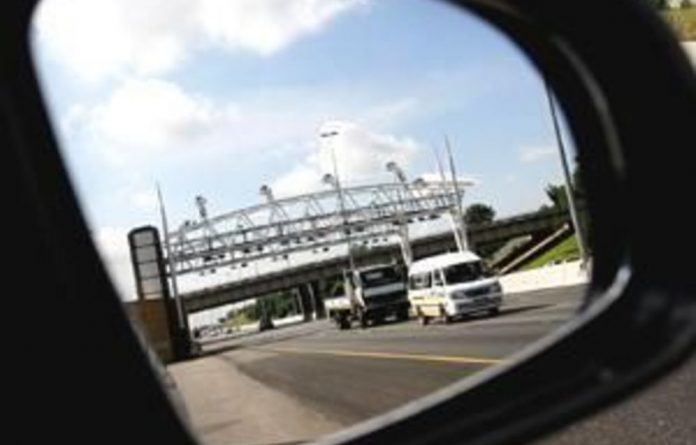 The protests against the e-tolling system is an example of “rolling out democracy”, Cabinet spokesperson Jimmy Manyi said on Thursday.

“While Cabinet is concerned about the opposition towards the system, the whole process is quite simply a roll out of democracy,” Manyi told reporters at a post-Cabinet meeting press briefing in Pretoria.

Manyi’s comments come just 12 days before the e-tolling system is due to begin in earnest, in the face of massive civil opposition.

On Monday, Cosatu threatened to stage the “mother of all protests” against the e-tolls before its planned implementation on April 30, and is “looking for a legal angle” to challenge the system.

The Opposition to Urban Tolling Alliance (Outa), a union of civil society organisations and private companies, has already done that: its bid to interdict e-tolls at the North Gauteng High Court is due to be heard on April 24.

The R20-billion South African National Roads Agency Limited (Sanral) project was implemented in order to address the quality of the roads in Gauteng, and reduce congestion. About 185km of Gauteng’s road network has been or is in the process of being upgraded, and the e-tolling component of the programme will see motorists billed electronically when using the province’s N1 highway.

Commuters have been encouraged to register an e-tag which will monitor each time they pass a specific gantry on the highway and charge the road user accordingly. Cars without e-tags will have their licence plates monitored and billed for their journeys.

Manyi said on Thursday that while government had undertaken a number of strategies to mitigate the financial impact of e-tolling on consumers, if the government did not implement e-tolling, national health and education programmes would suffer as a result. This would be as a result of the cost of the system burdening the national fiscus.

“If people voice their opposition through the correct channels and the rule of law is supreme then there shouldn’t be a problem. If people want to go to court, that’s what they are there for,” Manyi added.

Sanral’s Nazir Alli, who was also present at the briefing, echoed Manyi’s sentiment saying government “has gone a long way” to help make the system affordable.

“Nobody asks what would have happened had we not undertaken those improvements on Gauteng’s highways. Sanral never hid the fact e-tolling was going to cost money,” Alli said.

He added that besides the “massive financial burden” that would be placed on the fiscus if e-tolling was scrapped, as many as 1 200 jobs would be lost and the country’s international credit rating would be threatened.

According to Sanral there are as many as 500 000 e-tags currently registered, with the number increasing since the announcement of penalty fees for commuters who don’t fit tags or who pay fees late.

Sanral previously set a rate of R0.58 a km rate for commuters without an e-tag, while registered e-tag users are charged R0.30 per km.

However this past weekend Sanral said users who don’t fit e-tags will be charged R1.75 per kilometre.

* A previous version of the story did not make the implications on health and education clear.

* A previous version of the story said the e-tolling system is an example of “rolling out democracy”, whereas, in fact, Manyi said the protests against the e-tolls is the example.