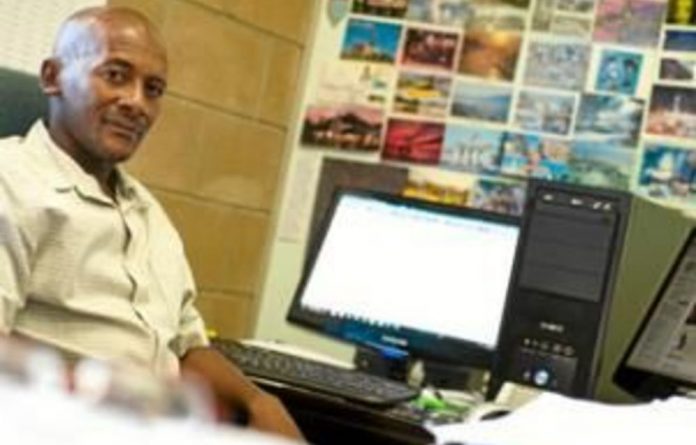 Professor Bhekisipho Twala is a highly gifted research scientist with more than 15 years experience in putting mathematics to scientific use in the form of data comparison, inference, analysis and presentation.

He has designed, collected and interpreted data experiments in the fields of transport, medicine, artificial intelligence (or machine learning), software engineering, robotics and, most recently, in electrical and electronic science engineering.

Twala has consulted for numerous bodies in the public and private sectors, and has served on the editorial boards of the Journal of Computing and Journal of Information Processing Systems.

Twala’s plans for future research work will be influenced by the ideas and opportunities that present themselves in his current post at the University of Johannesburg. He hopes to continue exploring problems in the areas of artificial intelligence and statistical science and is committed to the highest levels of professional and personal excellence.

What sparked your interest in science?

Advances in medicine, transportation and communications have made life a lot easier, but at the same time contribute to new problems, like pollution, habitat loss and dwindling resources. Our best chances for overcoming these problems lie in science and in an improved understanding of our natural world.

Briefly share some of your achievements, awards and your current projects or areas of focus

In 1993 I was awarded a two-year British Council scholarship to study at the University of Southampton in the United Kingdom (UK). This was followed by an Open University award, through which I pursued a doctoral degree. In the past 18 months at the University of Johannesburg I have taken part in, among other things, many university’s committees, such as senate, higher research degree, honorary degree. My versatility and organising ability has been shown by serving in quite a few positions. I have embodied the fine characteristics of strong inquisition and industriousness in artificial intelligence and statistical science research, which has enabled me to gain significant academic success during my post-doctoral research and teaching years in the United Kingdom and, more recently in South Africa.

Which schools and universities did you attend and when?

Science is great because—

Its nature is also the nature to progress.

Commitment to the highest levels of professional and personal excellence.

Was there a particular event or person that persuaded you to follow a career in your specific field?

With advances in data storage and data transmission technologies and given the increasing use of computers by both individuals and corporations, organisations are accumulating an increasing amount of information in data warehouses and databases.

The huge surge in data, however, has made extracting useful, actionable and interesting knowledge from the data extremely difficult. In response to the challenges posed by operating in a data-intensive environment, the fields of data mining and machine learning have successfully provided solutions to help uncover knowledge buried within data.

What is your field of science all about?

Artificial intelligence systems have real importance in modern society and researchers are striving to improve them further. For example, enabling the automatic discovery of regularities in data through computer algorithms is a prime goal of researchers in fields such as pattern recognition. This is recognised as central to human intelligence. Identifying similarities allows us to classify and rank objects, while the ability to extract patterns from data plays a similarly important role.

Many engineers working in processing industries are often overwhelmed by the amount of data available to them. Until recently, most industries collected only a small amount of information on their processes.

Process engineers had few observations on a small number of critical variables that helped them make decisions on how the process was to be operated. That situation has changed with the development of electronic data-gathering systems, such as distributed control systems. Process engineers now have many observations available on a multitude of variables. They can also store these observations electronically for study and review at any time.

How important or relevant is your field of study to humanity in today’s world?

Part of the magic of classification and prediction tasks is found within classification techniques. This involves using sophisticated algorithms to “learn” complex patterns based on large amounts of data to make optimal decisions.

Processing information in engineering and in other fields needs a certain degree of proficiency in using the appropriate statistical tools for analysing many types of data problems. These problems can range from selecting random data samples to designing statistical experiments. For example, engineers might need to know how to construct and apply various prediction or classification techniques.

These analyses usually include the application of statistical process control procedures, covering univariate and multivariate samples.
In addition, there is a need in all areas of application to be able to test a statistical hypothesis and further justify experimental results using statistical science procedures.

The increase in process data has led engineers to seek more training in statistics. A good understanding of basic applied statistical procedures, analysis of variance and experimental design techniques, multiple regression analysis and other applied multivariate techniques, as well as statistical process control, will provide the best statistical background for engineers.

What subject should learners take to qualify for your area of specialisation?

Where can they get more information on the subject?

What do you do when you are not working?

I love most sports, music — jazz in particular — and computer graphics. I also play the trumpet/flugelhorn with the Glen Methodist Church music group in Pretoria East from time to time.

What message do you have for science teachers and learners?

As a student, and later as a teacher, I observed that the best science teachers were those who cared the most about teaching. This passion is one of the single most important components of effective science teaching as it leads to thorough preparation, continuous evolution of teaching skills and the pleasure of watching pupils learn.

The ultimate goal for the teacher is to communicate new information to pupils, not just for them to memorise facts but also to learn how to think. This process can be made more efficient when both the teacher and the pupils enjoy what they are covering.

My secret desire, which I hope will play out in the next 15 years or so, is for cognitive neuroscience to catch up with information technology and give us a deeper understanding of the nature of experiential learning; a real science of learning. Then we might see a quantum leap, a true transformation in education. In the meantime, we must see to it that the best and brightest young South African men and women become our students and, therefore, become the scientists of 2020 and beyond. We simply cannot afford to fail.

Bhekisipho Twala is professor of Artificial Intelligence and Statistical Science in the Department of Electrical Engineering and Electronic Engineering Science at the University of Johannesburg.