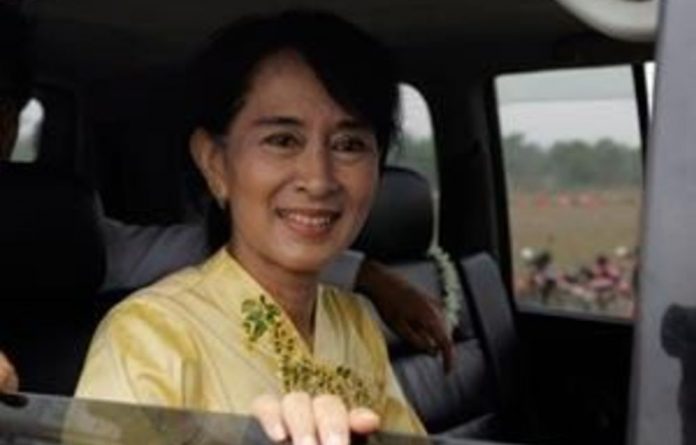 After nearly two decades under house arrest in Burma, Aung San Suu Kyi will travel to Norway and Britain in June, her party said on Wednesday.

It will be the first time she has set foot outside Burma in 24 years and the first time a member of her National League for Democracy (NLD) has made a diplomatic visit abroad.

Nyan Win, her party spokesperson, said she plans to visit Norway first, where she will have meetings in Oslo.

She will move on to the UK and is expected to visit Oxford, where she attended university in the 1970s. But it is unclear which British dignitaries she will be meeting.

“I don’t know the exact dates but she said she will go in June,” Nyan Win said. “She will go to Norway, have some meetings in Oslo, and then go to the UK.”

The travel plan follows months of unprecedented change in Burma, which began when a nominally civilian government took power in 2010 and Thein Sein, the president, ushered in a series of reforms.

Among these was greater freedom of the press, ceasefires with ethnic rebels and the release of political prisoners.

Fear
But the most important change has been the April 1 by-election, which saw Aung San Suu Kyi’s party, the National League for Democracy (NLD), win 43 of 45 parliamentary seats in a landslide win that took many by surprise — not least the ruling Union Solidarity and Development party.

Aung San Suu Kyi — who has lived in Kyoto, Oxford, Delhi and New York — was first detained in 1989 and was kept under house arrest for 15 of the subsequent 21 years.

Despite being encouraged to travel abroad during the brief periods when she was not held by the authorities, Aung San Suu Kyi (66) refused to leave Burma, fearing never being able to return.

Her refusal to leave characterised her steely determination to defy the ruling military authorities, who offered to release her from house arrest to be with her sons and late husband, Michael Aris, who died of cancer in England in 1999.

Having won a parliamentary seat, she is expected to leave Rangoon for the capital Naypyidaw and start work on Monday 23 April.

‘Great progress’
Despite various accounts of voting irregularities, her party’s election victory has been touted by many as a symbol of great progress in Burma, which was ruled from 1962 to 2011 by a military junta.

Many countries, including the US and UK, are expected to end or suspend the sanctions which have long crippled the Burmese economy and kept most of its 50-million inhabitants out of touch with the rest of the world. The EU will meet on 23 April to discuss the subject.

Aung San Suu Kyi was invited to visit Britain when she met David Cameron in Rangoon on Friday 13 April, where she told a press conference at her lakeside villa that the fact she could now consider going abroad, rather than reject it outright, marked “great progress” in Burma.

“Two years ago I would have said thank you for the invitation, but sorry,” she added.

Nyan Win said the NLD was enthused by Aung San Suu Kyi’s decision to travel overseas and that it was a historic turn of events.

“This is the first time the NLD has had this opportunity,” he said. “We are more free now.” —