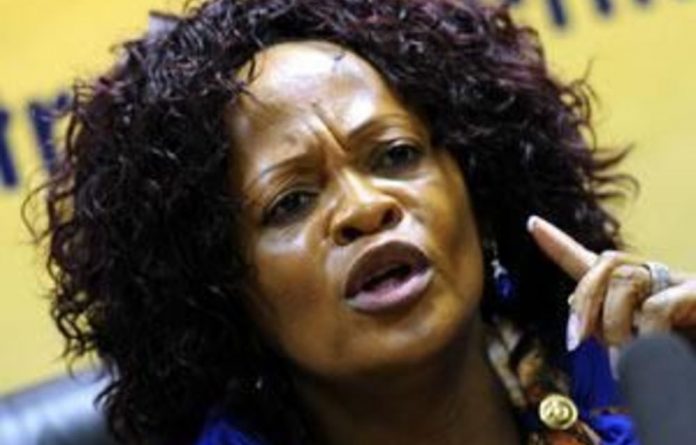 The blaze of public interest around the videotaped gang rape of a Soweto teen is set to shine new light on how underage suspects and rape cases are handled in SA.

The blaze of publicity and public interest around the apparent videotaped gang rape of a teenager in Soweto last week could provide an important test of legislation around the handling of children in the criminal justice system, experts said this week. But it could also show up shortcomings in the handling of rape cases.

With 60 000 rapes reported in the last financial year — and in a week that also featured the sentencing of a boy who raped a girl in a toilet at a school in Tzaneen, and a report of a rape at a school in Soweto — the search for the victim of the recorded rape and debate around the incident have dominated headlines in South Africa and abroad.

That is expected to put considerable pressure on police and prosecutors to both stick to the law and ensure swift passage of the case, in contrast to the many rape cases that remain unresolved, or take years to bring to a close.

“In cases like this you try to find evidence to support what the victim can tell you, things like DNA,” said Beatri Kruger, senior lecturer on criminal and medical law at the University of the Free State, and an expert on sexual offences and children’s legal rights. “There are ways to use the testimony of the victim, but you don’t want to rely only on that.”

Five men and two boys were arrested in Dobsonville, Soweto on Tuesday after being identified from the video. They are expected to appear in the Roodepoort Magistrate’s Court on Thursday. The man with whom the victim was found just before noon on Wednesday was also arrested; it appears that she had been kept there against her will, and a charge of rape against him is also under investigation.

Recent legislation requires underaged offenders to be diverted from the criminal justice system, and kept clear of prisons to a large extent — but that does not mean easy release to the custody of a guardian or lesser sentences, said Kruger. “Even for minors, prosecutors can oppose bail in the usual way if they feel there is a risk of intimidation of witnesses, for instance. Children need to be held under strict conditions, but they can be held.”

Police compliance with the Child Justice Act has come into play in the Eugene Terre’Blanche murder trial, and the need for courts specialising in sexual offences is currently under debate. Both these issues could be crucial in the prosecution of the videoed gang-rape.

The incident, and especially the outrage that followed, were covered in news reports around the world on Wednesday, including by CNN, the LA Times, the BBC, CBS, and AFP, among others.

This has certainly lit a fire beneath officials and political, private and public organisations. Gauteng premier Nomvula Mokonyane issued a statement commending the police for their work in the matter and Gauteng Community Safety MEC Faith Mazibuko went to Soweto to check on their work.

The African National Congress Women’s League expressed outrage; the National Education Health and Allied Workers’ Union condemned the crime, as did Parliament’s Portfolio Committee on Women, Children and Persons with Disabilities; the Commission for Gender Equality; and the National Youth Development Agency. Proudly South African said it was launching a school roadshow to raise awareness about sexual abuse.

On the video itself, both the National Prosecuting Authority and the Film and Publications Board warned that possessing or distributing it would constitute a crime.

But it was on social networks that the general outrage was best reflected. Facebook saw hundreds of links to news articles on the case, with thousands of comments. On Twitter, the issue, under the tag #rapevideo, remained among the top three topics for South Africa throughout the day, and various debates raged around the problem of rape in general, and whether the public should see the video — with some actively soliciting links to the material.

Police on Wednesday denied reports that charges of child neglect were being investigated against the victim’s mother; while the teenager went missing on March 21, the matter was apparently reported only on March 25.

But other matters also seem set to complicate prosecution, including the reported mental disability of the victim, and potential problems in establishing the authenticity of the widely-distributed video of the attack. (Additional reporting by Sapa)