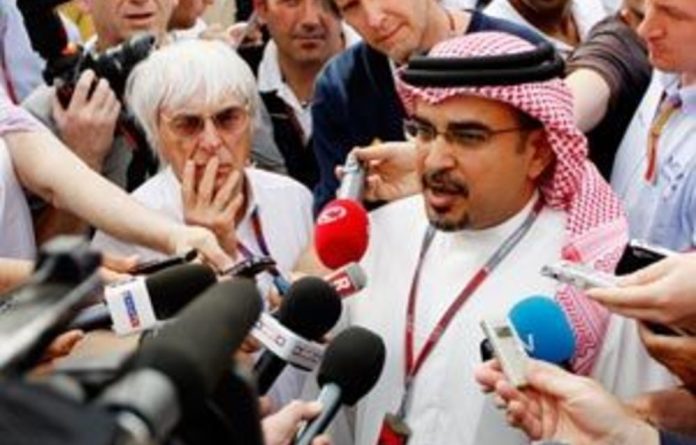 Force India team mulled pulling out of a Bahrain Grand Prix practice session on Friday after a night of clashes between security forces and protesters in Shi’ite villages that left several people wounded.

The team were considering curtailing practice in order to return to their hotel before dark, deputy team principal Bob Fearnley told Autosport magazine.

He said the team might leave early on Friday but would not miss qualification on Saturday afternoon or the race itself on Sunday.

Silverstone-based Force India was rattled on Wednesday evening when four of its mechanics, in a car returning to their hotel from the circuit, were caught up in violent incidents involving protesters and the police.

A petrol bomb exploded close to their vehicle and they had to evade tear gas.

The incident prompted one team member, not involved in the incident, and a contractor hired by the team, to return home despite official assurances that Bahrain was safe. Nobody was injured.

Official assurances
Fresh violence broke out overnight in Shi’ite villages located far from the race’s Sakhir circuit where practice sessions started at 7am GMT and rumbled on until early Friday, witnesses said.

“The people want to topple the regime,” dozens of protesters shouted as they carried pictures of jailed hunger striker Abdulhadi al-Khawaja. “Down Hamad,” they cried, referring to Bahrain’s king, according to witnesses.

Met by tear gas, sound bombs and buckshot, the protesters hurled petrol bombs at security forces, witnesses said. Maskati said he was a participant in a march in Bani Jamra village where tear gas was fired at activists.

The protests were “a message to those taking part in the F1 race to bring their attention to human rights violations in Bahrain,” Maskati said, adding that “95 people have been arrested since April 14” in the runup to the event.

They said police cars were deployed in force on roads between the airport and the circuit on Friday. A small armoured police vehicle was seen on the roadside at the entrance to a neighbourhood in Manama.

The February 14 Youth Movement has called on social networking sites for “three days of rage” to coincide with the race.

Greater equality
And Bahrain’s main opposition group, Al-Wefaq, called for a week of daily protests during the Grand Prix to focus media attention on their long-standing demands for greater equality in the Sunni-ruled kingdom.

The opposition announced that further protests were scheduled for later on Friday, but the government has banned protests in Manama itself.

Amid unease among GP participants, Force India’s Nico Hulkenberg said, “We shouldn’t have been put in this position,” while teammate British driver Paul Di Resta admitted it was an “uncomfortable situation.”

But speaking to reporters at the Sakhir circuit, the chairperson of the Formula One Grand Prix Drivers’ Association, Pedro de la Rosa, said Thursday that safety was “not a concern”.

He had full faith in the decision by the International Motoring Federation to go ahead with the event despite mounting tensions in the kingdom.

Earlier this week, hundreds of protesters carrying banners held a demonstration near Bahrain’s international airport as the race teams flew in.

The Bahrain Grand Prix was cancelled last year in the wake of a Shiite-led uprising against the Sunni monarchy and the brutal government crackdown that followed in which a government commission said 35 people were killed. — Sapa-AFP