Board backs CEO in row over news 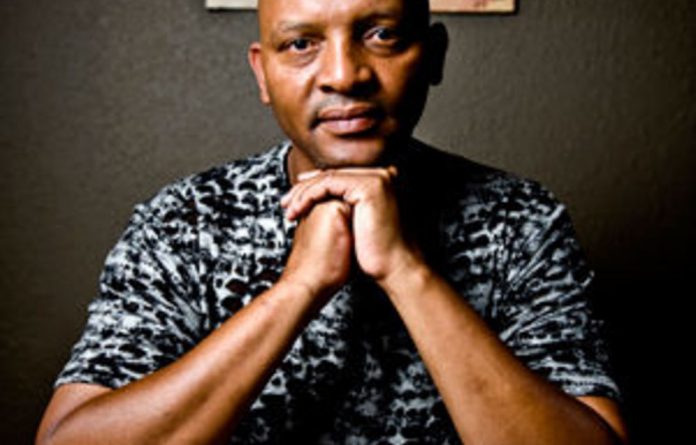 SABC group chief executive Lulama Mokhobo had to provide oversight of the news, but her role did “not allow her to meddle and prescribe”, the public broadcaster’s deputy board chairperson, Thami ka Plaatjie, told the Mail & Guardian this week.

“We would expect her to insist on a balance in the news,” said Plaatjie, who was the general secretary for the Pan Africanist Congress before he joined the ANC.

“We think she made the right move in calling for a balance in how we cover the news, giving views from all sides. When we have debates on issues of national importance, we should have two or three sides of the story, sometimes even more. The South African public then gets the benefit of differing perspectives.”

Editorial independence was the hot topic at the SABC board meeting held on Monday this week, just days after the corporation’s news chief, Phil Molefe, was placed on special leave by Mokhobo, who was concerned about a perceived bias in the news.

The rift in their relationship came about after Mokhobo asked Molefe to provide her with editorial news diaries so that she could monitor the news line-up.

Molefe had later written to tell her the matter required “further engagement” as it touched on the editorial policies of the SABC, which require editorial independence.

The board agreed that Mokhobo was within her rights to monitor allegations of bias in news broadcasts and Plaatjie said she should be able to see the diary “as and when requested”.

However, he said there were so many diaries for television and radio news that it would be impractical for the group chief executive to be supplied with them all.

“You have to remember that we are operating in a politically charged atmosphere at the moment. All items must give a balanced news perspective,” he said. “While the group chief executive is the editor in chief at the SABC, it is important to note that Mokhobo has not sought to interfere with the news operation.”

Plaatjie, an academic who teaches politics and history at Vista University, whose main campus is in Pretoria, said the board meeting involved robust discussion regarding the role of the group chief executive and editorial independence at the SABC.

It was resolved that, should there be any further differences between the group chief executive and the news chief, the issue would be referred by Mokhobo to the board for discussion.

It was further decided, Plaatjie said, that Mokhobo would call an urgent meeting with Molefe to try to settle their differences. These, the M&G reported last week, began shortly after her appointment to the post in January.

Molefe was apparently furious that he was not given the top job because he had been acting as group chief executive since the sudden ousting of Robin Nicholson and was a contender for the post.

“The board resolved that if the group chief executive would like to do so, she can invite some board members to her meeting with Phil Molefe,” said Plaatjie. “If I am invited by Mokhobo to attend, I will do so.”

He added that he was not privy to the date for the meeting, which was to be called “as soon as possible”.

At its meeting this week, the board was presented with Mokhobo’s version of events leading to Molefe’s suspension and legal opinion from Werksmans Attorneys, which was outlined exclusively in the M&G last week.

Werksmans found that Molefe had been selective in his reading of SABC editorial policies and it upheld Mokhobo’s right to concern herself with operational issues, including the news department. To monitor departments successfully and ensure compliance with the editorial code, the group chief executive officer would obviously require information, it stated.

“Such information could be in the form of a daily diary of news, which is intended to be reported,” the legal opinion found. “This cannot be equated to an interference with editorial functions.”

The SABC has allegedly received numerous complaints of bias in news broadcasting, which resulted in Mokhobo calling a meeting with Molefe to discuss the matter.

A senior SABC source said it seemed as if Molefe was “trying to start a revolution” after he gave expelled ANC Youth League leader Julius Malema an unusually long sound bite in which he lambasted President Jacob Zuma.

Molefe was also accused of having shown bias when he gave Zuma “a 20-second sound bite” on his trip to South Korea last month, on which he was accompanied by SABC journalists.

Although Molefe is said by senior SABC sources to have begun to show a lack of impartiality in his selection of the news after Zuma signed off on Mokhobo’s appointment, the experienced newsman has consistently maintained that he has shown no bias in his coverage of the news.

He declined to make any statements this week, but confirmed he was still on special leave.

“I have no comment to make about board plans and meetings,” said Molefe.

Asked if he would attend a proposed meeting with Mokhobo, he replied: “Absolutely. I will certainly attend a meeting with the group chief executive office.”

SABC board chairperson Ben Ngubane, who unilaterally appointed Molefe to the post of head of news in 2010 without the approval of the other board members, told Business Day this week that if Mokhobo and Molefe did not come to an agreement, he could not exclude the possibility of Molefe’s departure from the SABC.

Although it has been claimed that Molefe asked for a settlement of R7-million after he took special leave shortly after Mokhobo’s arrival at the SABC, Plaatjie said it was hoped a workable solution could be found and Molefe would not have to leave the corporation.

“We hope it will not come to that. They will now try and resolve their issues,” said Plaatjie. “They will explore reconciliation.”

Kate Skinner, spokesperson for public broadcasting campaign Save Our SABC, said it was of great concern that there was another management dispute destabilising the public broadcaster.

The SABC is still trying to recover from a financial crisis that forced the treasury to intervene after mismanagement led to an R800-million loss in 2008.

Skinner said the problems at the public broadcaster highlighted the safeguards needed for editorial independence.

Although the group chief executive has powers as editor in chief, there still has to be a separation of powers, Skinner said.

“Ideally, we would like to see the chief executive looking after financial and corporate issues and leaving the news to the news head.

But Molefe has not found favour with the Communication Workers’ Union, which is backing Mokhobo’s decision to put the news chief on special leave.

“Mr Phil Molefe has a track record of being extremely hostile to the trade union movement and biased in terms of broadcasting,” said Mantankana Mothapo, national spokesperson for the union.

“This is what we and other progressive organisations have been raising about the manipulation of the SABC newsroom by senior people at the SABC.”

In an indication of the internal strife causing divisions at the broadcaster, the union said it was concerned about the negative stories that were being leaked to the media by “bitter people, senior and former managers, as well as board members”.

“We suspect that all these [leaks] are because of tenders that are not given to them and their friends,” said Mothapo.