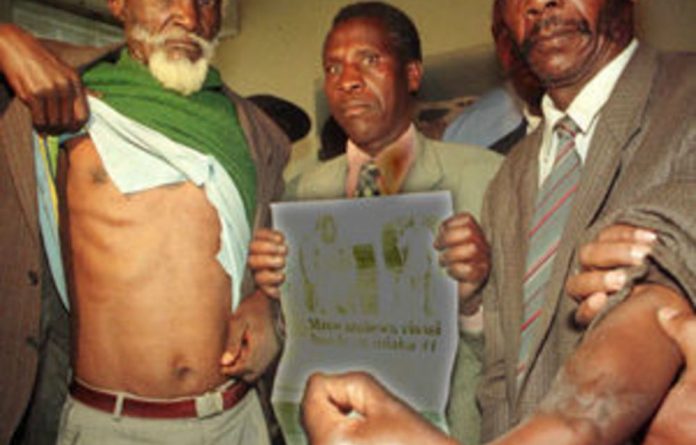 Thousands of documents detailing some of the most shameful acts and crimes committed during the final years of the British Empire were systematically destroyed to prevent them falling into the hands of post-independence governments.

The papers that survived the purge were flown discreetly to the United Kingdom, where they were hidden for 50 years in a secret foreign office archive, beyond the reach of historians and members of the public — and in breach of legal obligations for them to be transferred into the public domain.

The archive came to light last year when a group of Kenyans detained and allegedly tortured during the Mau Mau rebellion won the right to sue the British government.

The foreign office promised to release the 8 800 files from 37 former colonies held at the highly secure government communications centre at Hanslope Park in Buckinghamshire near London.

The historian appointed to oversee the review and transfer, Tony Badger, master of Clare College, Cambridge, said the discovery of the archive put the foreign office in an “embarrassing, scandalous” position. “These documents should have been in the public archives in the 1980s,” he said. “It’s long overdue.”

The first of them have been made available to the public at the National Archives at Kew in southwest London.

The papers at Hanslope Park include monthly intelligence reports on the “elimination” of the colonial authority’s enemies in 1950s Malaya; records showing ministers in London were aware of the torture and murder of Mau Mau insurgents in Kenya, including a case of a man said to have been “roasted alive”; and papers detailing the lengths to which the UK went to remove islanders forcibly from Diego Garcia in the Indian Ocean.

Destroyed evidence
However, among the documents are a handful indicating that many of the most sensitive papers from Britain’s late colonial era were not hidden away but simply destroyed. These papers give the instructions for systematic destruction issued in 1961 after Iain Macleod, secretary of state for the colonies, directed that post-independence governments should not get any material that “might embarrass Her Majesty’s government”, could “embarrass members of the police, military forces, public servants or others such as police informers”, might compromise intelligence sources, or might “be used unethically by ministers in the successor government”.

Among the documents that appear to have been destroyed were records of the abuse of Mau Mau insurgents detained by British colonial authorities, who were tortured and sometimes murdered; reports that may have detailed the alleged massacre of 24 unarmed villagers in Malaya by the Scots Guards in 1948; sensitive documents kept by authorities in Aden, where the army’s Intelligence Corps operated a secret torture centre for several years in the 1960s; and every sensitive document kept by the authorities in British Guiana, a colony whose policies were heavily influenced by successive United States governments and whose post-independence leader was toppled in a coup orchestrated by the CIA.

The documents that were not destroyed appear to have been kept secret not only to protect the UK’s reputation, but also to shield the government from litigation. If the Mau Mau detainees are successful in their legal action, thousands more veterans are expected to follow.

The documents show colonial officials were instructed to separate those papers to be left in place after independence, usually known as “legacy files”, from those that were to be selected for destruction or removal to the UK. Officials were warned that they would be prosecuted if they took any paperwork home — and some were. As independence grew closer, large caches were removed from colonial ministries to governors’ offices, where new safes were installed.

In Uganda, the process was codenamed Operation Legacy. In Kenya, a vetting process was overseen by special branch officers. Clear instructions were issued that no Africans were to be involved: only an individual who was “a servant of the Kenya government who is a British subject of European descent” could participate in the purge.

When documents were burned, “the waste should be reduced to ash and the ashes broken up”. —