Military vets march in Jo’burg, with eyes on Mangaung 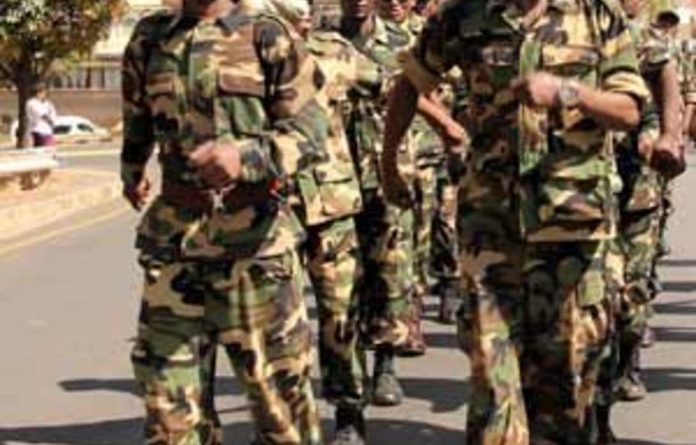 Though they demanded concessions from the city of Johannesburg on Friday, former struggle soldiers seem to be gearing up to use the run-up to the ANC’s elective conference to gain more than just discounted bus fares.

About 250 ex-combatants, around 40 of them in camouflage uniforms, marched on the offices if the city of Johannesburg on Friday to demand special treatment and express dissatisfaction with the benefits they are receiving.

Though small, and mostly unnoticed, the action represented the start of the what the South African National Military Veterans Association earlier this month said would be unprecedented mass action unless the promises made and implied by the Military Veterans Act, passed in 2011, were realised. And such action, in turn, could become important for contenders in what promises to be a fiercely contested ANC elective conference at the end of this year.

The association, which includes former members of armed resistance groups such as Umkhonto we Sizwe (MK) and the Azanian People’s Liberation Army (Apla), said those who fought against apartheid too often continue to live in appalling conditions, lack jobs and suffer from ongoing psychological problems. But they were also quick to point out that while they were frustrated by the speed of delivery, they were not marching against the government.

But the government, in this case the City of Johannesburg government, now has a very specific list of demands, with short associated time-frames. Failure to comply — and failure on at least some demands is certain — will give the association on opportunity to rapidly escalate protests at a crucial time, if it chooses.

“If they don’t respond, then we’ll call on the other regions, and make this provincial, with rolling mass action,” said Sylvester Nakedi, deputy chair of the MK Military Veterans Association in Johannesburg.

Among the demands are special discounts on city bus services, that 10% of business opportunities created by the city must go to ex-combatants, special housing allocations, dedicated skills-development programmes, priority in getting city jobs, and a special directorate in the mayor’s office to coordinate it all. Most of which, marchers said, needs to be accomplished by late June.

Military veterans, along with young people, women and the disabled, fall within a priority beneficiaries categorisation the city uses in rolling out various programmes and projects. Giving the former combatants higher priority than those other groups would be politically tricky at best.

Though it does not represent a large voting block as such, armed-struggle veterans punch above their weight when it comes to moral authority within the ANC, and reversing support for Zuma — or throwing their weight behind a different set of candidates for the ANC’s top leadership positions — could sway branch-level voters.