Kaizer Chiefs: Rage against the ordinary 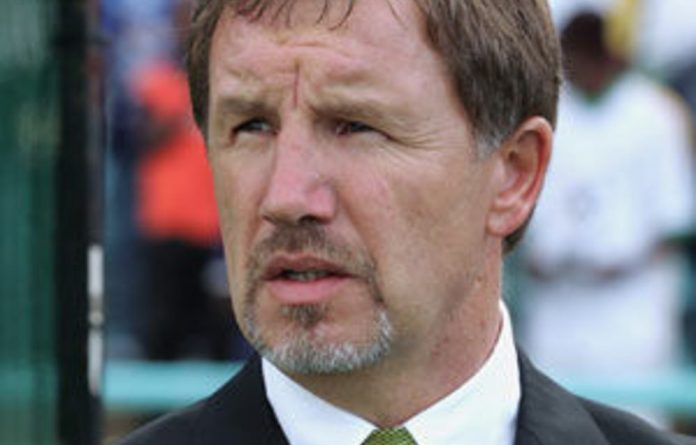 When Stuart Baxter emerged this week as a leading contender to become Kaizer Chiefs coach next season, a groan of dismay echoed through the wired ranks of the Amakhosi support base.

Baxter boasts a long but modest CV, spanning Japan, Scandinavia, England and South Africa. He is a competent tactician with a reputation for delivering progressive football. He was fired two years ago from the Finland job after the country’s failure to qualify for the Euro 2012 finals.

Chiefs and Bobby Motaung are presumably wagering that his Bafana experience, despite his patchy results in charge, will ease his adjustment to the Premier Soccer League jungle.

But by recruiting Baxter the Motaungs would be reaching backwards, deep into the musty sock drawer of South African football history. Already, groundhog day is dawning over most of the league’s technical areas. Doctor Khumalo and Ace Khuse are caretaking yet again at Naturena, whereas Augusto Palacios is reeling in the decades at Pirates. Veterans Gordon Igesund and Muhsin Ertugral are cooking up trusty old recipes at Moroka Swallows and Golden Arrows.

All these coaches have great qualities and stores of wisdom to transmit. This is not an argument for a purge. But the Chiefs vacancy is a chance to shake up the South African game by empowering a rising star, a hot shot, someone with fresh energy, not yet bowed by time or failure. Someone like, well, the Vladimir Vermezovic of two years ago. During his first two campaigns at Naturena, the talented Serb coaxed long spells of fluent, stylish football from his young Amakhosi. But his project never came to fruition. Eventually he was undone by a shortage of commanding, charismatic players in his squad — a weakness he co-designed with the Motaungs – and by dissent in the ranks, allegedly provoked by his favouritism and hot temper.

Whatever the merits of Vermezovic’s firing, his hiring was worth it. A dynamic, potentially abrasive coach is always a risk, but always a better option than a proven plodder.

Merit over nationality
Too often the debate about new coaches is framed as a patriotic choice between foreigners or locals. That is meaningless choice; all that matters is merit. The PSL successes of Ruud Krol, Foppe de Haan and Johan Neeskens offer no guarantee that a Dutch coach is the answer.

But because the clearest indicator of merit is a proven track record in a decent league, the safest bets are mostly foreign and the local bets are scarce. Steve Komphela’s name has drifted off the Motaungs’ radar, whereas Gavin Hunt is probably too explosive for the Chiefs hot seat. Previously well-regarded young prospects Manqoba Mnqithi and Craig Rosslee have drifted into obscurity — both seem to lack the self-belief or diplomacy to thrive under pressure. Owen da Gama is in limbo and Clinton Larsen at Bloemfontein Celtic has not had enough time to prove himself.

Maybe the South African contenders are simply too sane and too honest. Coaching a winning football team is a bit like managing a Ponzi scheme. Short of genuine tactical innovation — an increasingly rare commodity — the variable that defines a consistently winning coach is his capacity to fool his players into believing what he does not necessarily believe himself: that they are better than any given set of opponents.

And it is easier to hoodwink your players if you actually do believe in the invariable superiority of their troops, just as many of the finest con men are often convinced of the legitimacy of their scam, barring the necessary windows of conscious criminality used to take care of the paperwork.

The master practitioners of this school of delusional football leadership were Brian Clough and the young José Mourinho. Both lifted the European Cup with limited teams — Nottingham Forest and Porto — that they bamboozled into forgetting their limits. Many other giants of coaching history — such as Alex Ferguson and Arsene Wenger — have been prone to spells of self-delusion.

Some degree of insanity is part of a winning coach’s toolkit. A few years of average results and a few sackings en route can knock that out of you. Baxter does not have the madness anymore — if he ever had it.